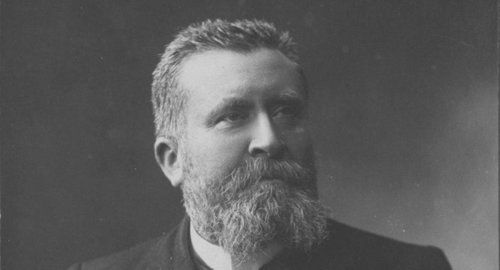 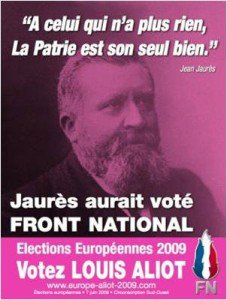 There’s an important connection between political firestorms on opposite sides of the Atlantic—the rise of Donald Trump and the“cuckservative” controversy fascinating the American Right; and the recent claim by the French National Front that they support the ideals of a noted French socialist. These debates shows the Right in the West may be reconstituting itself around ideals of traditionalism, identity, and immigration patriotism rather than the defense of corporate interests.

The “cuckservative” label was a satirical and brutal take on why the GOP and more broadly, the American “conservative movement,” behave like cuckolded husbands—or like those warblers that allow the cuckoo bird to occupy and exploit their nests. Contemporary conservatives accommodate the social agenda of their sworn enemies and occasionally even promote it—Professional Token Conservatives like David Brooks have made careers out of writing “The Conservative Case For…” [gay marriage, immigration reform, etc.] In return, they receive minor concessions such as being allowed to quibble with Obamacare or support cuts in the capital gains tax.

A recent illustration of the uselessness of this programmed opposition: when Hillary Clinton attacked Jeb Bush at the National Urban League, Bush didn’t even respond. Instead, the man who seems to believe he should be President because he has a Mexican wife used “his speech to offer a message of unity” [Hillary Clinton takes on Jeb Bush on racial equality issues, By Zachary Fagenson, Reuters, July 31, 2015].

And sadly, Jeb’s disinclination to even criticize a female Democrat is apparently acceptable to much of the party—Jeb Bush has far lower negative ratings among likely Republican voters than Donald Trump, even though Trump remains the frontrunner [Here’s the lowdown on who supports Donald Trump, by Emily Ekins, Federalist, August 5, 2015].

How voters can be OK with presidential candidates who in no way represent their stated views in polls is a mystery, especially when it comes to an open supporter of mass immigration like Jeb Bush. Either the masses of Republicans who feel good about him are as cuckolded as their would-be standard bearer, or they are incredibly stupid. I’m not sure there is a third possibility.

Establishment Republicans were also gleefully eager to help tear down every Confederate battle flag in the country and rename anything honoring a Confederate hero in Southern states. In response to Leftist hysteria, Republicans actually try to outdo the Democrats as the party of Political Correctness.

Republicans have been downright belligerent in opposing the Obama administration’s deal with the Iranian government. I agree with Kevin MacDonald this is simply an effort by the GOP to show that it’s more dedicated to Israel than the Democrats, even though American Jews vote overwhelmingly for the latter. These panderers seem to believe this will insulate them from the charge of anti-Semitism and perhaps snag a few stray Jewish voters.

Some observers would contend we are seeing a similar loss of backbone by the French Front National. Recently, the party appropriated a socialist internationalist and onetime editor of what later became the French communist paper L’Humanité as a hero of the Right.

Party president Marine Le Pen quoted from Jean Jaurès (1859-1914) when she was elected to her office in 2011, affirming the dedication of her party to “humanism and social justice” [Jaurès, nouvelle icône du FN ?, Boulevard Voltaire, August 3, 2015 ]. In 2009, FN general secretary Louis Aliot even described the party with a citation from Jaurès, saying, “For those who have nothing, their fatherland is everything.”

When this appropriation by the Front was brought up in the national newspaper Le Figaro, leading Front politician and Catholic traditionalist Wallerand de Saint-Just insisted that “the memory of Jaurès belongs more to the FN than the false Left that has betrayed his ideas” [Quand le Front national reprend Jaurès, by Julien Licourt, July 31, 2014].

This appropriation of Jaurès by the French Right would seem to create the same credibility problem as the glorification of the leftist radical Martin Luther King by the Heritage Foundation and other cuckservative organizations. After all, Jaurès was an internationalist, an embattled enemy of the Catholic Church, and a self-declared pacifist.

Of course, contemporary French patriots may well deplore his assassination by a right-wing French nationalist on July 31, 1914 in response to Jaurès’s opposition to the growing French involvement in what morphed into World War One. If France had stayed out of the war, it may well have benefited the country, though it would have meant losing the chance to take back Alsace and Lorraine from Germany.

Yet how does the authentic Right deal with Jaurès’s statements that he owed his first loyalty to the international working class? [Social democracy, the First World War, and the Working Class in Britain, LeftCom, Accessed August 18, 2015] How does the Right airbrush out Jaurès’s enthusiastic support for the anticlerical legislation imposed by the French government in 1905? [Jean Jaurès’s et la laïcité de 1905, by Jean Bauberot, Mediapart, May 9, 2014] An atheist socialist, Jaurès made no secret of his revulsion for the Church, which he regarded as a socially reactionary force.

One might think it would be a stretch for a party stressing France’s national, Catholic roots to find a congenial predecessor in this anti-Catholic internationalist.

The dissident Right in the United States lacks a party of its own, but the National Front provides such an electoral choice in France. Since these nationalists have no horse in the race between the overt Leftists and slightly less vocal Leftists of the “center-right,” real European rightists are free to identify their own heroes and villains that defy the usual characterizations.

More importantly, the Front National has pursued the votes of the French working class and contemptuously abandoned the corporate bosses who vote for Nicolas Sarkozy’s “center-right” UMP. The Front’s leaders know that since the leadership and moral code of the Socialists are coming from the bohemian cultural radicals of the yuppie Left, the Front can pick up support by stealing a march on economic “justice.” As a result, the National Front has even offered assurances to government workers, including public school teachers, that they won’t touch their guaranteed benefits [Au cœur du psychodrama Le Pen: le programme du Front national, by Jean-Pierre Maugendre, Novelles de France, Accessed August 18, 2015].

In Europe, the “far Right” (or non-cuckservative Right) has come out openly for the “social state.” Its package of positions also includes the abolition of gay marriage, restrictions on immigration, the repatriation of illegals and diplomatic distance from the United States, which is perceived as a radicalizing “liberal” world power. Marine Le Pen has been lavish in her praise of “French civilization,” but not of the neocon-leftist sacred cow of “human rights,” and has commended Vladimir Putin for standing up (presumably against the US) for “Western Christian principles” [Decrying Ukraine’s ‘Fasicsts,’ Putin is allying with Europe’s far right, by Bob Dreyfuss, The Nation, May 21, 2014]

Historically, the European Right has not been opposed to “the state,” regarding it as an extension of the nation. It has also never really rejected the idea of a “social state” that provides for the working poor and assists the petite bourgeoisie. What the European Right opposes is the current public administration that deconstructs the family, obliterates gender distinctions, and destroys the inherited identities of peoples.

In contrast, American cuckservatives who have convinced themselves Martin Luther King is a great hero have largely made peace with these developments, while still rhetorically opposing “the state.” Needless to say, such opposition has still failed in achieving any significant rollback of government power.

Cuckservatives both here and in Western Europe have erected a cordon sanitaire around a more authentic Right. They continue to attack it as unacceptably populist or even “fascist,” as they are doing now with Trump. They are joined by both major corporations and the entire force of the cultural Left who work together to vilify and marginalize those who don’t make the ideological cut.

But as this process continues, the cultural Right is becoming less willing to defend the capitalist class, even viewing them with contempt.

Moreover, as the non-Establishment Right focuses on cultural divisions rather than wonkish economic questions, some of its political leaders are abandoning its onetime hostility to the economic positions of the historic Left. It is not the current Left to which this Right is drawn, but a Left whose social programs can be blended with traditionalist stands and immigration restrictions. Thus Donald Trump has opposed cutting Social Security and Medicare.

The unlikely rediscovery of Jean Jaurès as a French socialist celebrating “la patrie” may be the latest sign of this emerging pattern in Europe. And as the impatience with #cuckservatism and the rise of Donald Trump shows, the Europeanization of the American Right may be well underway.