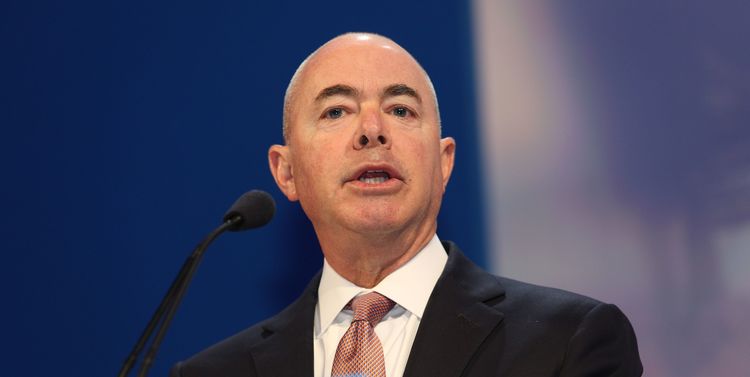 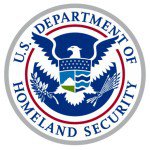 If the hapless GOP ever decides to adopt a “law and order” policy, a good place to start the crackdown would be the Obama Administration’s Department of Homeland Security, where Cuban immigrant Alejandro Mayorkas serves as Deputy Secretary. When he was Director of U.S. Citizenship and Immigration Services (USCIS), Mayorkas was accused of manipulating the visa system to benefit politically-connected Democrats. DHS Inspector General John Roth cleared Mayorkas of criminal activity, but a closer look at the law suggests Republicans should at the least be pushing for an independent investigation [Homeland Security Official Didn’t Break Law on Visas, Inspector Says, by Ashley Parker, New York Times, March 26, 2015].

The program enabling immigration fraud is the scandal prone EB-5 visa program. Originally, the EB-5 was designed to attract people who could create long-term jobs in the country. However, today it provides a visa to anyone who deposits a half million dollars in an already existing business, even if the money comes from unseemly sources.

Such a program practically invites corruption. Corrupt Chinese officials have been some of those most eager to take advantage of it. And not surprisingly, where there is corruption, we can find the Clinton family—Hillary Clinton’s brother Tony Rodham has been deeply involved in an effort to attract Chinese “investors” and their EB-5 money for a building project in Philadelphia [Touting connections, Hillary Clinton’s brother takes on Philly project, by Josh Gerstein, Politico, April 2, 2015]

This and other moneymaking schemes depend upon DHS actually approving the EB-5 visa applications. That’s where Mayorkas comes in. When applications for “investors” tied to powerful figures like Tony Rodham, Ed Rendell, Harry Reid, or Terry McAuliffe were rejected, Mayorkas intervened to make sure they were approved. And following such service, Mayorkas was rewarded with a promotion to the number two position at DHS.

DHS inspector general Roth said Mayorkas didn’t commit any crimes, but did admit Mayorkas violated the usual procedures and created the perception there was a “political component” to the program. Nonetheless, DHS Secretary Jeh Johnson not only refused to fire Mayorkas from his recently acquired position, but did not impose any punishment, instead vaguely blaming the nature of the EB-5 program itself [DHS secretary says Mayorkas will keep his job amid immigration flap, by Stephen Dinan, Washington Time, March 26, 2015]

As is their practice, Congressional Republicans protested but didn’t do anything. And there are two things they could do:

The reasons the applications were denied in the first place was because the professionals at USCIS had found they did not meet even the reduced requirements for investment. By implication, the applications themselves were fraudulent and consequently in violation of Title 18 United States Code (USC) Section 1549, Fraud Or Misuse of Visas:

Whoever knowingly makes under oath, or as permitted under penalty of perjury under section 1746 of title 28, United States Code, knowingly subscribes as true, any false statement with respect to a material fact in any application, affidavit, or other document required by the immigration laws or regulations prescribed thereunder, or knowingly presents any such application, affidavit, or other document which contains any such false statement or which fails to contain any reasonable basis in law or fact

Consequently, when Mayorkas was informed by his staff that the applications were denied as being fraudulent, his subsequent involvement and approval of the visas may have made him a conspirator, violation of Title 18 USC Section 371, Conspiracy. By helping commit “an offense against the United States,” Mayorkas could also potentially be cited for a violation of Title 18 USC 2, Principles.

(iv) encourages or induces an alien to come to, enter, or reside in the United States, knowing or in reckless disregard of the fact that such coming to, entry, or residence is or will be in violation of law; or

(v) (I) engages in any conspiracy to commit any of the preceding acts, or

(II) aids or abets the commission of any of the preceding acts,

The heart of this misconduct is Mayorkas’s personal relationships with those lobbying him for approval, which would show he was using his office to help out his acquaintances. How do we know he had such relationships? During the investigation of his alleged misconduct, it appears Mayorkas slipped and lied about some of his relationships.

For example, attorney John Emerson, an Obama fundraiser who is now the American Ambassador to Germany, asked Mayorkas about the status of visa applications for a Los Angeles film company. After an email exchange, Mayorkas and Emerson conversed by phone.

On its face, it would seem likely that Emerson and Mayorkas were discussing the EB-5 petition. But Mayorkas denied that was the case.

Mayorkas said that he and Emerson did not discuss the substance of the EB-5 petition and that he did not recall making a phone call from his personal cell phone that evening. But if he did, he said it could have been because “he was on a board with Emerson’s wife.”

The IG seemed puzzled by that claim, according to the report.

“We were unable to reconcile this statement with our understanding that Mr. Mayorkas had relinquished all his positions outside the Federal Government,” the report reads.

In a footnote, Roth’s report noted that on May 21, 2009, Mayorkas stated that he was no longer a member of any of the boards he sat on before taking the job. In June 13, 2012, he submitted his financial disclosure report, which showed that for 2011 he did not claim any board memberships.

Indeed, Mayorkas and Kimberly Marteau Emerson, were board members with United Friends of the Children. But financial disclosures for that organization show that Mayorkas left that position before June 30, 2008.

This would suggest Mayorkas made a false statement under oath, a violation of Title 18 USC Section 1001, False Statements.

If true, that would also mean DHS Inspector General Roth’s claim “no laws were broken” is untrue.

Indeed, there’s something else unusual about the Office of Inspector General’s actions. Apparently, it referred the case to the Department of Justice Public Integrity Section (DOJ PIN). This is unusual if, as Roth claims, there was no criminal action involved in Mayorkas’ approval of the fraudulent visas:

Roth said later in the hearing that his investigators had consulted with the Justice Department’s Public Integrity Section, but did not believe the investigation turned up evidence of any crime.

“We do not believe there was criminal activity involved,” the inspector general said.

Normally, the Office of Inspector General (OIG) does not “consult” with the Department of Justice. Instead, investigating law enforcement agencies make their own determination that a crime was committed and seek a prosecution from the Department of Justice. It appears this is what occurred—meaning OIG inspectors probably thought a crime was committed.

However, DHS IG Roth, perhaps for political reasons, did not pursue prosecution.

Congress should interview each of the agents involved in the investigation and see if their superiors at the DHS OIG interfered and altered the investigative reports or conclusions.

Just because there was no prosecution, that doesn’t mean there was no crime. It’s time for Congress to take up the investigation of Mayorkas, Roth, and others.

Is the ability to do this sort of thing exactly why it was so important to elect a GOP-controlled Congress?

And if the evidence is there, it shouldn’t just be grounds for criminal charges for those involved—but another charge for the impeachment proceedings against Obama himself.