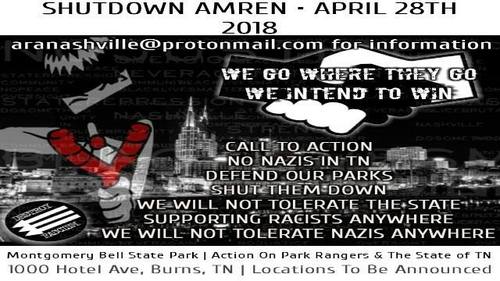 At the time of the Unite the Right rally in Charlottesville, Virginia, in August a year ago, Donald Trump was the only prominent American politician to blame both sides for the violence. This evenhandedness suggested his administration might be equally evenhanded in bringing charges of rioting and violence.

Starting with the President’s own inauguration, antifa have rioted—attacking political enemies, threatening politicians, and sparking street brawls. By the group’s own admission, its purpose is to use violence against opponents. And yet, in a purported crackdown on “serial rioters,” Jeff Sessions’ Justice Department skipped over antifa and indicted members of a little-known right-wing group called the Rise Above Movement (RAM).

Last week, the US Attorney for the Western District of Virginia, Thomas Cullen—a Trump Administration appointee—held a press conference to celebrate bringing charges, including “conspiracy to riot,” against four RAM members. “They were essentially serial rioters,” said Mr. Cullen. “This wasn’t in our view the lawful exercise of First Amendment rights. These guys came to Charlottesville to commit violent acts.”

The content of the FBI Criminal Complaint that led to the arrests tracks closely with a hostile article about RAM written by Northern California Anti-Racist Action and even quotes NOCARA’s explanation of what RAM does: “fetishization of masculinity, physical fitness, and violence mixed with the shallow anti-corporate and anti-consumerist themes of the film Fight Club.” Like the NOCARA report, the complaint emphasizes the group’s focus on physical fitness and martial arts training.

The FBI also included photographs of RAM members fighting at the Unite the Right demonstration and at Berkeley, and says RAM attacked people in Huntington Beach. It notes that members wrapped their fists like MMA fighters, which suggests they came ready to brawl.

However, the FBI makes these allegations without context—as if Unite the Right and other demonstrations were full of right-wingers randomly attacking peaceful progressives. Groups such as RAM have arisen because of the antifa violence that has surged since Donald Trump announced his candidacy.

The “Battle of Berkeley,” the scrum at Huntington Beach, and the continued unrest in cities such as Portland have followed the same pattern: Conservatives announce a demonstration, and masked antifa violently disrupt it. In some cases, the police have clearly failed to protect the First Amendment rights of conservatives. That is why many conservatives now understand that if they are to put on rallies, they must come prepared for violence, and this explains why RAM members emphasize physical fitness and martial arts.

In all confrontations of this kind, however, it is not easy to know who started the fighting. Were RAM members deliberately attacking antifa or merely defending themselves? If the latter, the federal government seems to be saying that even when the state fails to protect white dissidents from violence, it will prosecute dissidents who defend themselves.

The authorities behaved atrociously in Charlottesville. As an independent review confirmed, the city’s police department made a deliberate choice to permit enough violence to justify declaring a state of emergency and shutting down a legal demonstration. Police directed Unite the Right demonstrators into contact with antifa counter-demonstrators, ensuring there would be violence. Police surely knew that putting the two groups together would lead to fighting, because state and local officials received a specific warning about violence from the Department of Homeland Security. One might expect the Justice Department to investigate the Charlottesville PD and Virginia State Police, but no such investigation appears to be forthcoming.

The RAM indictments come on the heels of a report on the group by ProPublica, a well funded “public-interest” news organization that has doxed UTR attendees, and tries to discredit white dissidents. At his press conference to announce the arrests, US Attorney Thomas Cullen made no secret of the FBI’s debt to this hard-left organization: “The news organization ProPublica did in my view a fantastic job in piecing together some of the organized activities that occurred on Aug. 11 and Aug. 12, [dates of the UTR rally] and the work that they did was certainly reviewed by our office as a starting point to understand a little bit about this particular group.”

Christopher Mathia of HuffPost, who writes sympathetically about antifa, thinks there would have been no indictments without ProPublica.

We've updated this story with more details about the defendants.

What's abundantly clear: these charges never would've happened were it not for the incredible reporting of @ACInvestigates, @awinston and @DarwinBondGraha for @ProPublica and @DocumentHate. https://t.co/n72nomT9nT

ProPublica, founded in 2007, claims to have a team of 75 journalists. Let us imagine that American Renaissance had resources like that and had done a detailed and convincing analysis of antifa criminal activity. Would the FBI—even under Jeff Sessions—consider our research, much less cite it publicly?

Even if every charge against the RAM members is true, these prosecutions are shamefully one-sided. The very group the FBI quotes in its own criminal complaint, Northern California Anti-Racist Action, has a handbook on its “resources” page to help “radical and revolutionary movements” overcome “repressive state forces.” It also posts reports from allied groups bragging about using violent, “no platform” tactics. The federal government’s complaint is therefore based at least in part on research by a group that openly promotes violence. “Whataboutism” is a lazy debate tactic, but there almost certainly would have been no violence in Charlottesville, Berkeley, Huntington Beach, Portland, or other cities if police had kept antifa at a distance. If men like Mr. Cullen had done their jobs, RAM might never have come into being.

The move against RAM is only the latest in what appears to be selective prosecution. Consider these incidents. 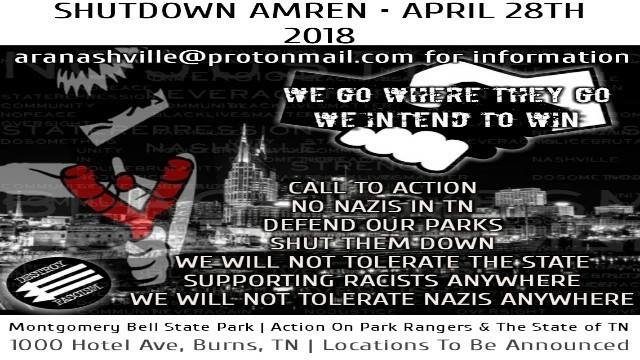 Indeed, sympathetic journalists from Vice camped out with them and shot footage of them training with weapons. Such groups seemingly can openly “conspire to riot.” The same reporters who complain about RAM, such as HuffPost’s Christopher Mathias, complain when police actually do their job and separate antifa from those who want to exercise their First Amendment rights.

The late Sam Francis coined the term “anarcho-tyranny” to describe how the managerial state torments the law abiding and ignores the lawless. Thus, as antifa openly conspire to use violence against Americans’ First Amendment rights, the federal government, under an ostensibly “conservative” president, cracks down on groups that fight back. Unless the federal government begins prosecuting antifa groups, this looks like a quiet endorsement of them.

This latest indictment follows in the spirit of S.J. Res 49, passed unanimously by the Republican Congress in September 2017, which called on the President to use all available means to combat the “hate groups” that brawled in Charlottesville. It specifically mentioned white nationalists, white supremacists, the Ku Klux Klan, and neo-Nazis—but not antifa.

To his credit, President Trump attached a signing statement saying he did not blame a specific group for the violence, thus sticking to his contention that there was blame on both sides—but this appears to have had no influence on his own Justice Department. Instead, antifa remains in the clear while its enemies are arrested. White advocates don’t want special treatment. We want equitable enforcement of the law. We certainly haven’t seen it yet.