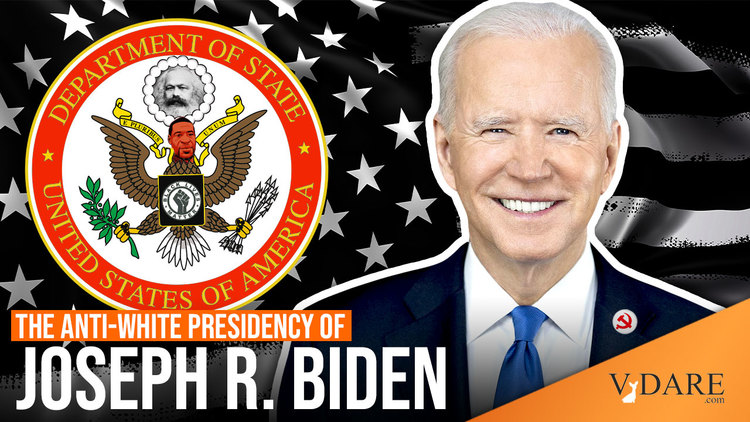 Joe Biden’s viciously partisan Tulsa Race Riot Centenary Address was rightly denounced by Powerline’s Scott Johnson as “disgusting” and “dishonest.” (Note that the riot was not, as Biden claimed, a “massacre,” but one of several contemporary occasions when whites fought back against black-on-white crime). Less noticed: Biden’s open endorsement in Tulsa of racial socialism (e.g., beginning at 23:47 in the transcript). This confirms what I pointed out in March: the Biden Regime is a Minority Occupation Government that aims to despoil the white majority—a.k.a. the Historic American Nation.

Thus in a recently-leaked memo [PDF] the Biden State Department encouraged diplomats to preach Black Lives Matter ideology to the entire world and to commit themselves to eradicating “systemic racism.”

The leaked State Department memo authorized personnel to fly Black Lives Matter flags, use BLM rhetoric, and commit itself to the movement’s goals. This was supposedly was to accommodate a Biden Executive Order, issued on his first day in office, that called upon all government agencies to advance “racial equity.”

The memo characterized BLM in these effusive terms: “A movement to confront systems perpetuating deep-seated inequities rooted in colonialism and the oppression of racial, tribal, ethnic, and other minority communities.”

It also laid out the guidelines for how the State Department can advance the anti-white movement’s goals:

The United States remains concerned about the racial inequities of underserved communities, both domestically and abroad. The Department supports the use of the term ‘Black Lives Matter’ in messaging content, speeches, and other diplomatic engagements with foreign audiences to advance racial equity and access to justice on May 25 and beyond (italics added) We encourage posts to focus on the need to eliminate systemic racism and its continued impact.....

Posts are strongly encouraged to make full use of Department and Interagency tools and resources to promote policy objectives to advance racial equity and support for underserved communities throughout the year, including with a particular focus on May 25 and during June to commemorate Juneteenth and lesser-known racially motivated attacks such as the Tulsa Race Massacre.

The leaked memo makes it very clear that BLM and the Biden State Department are on the same page and BLM’s agenda is now state ideology.

One hopes that State officials don’t encourage minorities to riot and loot all over the world for racial justice. 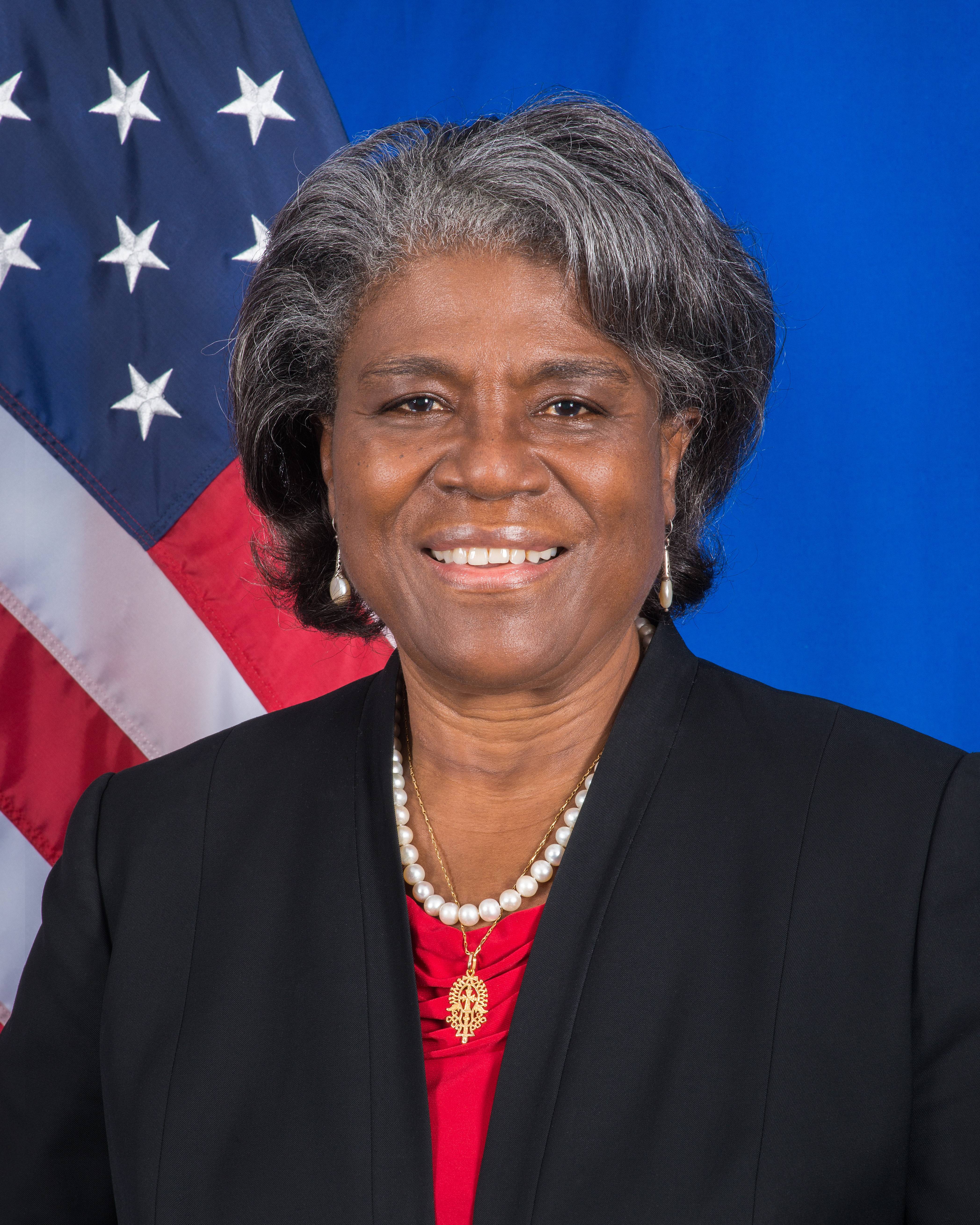 Biden’s ambassador to the U.N., Linda Thomas-Greenfield, right, has proclaimed to the world that America is a “racist “country. In a speech delivered in March to commemorate the International Day for the Elimination of Racial Discrimination, Thomas-Greenfield touted the 1619 Project as an accurate portrait of her country. “Slavery is the original sin of America. It’s weaved white supremacy and black inferiority into our founding documents and principles,” she said. [ Remarks by Ambassador Linda Thomas-Greenfield at a UN General Assembly Commemorative Meeting for Intl Day for the Elimination of Racial Discrimination, usun.usmission.gov, March 19, 2021]

She repeated these remarks again at the UN a month later—and the White House defended them. Remember, this is our representative to the world [Psaki defends Biden UN ambassador who said founding documents 'weaved' with racism, by Tyler Olson, Fox News, April 16, 2021]. 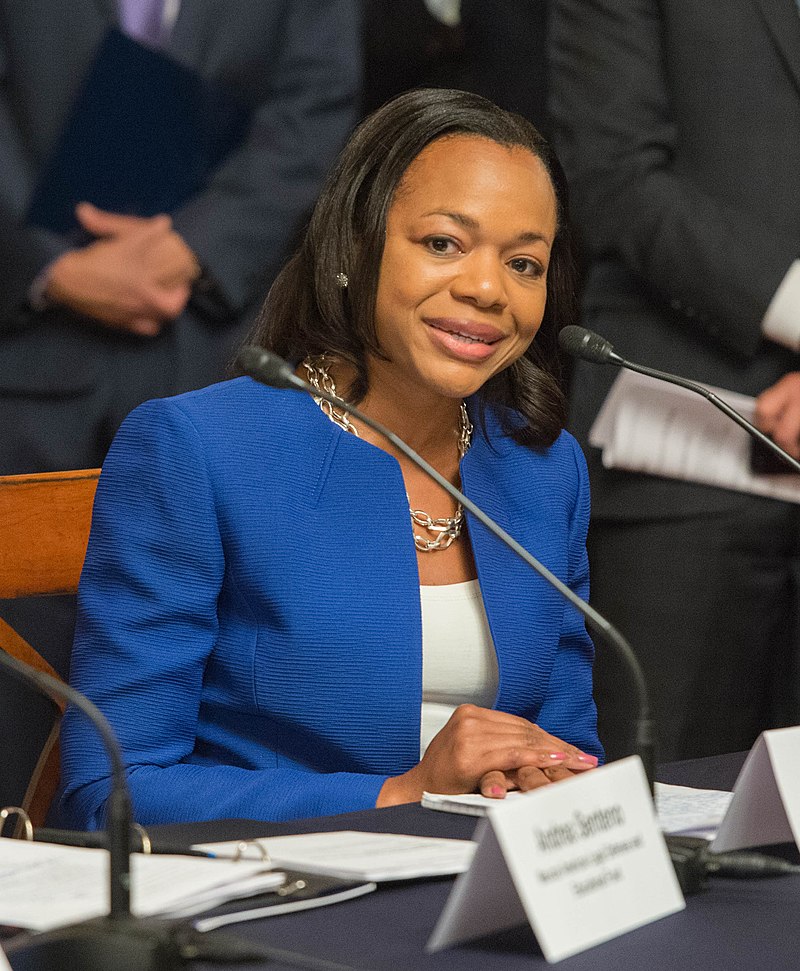 A day after this revelation, the Senate confirmed Joe Biden’s pick to lead the Justice Department’s Civil Rights division: Kristen Clarke. Clarke—who apparently played a role in attempting to deplatform VDARE.com—is an anti-police radical who once argued that blacks are genetically superior to whites.  She may be the most anti-white appointee in government history. As a Harvard undergraduate, she wrote an article in favor of black superiority:

Melanin endows Blacks with greater mental, physical and spiritual abilities — something which cannot be measured based on Eurocentric standards [Blacks Seek An End to Abuse,  Letter To The Harvard Crimson, October 28, 1994, reverential capitalization of “Black” in original…in 1994!].

In Clarke’s confirmation hearing, she said the article was meant to be “satire,” but there is no evidence for that. However, Senators apparently believed her explanation.

She now has the power to decide what’s racist or not in all manners of American life, particularly law enforcement [Kristen Clarke’s Troubling Track Record on Civil Rights, by Carrie Campbell Severino, National Review, April 15, 2021]. 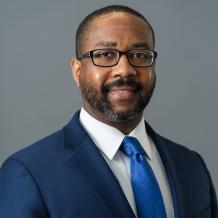 The man Biden put in charge of pushing “extremists” out of the military also doesn’t like whites very much. Bishop M.  Garrison, right, Senior Adviser on Diversity and Inclusion at the Defense Department, is charged with imposing Woke ideology on the entire armed forces. He believes all Trump supporters are racist and “white nationalism” is the number one threat to America [Meet Bishop Garrison: The Pentagon’s Hatchet Man, Revolver, May 5, 2021]. He also argues that free speech is a “digital black plague” and the government should jump in to censor constitutionally protected content.

This is the man who will now determine what’s considered “racist” and “extremist “by the U.S. military. He will also play a strong role in shaping the “Diversity Training” for the largest employer in America [Bishop Garrison is Key Mercenary in Biden’s Dark War Against The First Amendment, Revolver, May 12, 2021].

The Biden administration is also pushing CRT into grade schools. In order to obtain federal grants in American History and Civics Education programs, schools must establish projects “that incorporate racially, ethnically, culturally and linguistically diverse perspectives.” The Biden Department of Education suggests the notorious 1619 Project as one such model for schools to follow [Get set for dangerous Critical Race Theory in every school in America, by Stanley Kurtz, New York Post, April 23, 2021].

The Biden Administration has implemented or announced several more policies that discriminate against whites:

Fortunately, some Republicans and conservatives are fighting back. 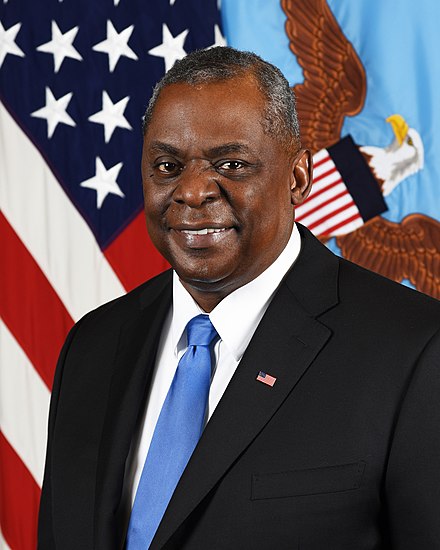 Thirty Republicans signed a letter calling on Defense Secretary Lloyd Austin, right,  to fire Race Commissar Garrison. Only one Republican, the eternal squish Susan Collins, voted for Clarke’s confirmation. And Republicans did grill Clarke on her past racism and support for defunding the police.

Not a single House Republican voted for the George Floyd bill and it’s highly unlikely any Senate Republican will back it. Republicans are also promising to fight tooth and nail against Waters’ home loan plan.

Fights over CRT are roiling school districts across the country and are helping patriots take over school boards. A school board slate that promised to end anti-white indoctrination just won big in a Dallas suburb.

Opposing anti-white racism in schools, training, and in government policy is not just the right thing to do—it’s also politically popular. A recent poll shows that 74% of Americans oppose “white privilege” training in schools; only 6% of Americans support it.

Biden and his party are on the side of the 6%; Republicans could take up the cause of the 74% simply by making this fight their number one focus [Poll: Three-Quarters Of Americans Oppose ‘White Privilege’ Training, by Gabe Kaminsky, The Federalist, May 11, 2021].

It’s commendable that some Republicans are paying attention and showing no interest in compromise on these radical ideas.

But they need to do more. Anti-white racism should be their main focus right now. “Socialism” isn’t the monster threatening to destroy the nation—it’s anti-white Racial Socialism.