It with some mild embarrassment that I confess I am enjoying this year's Presidential contest. This is fun.

And it's not just on the Republican side. I had been assuming that the Democratic candidate debates must be snoozers, so I just read the transcripts. Now I'm thinking I may have been wrong. It's one thing to know that white gentry liberals, especially young ones, are fleeing from Mrs. Clinton as if she were a zombie invasion—which in a sense of course she is—but it might be even more entertaining to watch her trying to deal with the fact from a debate platform.

And then, yes, the GOP. If the Democratic contest is vaudeville, the Republicans are giving us Grand Opera, or at any rate opera buffa. If the party Establishment candidate on the Democratic side has suffered an alarming, though non-lethal, draining of votes away from her to an insurgent from the fringes, the equivalent candidate on the Republican side, Jeb Bush, suffered a complete and humiliating rout.

It looks to me as though the two-party system has been an illusion. We actually have four parties:

I don't think this four-party configuration is stable long-term. Having committed the U.S.A. to multiculturalism by importing tens of millions of Mexicans, Central Americans, Caribbeans, Asians, Africans, and Muslims, our final destination will be the one arrived at by every other multicultural nation, the situation defined by the late Lee Kuan Yew, who actually ran such a polity for thirty years:

Meanwhile, we've had a slew of primary contests since the last Radio Derb: fifteen, I make it, although it's possible, nay probable, I missed one or two. So, on my four-party schema, what have we got?

Well, the White Gentry Liberal Party is doing respectably well. Emphasis there on the word "respectably." What's the point of being gentry if you're not respectable? Still, they are not doing well enough to capture the Democratic Party's nomination. That looks certain to go to the party of NAMs and the SEIU.

The Donorist-Capitalist-Neocon Party is on the edge of total collapse this election cycle, though if they can unite and rally around Ted Cruz, and perhaps get another foreign war going, they may still have a shot at restoring their control of the GOP.

And the White Prole Party, under the fearless leadership of Mr. Trump, advances from victory to victory.

(Most of what we've been having so far on the Republican side have been open primaries. This has got some Cruz and Rubio propagandists telling us that it's non-Republicans who are swelling Trump's numbers, that he's not doing as well as the other guys among actual Republicans. Well, that's not the case. The quantitative blogger called "Audacious Epigone" has crunched the numbers, at least for Trump and Cruz. Money quote:

Among Republicans who've voted for one of the top two, Trump beats Cruz, 54 to 46 percent. Trump's lead over Cruz isn't as wide as it is among independents, but a lead it most certainly is.

[Trump beating Cruz among Republicans in addition to independents, March 9, 2016])

Not the least enjoyable aspect of this election: watching liberals writhing in the throes of Trump Derangement Syndrome. 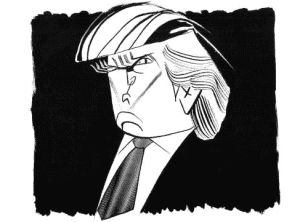 David Remnick's editorial American Demagogue in the March 14th New Yorker, for example, is simply wonderful. I was laughing and clapping as I read it. Sample:

No American demagogue—not Huey Long, not Joseph McCarthy, not George Wallace—has ever achieved such proximity to national power.

Well, no; but without conceding Remnick's application of the word "demagogue," I'll just observe that Huey Long, Joe McCarthy, and George Wallace operated in a system where the major political parties gave a damn about law-abiding middle-class Americans who work for a living. Which is not the case today.

Not the least delectable feature of David Remnick's anti-Trump philippic (Donaldic?) is his anguished acknowledgment of the fact that the Great Unwashed masses voting for Trump couldn't care less what metropolitan Left-liberals like David Remnick [Email him] think:

As yet, no detestable remark, no flagrant display of ignorance, no scummy business deal has dissuaded his followers. Nor will Trump be defeated by the putatively scathing critiques of the commentariat (including this one) … Last month, John Oliver, a master of the extended comic decimation, opened video fire on Trump after many months of resisting the subject. So hilarious! So devastating! And then Trump cleaned up on Super Tuesday. Don't they watch HBO in the [Southeastern Conference] states?

Well, I'm sure they do. It's just that, like me, they never heard of John Oliver. Looking him up, I see that he's one of those smug, smirky, oh-so-ironical hipster-left comedians—like Bill Maher, Stephen Colbert and Jon Stewart—who came into the world to assure white entry liberals that they are morally superior to their white fellow citizens.

But Southeastern Conference staters sure as sugar don't read the New Yorker. And that's one more reason for David Remnick to hate them. 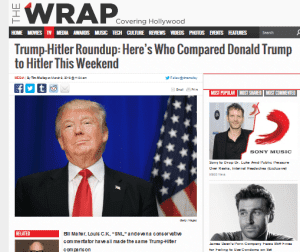 At least David Remnick didn't play the Hitler card. Comparisons of Donald Trump to Hitler have been coming thick and fast lately. Last Sunday night, The Wrap—that's a Hollywood website—ran an article headlined Trump-Hitler Roundup: Here's Who Compared Donald Trump to Hitler This Weekend. [By Tim Molloy, March 6, 2016]. This was just for the weekend, through late on Sunday, mind you. They logged Bill Maher, Louis C.K., Huffington Post, Saturday Night Live, and Glenn Beck—all in one incomplete weekend!

Don't any of these folk grasp how corny it is—how naff, if you'll excuse a Britishism—to compare someone to Hitler? As The Wrap points out, both the current President and the previous one have been compared to Hitler. So have any number of other public figures, left, right, and center. I have not the slightest doubt that I have been compared to Hitler by somebody, somewhere … somebody other than my kids, I mean.

The sheer unimaginative absurdity of it all was caught very nicely by one of Steve Sailer's commenters:

The Godwin-Warhol Law: In the future, everyone will be Hitler for 15 minutes.

Now sure, Hitler was a nasty piece of work. But did the other gangster-despots of the 20th century live in vain? Can't we get at least one comparison to Stalin or Mao, each of whom killed, or caused to be killed, far more people than Hitler over much longer spells in control of their nations: Stalin 26 years, Mao 27 years, against Hitler's mere twelve?

Or if you want to be a little more arithmetically sophisticated and just consider the proportion of their own citizens they murdered, why not give a shout-out to Pol Pot, Kim Il-sung, Ho Chi Minh, or Fidel Castro?

But no, there can only be one ruler in Hell, and Hitler's it. We're in the realm of the Supernatural here. Liberals have internalized a kind of folk history of the 20th century, a sort of stripped-down, simplified view of history—History for Dummies—that is based on vague superstition and doesn't bear much relation to empirical fact.

Twentieth-century European history, in the minds of American liberals, began in 1933 and ended in 1945. That's all they know.

Neocons, who I've included with capitalists and donors in the fourth party of my schema, are slightly more interesting:

Max Boot, a foreign policy adviser to Senator Marco Rubio of Florida, said that if efforts to block Mr. Trump fell short, he would vote against a Republican nominee for the first time in his life.

"I would sooner vote for Josef Stalin than I would vote for Donald Trump," said Mr. Boot, who expressed optimism that Mr. Trump could still be defeated. He added: "There is no way in hell I would ever vote for him."[Anti-Trump Republicans Call for a Third-Party Option, By Alexander Burns, New York Times, March 2, 2016]

The implication: Trump is worse than Stalin. So at least one of the non-Hitler mass murderers is getting some air time.

It seems that neocons like Boot just can't help reminding us that their faction started out as Trotskyists, Stalin's enemies on the far Left. You can take the boy out of the Comintern, but you can't take the Comintern out of the boy.

This debate could accurately be described as a Hispander-a-thon. The moderators were pushing, pushing, pushing for the interests of Latinos over legacy Americans. The candidates, far from pushing back in defense of Anglo-Americans, were pulling where the moderators pushed—helping them promote the narrative, assuring viewers that they were just as enthusiastically on board with the transformation of the U.S.A. into Guatemala North as were the nagging, lisping gringo-haters of Univision.

Sample exchange, from some white-Latino Hidalgo Supremacist named Ramos to Bernie Sanders, quote from the transcript:

Ramos: And can you promise not to deport immigrants who don't have a criminal record?

Sanders: I can make that promise.

That got a round of applause from the audience—all of whom, in my opinion, should be candidates for prompt deportation.

Here's another sample. The moderator here is another Latino, name of Salinas, shilling for a Central American government keen to ship its unemployable and criminal underclasses to the U.S.A. Quote:

Salinas: Now we have a question from the audience for both of you.

The whole thing then lapsed into Spanish, these invaders of our country being too stupid or arrogant to learn our language.

Question (through translator): We have a question from the public. I want to go to Lucia Aquiette. She's an immigrant from Guatemala, she's here with her five children who have not seen their father since he was deported three years ago. She has a question for both of you.

Question (through translator): I would like to ask—me and my children—hardworking men in the field—(inaudible).

Question: Senator Sanders, as you can see, these are a very painful and personal issue for Lucia and her family. She wants to know what you would do to stop deportations, but most importantly, to reunite families like hers.

But to answer your question, the essence of what we are trying to do is to unite families, not to divide families. 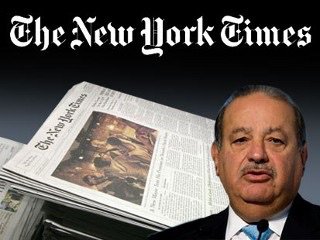 That got another round of applause. Note Bernie basking in the approval of the New York Times, whose biggest shareholder is a Mexican billionaire who got rich by grabbing a monopoly on Mexicans in the U.S.A. phoning their relatives back home. That's a really stirring recommendation, Bernie.

The correct answer to these staged heartstring-tugging questions about divided families: reunite them in their home countries, by deporting the family members living illegally here, sucking on the welfare teat and doing jobs that five years from now will be done by robots. (In China they are printing houses.)

The sensible, patriotic way to unite families is to send their members back to their home countries.

You will never hear that in a Democratic Party debate, though. I wish someone would ask it in one of the Republican Party debates.