From The Superbowl To South Carolina—Anti-White Thunder Thighs!

From the Superbowl to South Carolina, the appetite for anti-White propaganda seems to be well-nigh bottomless. Or at least Thunder-Thighed.

Lead singer in this year's Superbowl half-time show was Beyoncé. Formerly Beyoncé Knowles, which used to get my attention because my mother was a Knowles. I guess Beyoncé and I are related at some level—Hi, cousin!

Beyoncé’s troupe of dancers wore the berets of the 1960s criminal gang who called themselves Black Panthers. During their dance routine they gave Black Power salutes and lined up in an "X" formation, apparently to honor Malcolm X, a black activist murdered by black Muslims in 1965.

The dancers also acted out a protest against the police shooting of Mario Woods in San Francisco last December. Woods, a career criminal with a recent jail sentence for armed robbery, had stabbed a random stranger. When police found and cornered him, he refused to drop his knife. Four beanbag rounds and a dose of pepper spray failed to persuade him; and when he still advanced toward bystanders, still brandishing the knife, police shot him dead. [Mario Woods’ last moments: ‘You better squeeze that ... and kill me’, By Matier & Ross, SFGate, February 9, 2016] Beyoncé's dancers apparently regard this to have been a monstrous injustice.

The mostly-white Superbowl crowd reacted to all this black grievance theater by applauding wildly.

Which disturbed me far more than the show itself.

In fact, my reaction to the show itself was to find it all rather endearingly quaint. I mean: the Panthers, Malcolm X, Black Power? That stuff was fifty years ago. It took me back to my college days.

I found myself imagining that I was a young person watching it. When I went to college in 1963, fifty years prior would have been 1913. So it's as if the young Derb were to be watching a propaganda dance for pre-WW1 anarchists or Suffragettes. Like I said: quaint.

Fifty years on from now, shall white Americans still be watching and applauding the celebration of black thugs and troublemakers?

Probably. This is, after all, now the great American romance: evil leering white cops with billy clubs and mirrored sunglasses, beating up on helpless young blacks pleading for mercy. Probably it has become a permanent part of our culture, like Japanese Kabuki or the Ghost Dance of the Sioux. 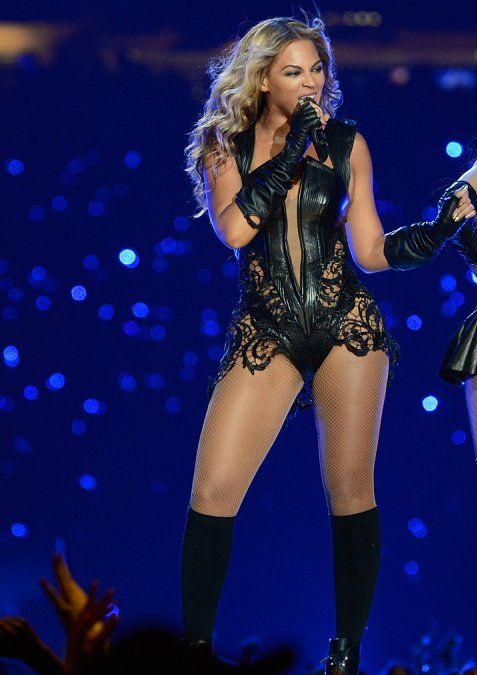 But I have to confess what actually held my attention: cousin Beyoncé's curiously large, meaty thighs.

I suppose she can't help them, any more than I can help my big nose. But if you're in the market for free advice, cousin: Get a new costume designer.

South Carolina is interesting as a stress test for the Democratic Party. It's the first primary state with a lot of blacks—the fourth blackest state in the Union, behind Mississippi, Georgia, and Louisiana.

That doesn't matter a damn to the party of Abraham Lincoln, since practically no blacks vote for them. But it's a major issue for the party of Andrew Jackson (as was).

Will blacks go for cranky Stalinist Sanders or third horsegirl of the Libyan apocalypse Hillary Clinton?

This should be no contest. You can't get any whiter than the Sandersistas. Here at VDARE.com we've been joking for months that there should be a prize for the first person to spot a black face at a Bernie Sanders rally. Bernie's home state of Vermont is the whitest state in the Union: whiter than Hawaii, whiter than Alaska. Bernie is quintessentially the candidate of white gentry liberals.

Mrs. Clinton, on the other hand, is the wife of the guy who anti-white black novelist Toni Morrison called "our first black President … blacker than any actual black person who could ever be elected in our children's lifetime." That was in 1998, by the way.

There are some contrary indicators, though. Sanders was a Civil Rights activist in his youth, or so he tells us. It would certainly fit with his youthful-Lefty persona. And Bill Clinton, as Governor of Arkansas, was strict on crime, which black activists nowadays perceive as racist. There's also the Simpson Jury Factor: black women's suspicion of white women as always plotting to steal their men.

Last week in fact saw a couple of big-name blacks declare for Bernie. White gentry liberal pet Ta-nehisi Coates told the New York Times that he was "concerned about Mrs. Clinton's ties to Wall Street and her past stances on criminal justice". [Ta-Nehisi Coates Says He Will Vote for Bernie Sanders, but Rejects the Term ‘Supporter’, by Yamiche Alcindor, February 10, 2016]

Ms. Alexander is famous in black grievance circles for her 2012 book The New Jim Crow, which blames the very high levels of black incarceration on, yes, you guessed it, white racism. It's a silly and dishonest book, much mocked by serious scholars: see for example the take-down by John Walters and David Murray at the Hudson Institute website. The book has, though, been embraced joyfully by Social Justice Warriors, and is now on the required-reading lists at colleges all over the country. 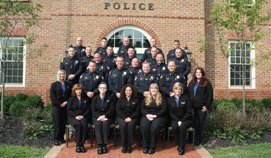 Ms. Alexander, by the way, is a law professor at Ohio State University. She lives in New Albany, Ohio, a town that is just three percent black, and whose police force seems to be entirely white, to judge from their group photograph.

You wonder at her fecklessness in exposing herself and her young son to so much white racism.

The reality, perfectly clear in all the statistics, including those out of Barack Obama's Justice Department: blacks commit crime at rates sensationally higher than whites.

Reality, however, was not on the debate stage Thursday night.

We shouldn't assume, either, that all this anti-white pandering is necessarily aimed at the black vote. For every black person that votes in a Presidential election, about six non-Hispanic whites vote. Of those six whites, probably a third are themselves anti-white—call it the ethnomasochist vote. So you have two white ethnomasochists voting for every black. And of course they're voting Democrat.

Hillary and Bernie want those votes. If they've done the arithmetic as I just did it—it's not difficult—they want them twice as much.

In other words the anti-white pandering is aimed mostly at whites. That is the peculiar mass psychology of our country in the present age.