A Fair French-Language Survey Of American White Identitarianism! (But When Will It Appear In English?) A new French-language book on European and American nationalism has been making waves, with reviews already appearing at American Renaissance and Counter-Currents.VDARE.com Editor Peter Brimelow asked me to take a look at it.

The title, Suprémacistes, by   Philippe-Joseph Salazar, left me skeptical. But the slur “white supremacist” never occurs in the text of the book itself. The author, a French academic residing in South Africa, interviewed numerous thinkers and writers associated with the new white nationalism (more commonly known as identitarianism in Europe), and mostly allows them to speak for themselves.

One of the earlier chapters is devoted to VDARE.com’s own John Derbyshire, whom Professor Salazar visited at his Long Island home. He describes for his French readership his impressions as the train passes through the “vibrant” parts of Brooklyn and Queens, made famous by various racial murders, and on into the more-English-than-England suburbs Mr. Derbyshire calls home.

A prolific essayist with the polemical kick of a kung-fu fighter [yes, the author recounts Derb’s appearance in Bruce Lee’s The Way of the Dragon, below right (Derb is the one in the center)], he is a decisive intellectual influence on the young alt-right probably because of his rapidity of execution. John Derbyshire writes scathing articles which cut to the heart of the subject: a talented polemicist, but one steeped in science and literature, and who knows how to argue. [Links in quotes are added] 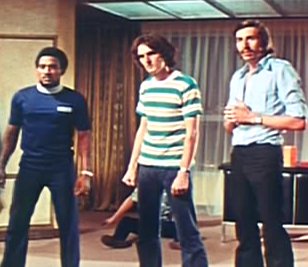 Mr. Derbyshire meets the professor at the station. The author does not fail to mention that this “white racist” fired by National Review is married to a Chinese lady and is the father of two mixed-race children. The two men proceed to Derbyshire’s office under the eaves where they chat beneath a picture of George Orwell and surrounded by Mr. Derbyshire’s “modest but powerful” personal library. Prof. Salazar realizes he is “literally at the intellectual sources of white ‘dissidence,’ upstream from what the young people of the movement believe,” and asks his interviewee whether he sees himself as a precursor of the Alt Right.

I’d prefer to call myself a dissident of the right. It’s a matter of sensibility, you see. The young people of the Alt Right are satisfied with gestures of deference toward high culture, but they are not especially well-educated. They do not read much, being content to affirm their interest in culture. Another thing happening, which is more interesting: big tech is attracting the young toward science, which is good. But what they are lacking is proselytism for arts and letters. That’s a whole virgin field to be explored.

Prof. Salazar remarks: “This area where you live is white, and with a high proportion of Jews who, for the radical alt right, are not white. What do you think?” 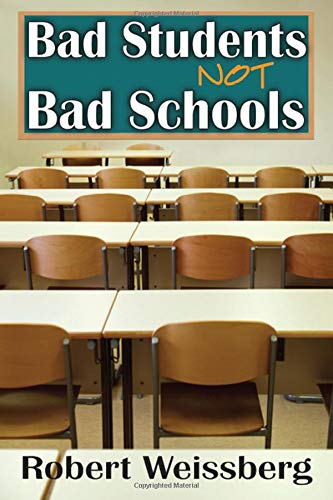 Toward that family [viz., those who do not accept Jews as white] one can have some sympathy and understanding. On the other hand, no socio-political movement has the shadow of a chance of accomplishing anything without the support of smart Jews. Take, for example, Bob Weissberg and his work on race and IQ in the schools. He got in trouble going against everything inculcated by bien pensant educationists by demonstrating that the different failure rates of different ethnic groups are not the fault of schools, teachers, programs or teaching methods, but the fault of the students themselves.

Prof. Salazar: “What about blacks? No many of them around here.”

Yes, that is why I live here. But, you see, in spite of living in a secure white community, this is what I observe: there is a subliminal feeling of tension in the life of white Americans which affects even liberals who reject and repress their racial identity. This repression is well-described by the economic theory of revealed preferences: are you familiar with that? The consumption habits of white liberals, despite their pro-black political attitudes, are those of privileged whites. Studies show that their economic choices are opposed to their political opinions. White liberals do not consume black; they consume white.

Martin Luther King is a good example, embarrassing in my view, of the way white Americans really perceive blacks. White Americans have a psychological need for a symbol of the good negro. King did not love this country, that is certain, but most whites are patriots; they are proud to live here. They want everyone to love their country. So white Americans must dream of the good negro, must believe in King. John Wayne once said of his friend Nat King Cole “if only they were all like that.” Most white liberals see Obama in exactly this way. In this way, they refuse to face reality.

I have concentrated on John Derbyshire because I know VDARE.com’s readers will be interested in Prof. Salazar’s treatment of one of our regular contributors. Other chapters are devoted to Jared Taylor, Counter-Currents’ Greg Johnson, Tomislav Sunic, Renaud Camus (the Frenchmen who coined the expression “the Great Replacement”), an activist with the American Identity Movement (AIM), and plenty of other significant European and American figures.

The author makes occasional mistakes: Paul Gottfried will get a laugh out of seeing himself described as a “Straussian,” and VDARE.com itself is called “white nationalist.” I do not believe this indicates malice on the author’s part, but only excessive trust in mainstream sources.

In fact, the French reader initially drawn in by the sensational title Suprémacistes may be disappointed by the insufficiently diabolical nature of the interviewees. The author stresses that he is only reporting on, not endorsing, the new nationalism. But some of his readers may be surprised to find their sympathies engaged.

Now let’s see if (unlike Solzhenitsyn’s Two Hundred Years Together) it will be allowed to appear in English.