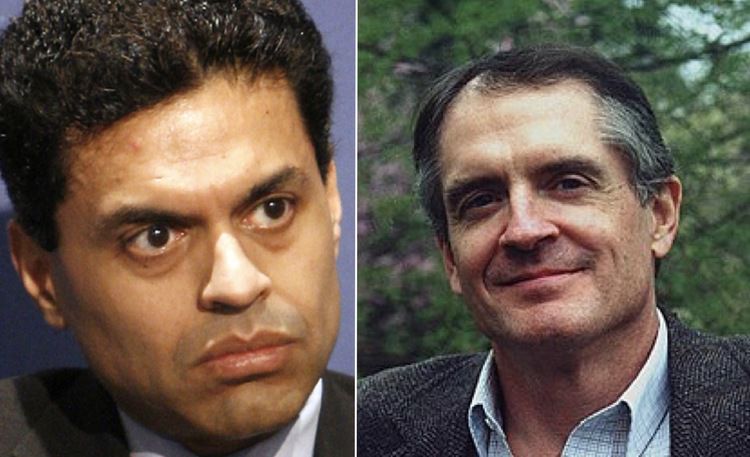 Jared Taylor On CNN’s “The State of Hate”

In April, CNN asked me for an interview with one of its hosts, Fareed Zakaria, as part of an hour-long program on “white nationalism.” I was reluctant. Programs of this kind don’t try to understand why people become “white nationalists.” They just dismiss them as “racists,” “haters,” and “white supremacists.”

I explained this to executive producer Liza McGuirk, who wrote back on April 22:

I understand your concern—that somehow your words may be manipulated to illustrate a point of view.  I offer my assurances that we will not do that, and I am comfortable putting that in writing because it is anathema to me, and I am responsible for the editing of the project. . . . .

We are attempting to do a serious treatment of White Nationalism, and to explore many questions that surround race at this point in time.

Obviously there is no shortage of people who will come on CNN and say things that will shock the audience.  We are not seeking an interview with someone like that, but instead we wanted to speak with you, because you’ve spent years writing about these issues, and making detailed arguments to illustrate your theses. . . .

It is precisely because I do NOT want to distort your point of view, by using video shot at another time, and perhaps not cut properly—that I think it is important that you sit down with Fareed Zakaria for an interview. . . .

I hope that we can find a way to conduct this interview—we are genuinely interested in hearing your point of view, and I would look forward to discussing further if you are willing.

I reluctantly agreed to the interview, writing to Miss McGuirk: “Against my own nature, I grow cynical. Still, I will permit myself to hope that the word ‘hate’ will not be in the title of your program and that my interview will not be sandwiched between footage of goose-steppers and cross-burners.”

On May 3, I flew to New York. Mr. Zakaria wasted a lot of time claiming that race does not exist and that even if it does, as a sub-continental Indian he’s white, too. Again, I said I hoped the word “hate” would not be in the title, but Mr. Zakaria and Miss McGuirk said others would choose the title.

A few days after the interview, I found an op-ed article at the CNN website on “hate groups” that was a perfect example of CNN blindness, and called it to Miss McGuirk’s attention: “Perhaps you have seen this article, which CNN published last Saturday. It is written by a self-styled expert on people like me. It is so fundamentally wrong that I can’t decide whether the author’s problem is stupidity, ignorance, or outright malice. I hope your team will do better.”

Her reply: “This is an op-ed—an opinion piece. CNN has an op-ed page that prints all kinds of opinions—from all kinds of folks—every day. It doesn’t have anything to do with how we do our jobs.”

I wrote to say that if CNN really “prints all kinds of opinions from all kinds of folks,” CNN should print my opinion. Miss McGuirk promptly sent me the email address of the op-ed editor, Richard Galant. It took a little pestering, but Mr. Galant sent me CNN’s guidelines for op-eds, and that same day, May 12, I sent him a piece that matched his guidelines perfectly.

And then I waited. Mr. Galant ignored my queries, so I wrote to Miss McGuirka: “I cannot imagine that he [Mr. Galant] would be so rude as to ignore me, but he is no doubt a busy man and might benefit from a nudge from a colleague.” Miss McGuirk explained to me that Mr. Galant was, indeed, a busy man, adding “We will be back to you within two weeks.”

Nearly a month later I still had no reply so I sent her this: “You wrote to me in an earlier message that ‘CNN has an op-ed page that prints all kinds of opinions—from all kinds of folks—every day.’ It appears you were wrong.” The next day, Miss McGuirk wrote to say that “Richard has passed on your submission.” Mr. Galant—despite his promising name—had ignored me for 40 days and obviously had no intention of ever telling me that he had “passed” on my article.

CNN’s investigation of white nationalism will air on June 30, according to a note I received from Miss McGuirk:

The program is scheduled to run this Sunday night at 8PM ET—and Fareed will also feature part of your interview on his program at 10AM and 1PM ET. One caveat—when news breaks, CNN will sometimes postpone the air time. If that occurs, I will let you know the next air time.

Miss McGuirk did not mention that the title of CNN’s hour-long, even-handed, “serious treatment of White Nationalism” is called “State of Hate: The Explosion of White Supremacy.” This somehow undercut her cheerful assurance: “I believe you will feel your views are presented fairly and thoroughly.”

Liza McGuirk has been unfailingly prompt, professional, and polite. I cannot bring myself to doubt her sincerity. She edited the program, and maybe it deserves a different title. I will leave it to others to decide.

In the meantime, here is the op-ed that “all-kinds-of-opinions-from-all-kinds-of-folks-every-day” CNN could not stomach.

“Why is White Nationalism on the Rise?”

On May 4, CNN published an article by David Neiwert called “Hate groups are recruiting our young people into a toxic belief system.” This belief system is “white nationalism,” which Mr. Neiwert warns is growing at an alarming rate: “[W]e’re talking in the hundreds of thousands, if not millions of new young white nationalists being born online right now.”

Why is white nationalism, which Mr. Neiwert dismisses as “hateful” and “toxic,” so attractive? Because it is based on the conviction that whites—like every other racial group in America and the world—have legitimate group interests. The most obvious of these is not to be reduced to a minority where they have traditionally been the majority.

From its founding and until immigration policy changed in 1965, Americans took it for granted that whites would always be the majority. They were 85 percent of the population in 1960, but are now projected, largely through immigration, to become a minority by 2045.

Whites were never asked if this was what they wanted. White nationalists do not want to become a minority, and the burden is on people like Mr. Neiwert to explain why they are wrong.

Is it wrong for Japanese to want to remain a majority in Japan? Or Mexicans in Mexico? Or Turks in Turkey? Israel is an explicitly Jewish state, and virtually all Americans recognize its right to remain Jewish. White nationalists believe that whites—whether in the United States or Europe—have the same right.

It is not “hatred” for whites to want to live in a society shaped by the European values and texture of life handed down by their ancestors. Mass immigration changes a country—often radically—and whites have the absolute right to prefer societies that are faithful to their ancestral values. This is an entirely normal, healthy sentiment that Mr. Neiwert would surely not find “hateful” if expressed by non-whites.

Would Mr. Neiwert be happy if the whole world were changing as the United States or Europe is? Should populations migrate and mix everywhere, reducing every local majority to a minority? That would crush every distinct culture and civilization everywhere. Why is that acceptable only for white countries?

“White nationalists” recognize that hypnotic slogans do not make “diversity” a strength. It is a source of tension and conflict. At its worst, it means race riots and prison riots. Every day, it means discrimination lawsuits, resentment, accusations of insensitivity, and bitterness over whether the Oscars or Harvard or boardrooms or tech jobs or neighborhoods or the police force have the right racial mix.

Even if diversity were a strength, why should whites “celebrate” it when it always means a decline in their numbers and influence? No healthy people wants to give up its place in society and march into oblivion.

White nationalism is also the inevitable reaction to an increasingly harsh double standard: Whites must always be “sensitive” to others, even if others hold them in contempt.

In 2018, the New York Times appointed a 31-year-old immigrant from Korea, Sarah Jeong, to its editorial board. Miss Jeong had tweeted such things as “White men are bullshit,” “#CancelWhitePeople,” and “White people have stopped breeding. you’ll all go extinct soon. That was my plan all along.” No white person who said anything remotely like this about non-whites could be a janitor at the Times.

Headlines such as these show contempt for whites: “To the White Men Running to Be the Democratic Presidential Candidate: Can You Not?” “Step aside white men. It’s time for women of color to lead.” “Should a White Man Be the Face of the Democratic Party in 2020?” Television host Trevor Noah put the same question to Bernie Sanders: “Isn’t this a time for your guys to step aside?”

In the 1960s, the national goal was to overcome racism and achieve color-blindness. Now, whites—but only whites—learn that, as Psychology Today explains, “Colorblind ideology is a form of racism.” When whites left transitioning neighborhoods, it was called “white flight” and was “racist.” When they go back to those neighborhoods, it is “gentrification,” which is also “racist.” It’s healthy for blacks or Asians or Hispanics to have a firm racial identity; for whites, it’s “Nazism.”

When blacks and Hispanics do not do as well as whites, it’s the fault of entrenched white supremacy. But if America is a white supremacist country, why do East Asians do so much better than whites?

All this—certainly not Donald Trump—explains the rise of white nationalism.

It is true that some people with nationalist ideas have committed horrific murderous acts. Why? Because when people have a voice, they speak. When they are hated, silenced, and their deeply felt values driven underground by self-righteous media censors, they may act in unspeakable ways.

There are democratic solutions to these problems. Censorship and demonization will make them worse.

Jared Taylor is the editor of American Renaissance. You can follow him on Parler and Gab.