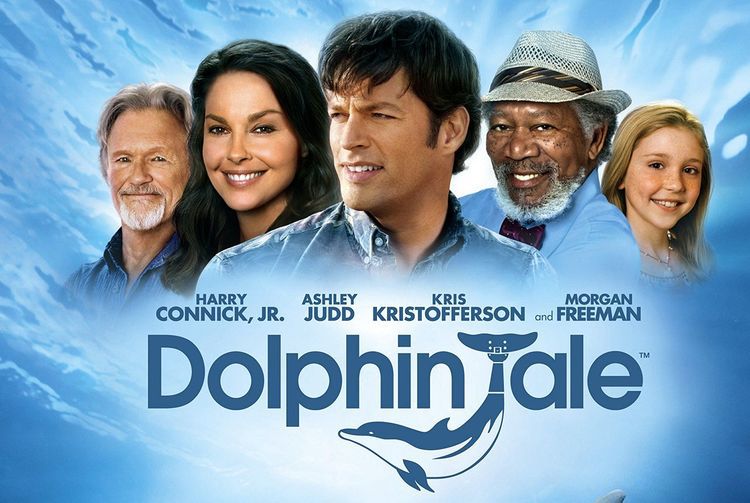 Earlier this year, the New York Times made a big deal out of the fact that no Black actors were up for Best Actor at the Academy Awards. [Hollywood’s Whiteout, By Manohla Dargis And A. O. Scott,  February 11, 2011]With his trademark sardonic wit, Steve Sailer wrote:

“How hard would it have been for Hollywood to cast an African American in The King's Speech? Why did Helena Bonham-Carter get to play the Queen of England when Tyler Perry was available?

“Why wasn't a single black actor even considered for the role of Mark Zuckerberg in The Social Network?

“Why did that hillbilly girl in Winter's Bone wander around the Ozarks asking her white trash kinfolk where her pa was when she could have gone to a shaven-headed black computer hacker genius and had him locate her father using high tech satellite imagery? That would have been awesome.

“Why did Hollywood cast Christian Bale as Mark Wahlberg's brother in The Fighter when they could have cast Diddy? Shouldn't Morgan Freeman have played a wise janitor at their boxing gym?”

Funny—but in fact Hollywood routinely casts Black actors in roles that real life can’t replicate. The phenomenon of creating positive images of Blacks by fictionalizing their contributions to society is so pronounced that it can only be viewed as a systematic attempt to brainwash America.

For example, it is simply a fact that very few inventions can really be credited to Black scientists. (One exception: the Super Soaker, developed by Lonnie Johnson in 1989. That no film has yet to be made celebrating the amazing achievement of producing far superior, accurate, weaponized streams of water than the traditional water gun is a scandal).

But that fact doesn’t dissuade Hollywood from inserting Black scientists in big-budget films like Terminator 2: Judgment Day; a geologist in 2012; or a Black weapons manufacturer in Batman Begins and Dark Knight (and the upcoming Dark Knight Rises).  That latter case would be, of course, Morgan Freeman, the quintessential “Numinous Negro”, to use Rick Brookhiser’s term—playing “Lucius Fox”. 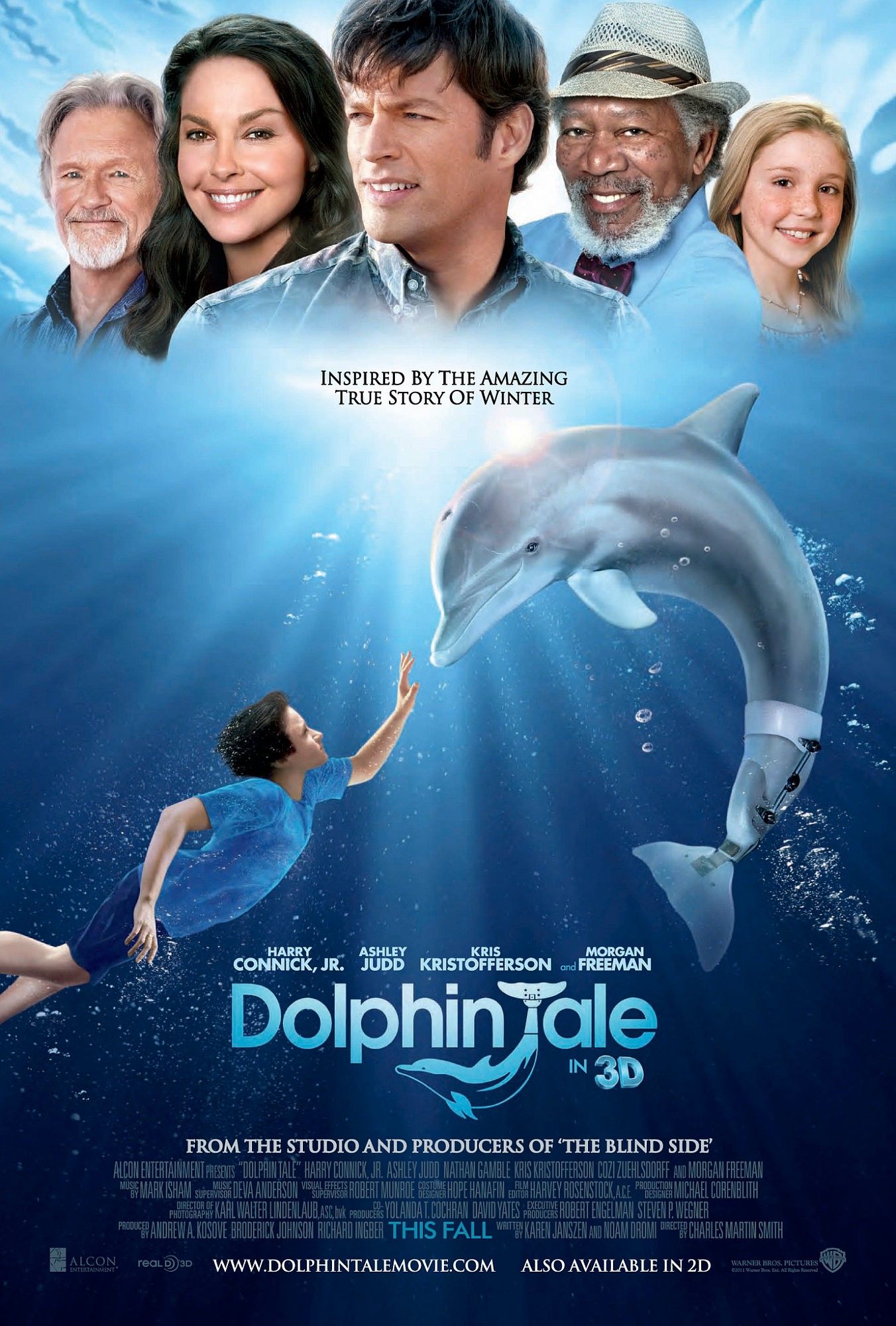 Nevertheless, while Hollywood routinely creates fictional geniuses or saintly sages for Freeman to portray, the new children’s movie Dolphin Tale—in theaters, debuting in theaters at mid-day, September 23—is a horse (or dolphin) of a completely color.

This movie will make hundreds of millions of dollars, as it is one of the few films geared toward families. And includes the always crowd-pleasing story of white people looking out for wounded animals.

Dolphin Tale is the extraordinary "true" story of the dolphin, Winter, now the star attraction of the Clearwater Marine Aquarium.

Tragically, Winter lost her tail in a crab trap back in 2005. Heroically, two employees of Hanger Prosthetics & Orthotics, Kevin Carroll and Dan Strzempka, were so moved by Winter's story that they developed an artificial tail for the dolphin.

Now you might be asking yourself: why does it matter that Hollywood has decided to put a Blackface on the actual white inventors of the artificial dolphin tail that saved Winter's life? It's just a movie—which happens to be produced by Alcon Entertainment, the same people who brought us 2009's surprise multiracial feel-good hit The Blind Side.

Answer: It's important because a lot of people are going to see this film—and, because most people believe what they see on television and in films, they'll come away thinking that a Black guy actually invented this prosthetic tail that helped saved Winter's life.

For example, in a recent Sheknows.com interview with Morgan Freeman (a man who said he’d vote for Obama a thousand times if he could, but that’s another story), entertainment editor Joel D. Amos wrote about the Freeman character, “Dr. McCarthy”, as if he actually existed:

“Morgan Freeman is Dr. McCarthy in Dolphin Tale, a man with a vision of creating a prosthetic tail for a dolphin named Winter who arrived at a Clearwater, Florida aquarium after losing his tail. Dolphin Tale is a true story and Freeman was thrilled to portray a man who would buck conventional wisdom by spending time and money creating something for a dolphin that most would never consider.

“To Morgan Freeman, Dr. McCarthy did much more than save the life of Winter, McCarthy inspired amputees and advanced the science of prosthetics while simultaneously rallying a Florida community around a dolphin who, in turn, inspired him.”

Surgeon General’s Warning: for all of you googling “Dr. McCarthy” hoping to learn about another Black inventor who helped make civilized society possible—stop.

Repeat: there is no real “Dr. McCarthy”. He is a creation of Hollywood.

Why would the Dolphin Tale producers and writers go to such absurd lengths to add diversity to a “true story”?—which, in real life, was just a bunch of boring white people saving the day yet again.

Maybe that is the reason. The rest of the movie’s cast is hideously white, like Super 8 or I am Number Four. Ashley Judd and Harry Connick Jr. also star in Dolphin Tale, rounding out a cast full of other white people. The insertion of a Black fictional image of Dr. McCarthy, played by Morgan Freeman, was perhaps necessary for this film to get green-lighted.

In a strange interview, inventor Dan Strzempka has discussed the casting choice of Freeman in a Politically Correct way.  The writer, Natalie Shepherd (email her), begins with what might be called massive understatement:

“Dan Strzempka doesn't look like Morgan Freeman, but he's flattered the acting legend is bringing his story to life on the big screen.

“‘It’s an honor; he's one of my favorite actors. He's one of the best actors of all time, so it's just a little intimidating,’ Strzempka said today in the laboratory at Hanger Prosthetics and Orthotics in Sarasota.

“Though the character's name [PK: sic!] has been changed, Strzempka is a big part of the upcoming movie…”

You might think Winter’s tale didn’t need embellishing. For example, Strzempka himself is an amputee, having lost his leg above the knee in a lawnmower accident when he was four years old. And work done on Winter really is helping humans. See Hanger Orthopedic Group’s website here and Dolphin and Iraq veteran share wonder of prosthetics, by Tali Yahalom, USA Today, July 18 2007). 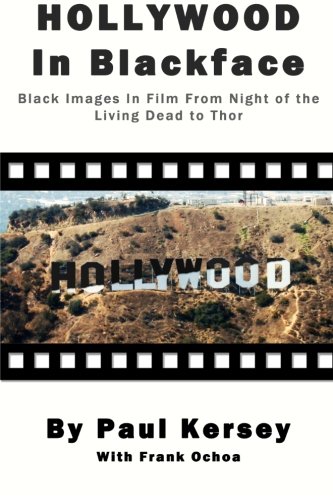 Morgan Freeman is of course the go-to “Numinous Negro” actor when a film needs a manufactured, positive image of a Black person. He’s made quite the career out of this typecasting. I discussed him extensively in my book Hollywood in Blackface: Black Images in Film from Night of The Living Dead to Thor.

In a review of my book, Brett Stevens wrote at Amerika.org:

“What may have spurred Kersey to action is the anomalous casting of African-descended Idris Elba as the Norse god Heimdall in the 2011 movie goof Thor. While the movie looks as stupid as 98% of what comes out of Hollywood, hangs out at the theatre like a juvenile delinquent, and then goes straight to DVD, the casting of a black artist as a white cultural figure provoked a turning point—what if, people asked, a white man was cast as a black cultural figure, like MLK or Malcolm X? We’d never hear the end of that.

“While it takes an acerbic approach, Hollywood in Blackface speaks up and points out the elephant in the room that we’re all ignoring. For every one Barack Obama or Morgan Freeman, several million black people live in an entirely different world, one in which diversity does not serve them and they end up impoverished, imprisoned and/or disillusioned. At this blog [Amerika.org], we’re honest enough to point out that the historical record of diversity shows that this is always the result. Others want to take a more extreme view and blame African-Americans for this condition. Kersey remains agnostic on this, wisely, and contents himself with satirizing the dichotomy.”

The much-lionized critic Susan Sontag once famously wrote that “the white race is the cancer of human history." [Partisan Review, Winter 1967, p. 57(not online)] Left-wing activist Tom Hayden has admitted that one of his goals is the “disappearance of the white race”.

By systematically suppressing evidence that might suggest the contrary, Hollywood appears to agree.

Paul Kersey[Email him] is the author of the blog SBPDL, and has published the books SBPDL Year One and Hollywood in Blackface. He works in political consulting and resides in Denver, Colorado.