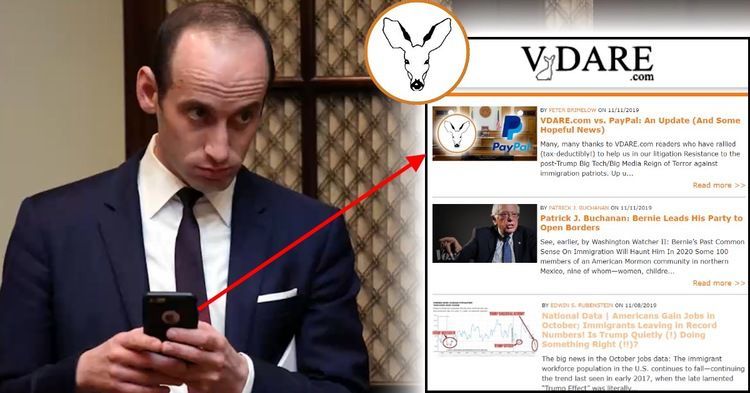 Earlier: "Basically The Plot Of The Purge"—Leftists Hating On Stephen Miller (And VDARE.com)

Stephen Miller is doing God’s work on fighting discrimination against whites and on illegal immigration. Miller has also recently announced the beginnings of legal action against the latest manifestation of the Biden Regime Administrative Amnesty, a wholesale de facto amnesty for all illegal aliens in the United States recently announced by the agency supposed to arrest and deport illegal aliens, U.S. Immigration and Customs Enforcement (ICE). Miller even uses the Federale-developed term, “Administrative Amnesty,” first set forth to the world on my first blog, since deleted by Google for Thought Crime [The Coming Administrative Amnesty, by Federale, Federale Blog, October 3, 2009].

These plans will now kick into high gear with the issuance of a 17-page memorandum from the Principal Legal Advisor of ICE, Kerry Doyle–a Biden Administration political appointee who formerly spent her entire career advocating for illegal aliens–directing ICE prosecutors to dismiss cases against illegal aliens, administratively close cases, acquiesce to requests from illegal aliens, and even goes so far as to encourage ICE attorneys to not appear in court in other cases.

None of this should be a surprise, this current manifestation of the Biden Regime Administrative Amnesty is nothing more than a precise repeat of the Obama Regime Administrative Amnesty. In both cases, one tactic of the Obama Amnesty was to order U.S. Immigration and Customs Enforcement (ICE) to drop charges or not bring charges against whole categories of illegal aliens. In this aspect of the Biden Amnesty, basically all illegal aliens will benefit, with three supposed exceptions, national security, criminal aliens, and recent illegal entrants, similar to the Morton Memos announcing “priorities” in nonenforcement under Obama. 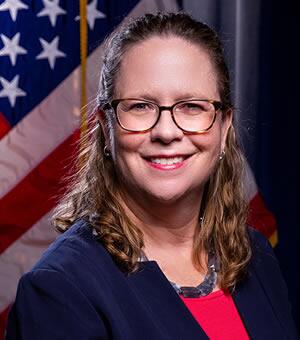 Now, we know already that under the Obama Regime, criminal aliens were redefined downward, i.e., only certain criminal offenses qualified for deportation, and that is true with the Biden Amnesty as well, as certain criminal aliens are already exempt, likely terrorists will be beneficiaries, and we all know that recent illegal entrants are already benefitting from catch-and-release by the hundreds of thousands at the border and the interior.

More accurately, there are no priorities for deportation, as every single illegal alien will be able to apply for this new benefit that does not have a basis in law. From the memorandum announcing the Immigration Court Amnesty and granting illegal aliens the legal right to appeal the mere fact of their arrest based solely on this memorandum:

Instead, OPLA attorneys are expected to litigate priority cases to completion. If a noncitizen previously determined to be an enforcement priority seeks such prosecutorial discretion, the noncitizen should generally be expected to file an affirmative request, with supporting evidence, in accordance with Section IV of this guidance, to allow OPLA to reassess the priority designation.

[Guidance to OPLA Attorneys Regarding the Enforcement of Civil Immigration Laws and the Exercise of Prosecutorial Discretion, by Kerry E. Doyle, ICE Memorandum, April 3, 2022]

Here Doyle creates a legal right for illegal aliens to a preemptive challenge to their deportation proceedings, not on a basis in immigration law, but based on the alien determining that he is not a “priority” for deportation, priorities furthermore not mentioned in immigration law as well. There is no basis in law for Doyle to create this right of action for an illegal alien; she is acting outside the law and the Constitution. Only Congress, by statute, can create a right of action in an administrative hearing. Just as Obama thought he was a king who could create law through his own will, so does Biden.

While OPLA attorneys represent DHS and cannot provide legal advice to, or legal advocacy on behalf of, a noncitizen, it is an OPLA attorney’s role as the government’s representative in removal proceedings to proactively alert the immigration judge to potentially dispositive legal issues and viable relief options they have identified in the course of case preparation or a proceeding, that then may be combined with elements of prosecutorial discretion (such as stipulations) to resolve cases before EOIR.

While the language is dressed up with the verbiage of rights of illegal aliens, it is unheard of that an attorney for the government has to make a case for an opponent in any type of legal proceeding. Basically, ICE now works for the illegal aliens, not the American nation or the immigration laws as written by Congress. This is unheard of and has no precedent.

We know that Obama was eventually shot down by the courts. DACA is no more, and now it is time for Miller and States Attorneys General to step up and challenge this unlawfulness in court. Time for an end to all the Administrative Amnesties!