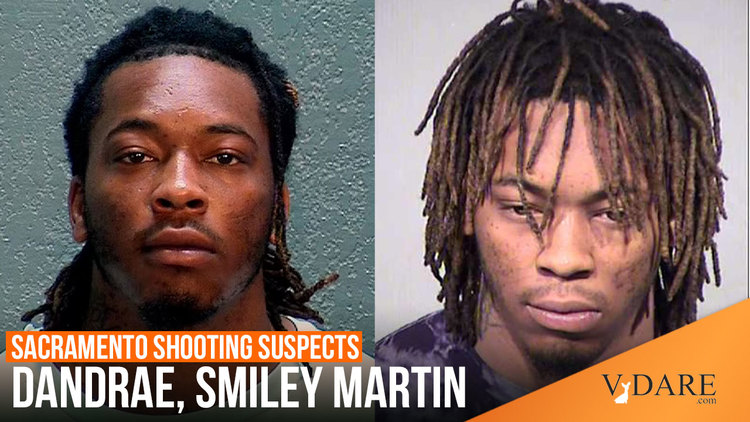 Sacramento Turns Out To Be Another Black-On-Black Mass Shooting, And While We Were Talking, There Was One In Dallas!

It turns out to be more of a black thing: see Who is Dandrae Martin? The 1st arrest in connection to Sacramento's deadly mass shooting by Andie Judson, Staff (ABC10), Associated Press, April 4, 2022.

See also this from CNN:

Police have arrested a second suspect in connection to a mass shooting in downtown Sacramento, California, this weekend that left six people dead and a chaotic crime scene littered with more than 100 shell casings.

Smiley Martin, 27, who was taken into police custody Tuesday, was found at the scene of the shooting early Sunday with "serious injuries from gunfire" and taken to a local hospital, the Sacramento Police Department said in a news release. Police "quickly identified" him as a "person of interest" and kept him under police supervision at the hospital, the release said.

According to police, Smiley Martin is the brother of Dandrae Martin, another suspect arrested Monday in connection to the shooting, which also left 12 people wounded and was one of more than 120 mass shootings in the United States this year and one of at least 10 shooting incidents over the weekend.

Once Smiley Martin's medical care is complete, he will be booked at the Sacramento County Main Jail on charges of possession of a firearm by a prohibited person and possession of a machine gun, police said."

"Machine gun" is wrong, of course.

This is a machine gun, it requires a two-man crew to load and fire: 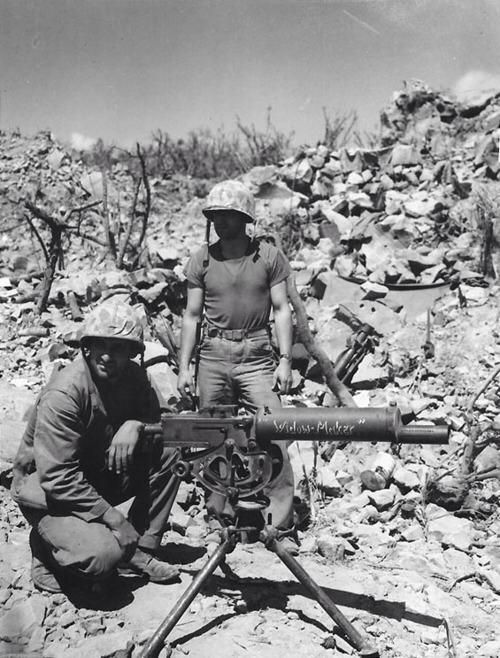 What seems to have been found at the scene is a Glock pistol illegally modified to fire full auto, a violation of Federal law which probably wouldn't bother a black guy who is willing to commit mass murder, and may already be prohibited from possessing normal guns.

While there was an unusually high death toll, this Sacramento shooting fits the template of a "Leaded Law" shooting as we've been discussing here since 2013: see How to Predict Ethnicity of a Mass Shooter from the Ratio of Wounded to Killed and The Fulford File | The “Leaded Law” And Mass Shootings—Poor Black Marksmanship Is Saving Lives.

So here’s a handy rule of thumb when you hear about the next mass shooting and find the press being coy about who did it and why: If the shooters exhibit bad aim (substantially worse than 1 killed for every 3 wounded) then they are Black gangsters settling a score. If they exhibit passable aim (around one fatality for each wounded survivor, or perhaps a little worse) then they are “Irish” [This a joke, he means Muslims.] “freedom fighters” who have likely pledged allegiance to the “Irish State.” Unless the victims are cops; then a perpetrator with passable aim will likely be a Black man with military training (see Dallas and Baton Rouge).

And while we were discussing it, another one happened in Dallas! Once again, people think it's about gun control.

Kealon Dejuane Gilmore, 26, was shot and killed - and 11 others were wounded - when someone fired a gun into the air and someone else fired a gun toward the crowd at a Dallas-area concert.

Reading the story linked to it, we see it was not a country music concert with men in big hats who are members of Texas gun culture, it was a rap concert:

A VIP badge found outside of the venue — an open field scattered with outdoor lights and abandoned cars blocked by a metal gate and police cars — promoted the second annual Epic Easter Bike Out and Field Party. The event included live performances, an Easter egg hunt, a trail ride and welcomed patrons to bring ATVs or horses.

A Facebook event flyer for the event advertised Big Boogie, a Memphis-based rapper, as its headliner. 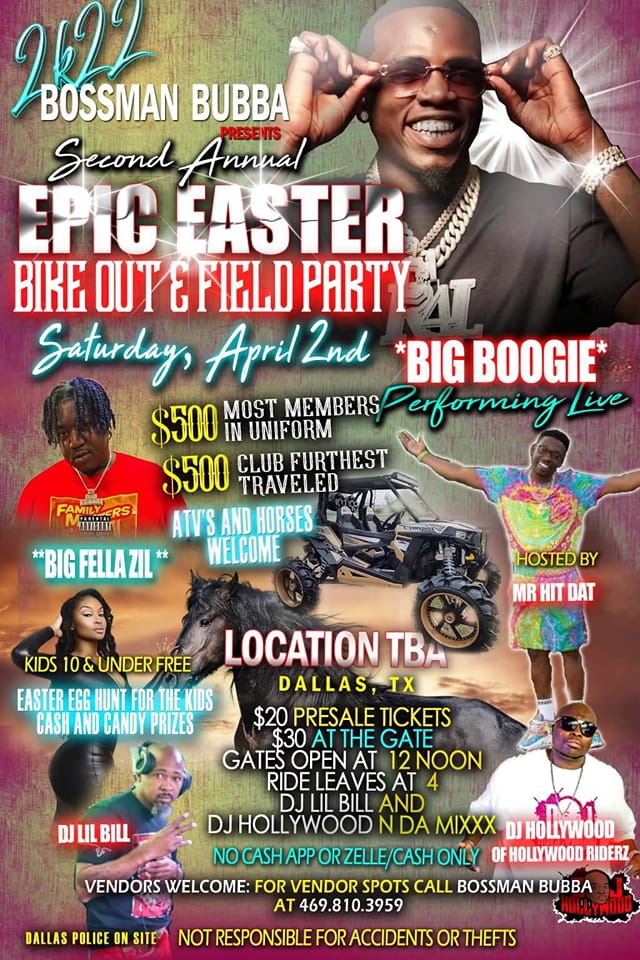 The flyer also noted that Dallas police would be on site. Some promotional material for the concert stated that guests would be subject to metal detectors, WFAA-TV (Channel 8) reported. Dallas police have not confirmed whether officers from the department worked security at the Saturday event, according to WFAA.

In a social media post, the musician apologized to his fans, saying that the shooting occurred before he arrived at the concert venue and that he was praying for the victims.

So once again, it's not about gun control, it's about race.