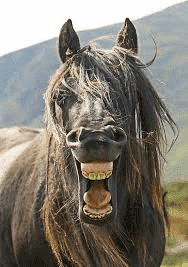 The Daily Haymaker, which is my go-to resource for news from the politically rich state of North Carolina, has posted a story which would be very funny if the implications for the nation were not so grim:

In about a week, we here in Pinehurst are being, um, “blessed” with an appearance from our two choices for the US House this November.  Renee Ellmers and Clay Aiken will face off before a ballroom full of bankers (and a statewide TV audience)…

Why do this?  In politics, it’s considered a wise move for an incumbent – who is far ahead of an opponent — to avoid debating said underdog opponent.  Sources familiar with both campaigns tell us a proposal for a second debate is even being considered.   I am thinking that Ellmers has seen polling that shows this race with Aiken as way too close for comfort.

North Carolina's 2nd Congressional District was last held by the Democrats 1996- 2010 and even as redrawn is only 62% white.  So Ellmers could indeed lose. This would of course vindicate the concern I raised after the Primary in After North Carolina: Q – Will Whites Vote For The AdelZuck Party? A – Not Enough. There have already been other ominous signs as I pointed out earlier this month in Carolina Catastrophe: Rove-Bought NC GOP Senate Candidate below 50% of WHITE vote!

Ellmers is a notoriously poor debater so the agreement does indeed smell of desperation. But there is a broader question: what happened to all her rich backers? Ellmers famously won the Primary because of massive outside spending:  Mark Zuckerberg + Congresscritter Renee Ellmers (NC2) = Dishonesty And Treason

What has happened is very revealing: Zuckerberg, Sheldon Adelson and their peers have obviously turned off the spigot. (This is why we are all being bombarded with fundraising emails). This proves that what they were interested in was not electing Republicans but preventing the emergence of Patriotic candidates – whom they would no doubt deride as ‘Nativist’.

But between the candidates they succeeded in forcing on the GOP and the Democrats, the AdelZucks are quite indifferent. Ellmers’ opponent does not even mention immigration on his campaign website. Both species of Pol can be allowed upon to obey orders on immigration, foreign policy and the social policies that the AdelZucks favor. So why spend money?