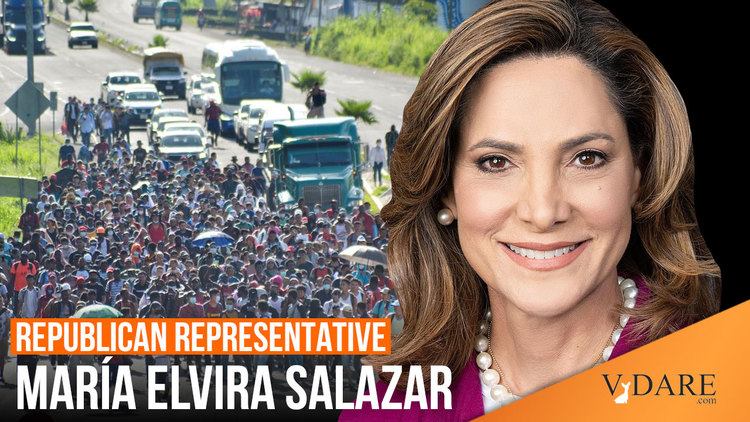 Republican Squishes Offer An Amnesty Of Their Own

Earlier: The Traitorous Republicans Who Back Amnesty In 2021

VDARE.com has long reported on how hardly any Republicans now publicly endorse Amnesty. That, unfortunately, has changed.

Florida Rep. Maria Elvira Salazar released a bill last week that would legalize pretty much all illegal aliens. The difference between her bill and President Biden’s Amnesty is that the Republican version would include some enforcement mechanisms to entice squishy Republican support. These include mandatory e-Verify and more Border Patrol officers. Biden’s version included no concessions to squishy Republicans—not even a pledge to provide more funding for border security [GOP bill highlights Republican rift on immigration, by Rafael Bernal and Mike Lillis, The Hill, February 10, 2022].

Curtis, Newhouse, Reid, and Meijer also voted with the Democrats to support the January 6 Commission..

Salazar claims the bill isn’t Amnesty, which it clearly is. She also says the bill is necessary for the GOP to grow.

There's a very big movement within the Republican Party understanding that this is the invitation letter for the browns, the Hispanics, the Latinos, you know, the largest minority in the country, welcoming them into the Republican Party, because we know that we need them in order to continue improving the American economy.

House Minority Leader Kevin McCarthy vowed that he would never allow an Amnesty to come up for a vote if Republicans take back the House in 2022. His word can be put to the test with Salazar’s treasonous bill.