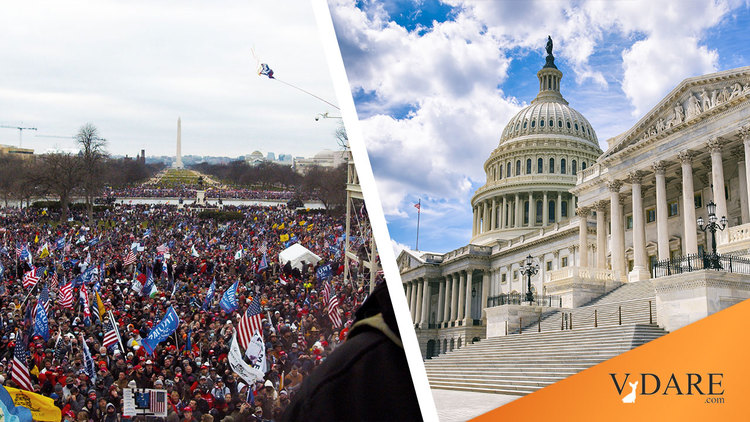 The House Votes For Oppressive January 6 Commission. 35 Treacherous Republicans Back It.

The House of Representatives passed a bill Wednesday to establish an independent commission to investigate the January 6 protests. It will be modeled on the famous 9/11 commission and it will allow the Democrat-run entity to subpoena and probe Trump, the GOP, and several patriotic groups [House sends bill creating January 6 commission to the Senate, by Annie Grayer, CNN, May 19. 2021].

Even though the commission is designed to hurt Donald Trump and the Republican Party, 35 Republicans voted for it. Here is the complete list of fools:

Many of these Republicans voted for Trump’s impeachment and seem to not mind one-party rule and big government actions against their own voters.

The bright side of the matter is that it may not gain enough votes in the Senate to overcome a filibuster. Senate Minority Leader Mitch McConnell opposes the commission, but he has not announced whether he will whip votes against it. House Minority Leader Kevin McCarthy opposed it as well and decided at the last moment to whip votes against it. Even moderate Republican Sen. Susan Collins is worried about the bill. If Republican leaders realize it’s bad for the party, they may bring their full power against it. Trump urges his party to resolutely oppose it.

It is good that the majority of Republicans are refusing to be browbeat into signing off on a sinister endeavor to persecute their own party and voters. But it’s very bad that there are way too many Republicans who will side with the media and the deep state against the historic American nation.