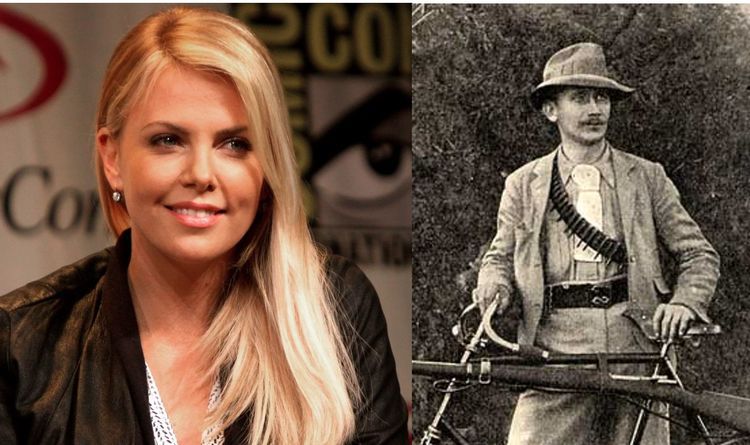 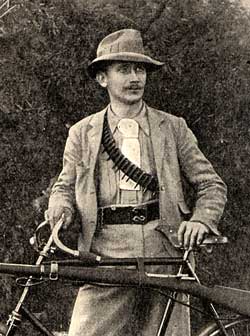 Actress Charlize Theron, who fled the murderous South Africa of the '90s, and is denouncing white privilege in the Current Year, turns out to be the great-great-niece of heroic Boer War commando Danie Theron, right.

The Boer War was a terrible tragedy, like the First World War, but on smaller scale. It featured atrocities on both sides, and flashes of glory, also on both sides.

It was not about white privilege, but was, as John Derbyshire has described the current Cold Civil War and the actual American Civil War: a conflict between two groups of white people “with colored auxiliaries recruited by one of the sides to groom the horses and dig field latrines.” Mahatma Gandhi was one of the “horse-holders” on the British side.

The Boer War  (1899-1902) was controversial in England at the time. Arthur Conan Doyle and of course Rudyard Kipling wrote in support of it for Imperial reasons, while GK Chesterton and Hilaire Belloc opposed it for anti-Imperial (and nationalist) reasons.

Danie Theron, on the other hand, fought in it, like the young men in Red Dawn, because he lived there. The Boers were his people, and he fought for them as a scout-commando. Wikipedia describes his career:

Theron became a Boer Army Captain and was put in charge of organizing and leading the Boer Intelligence scouts, the Theron se Verkenningskorps (TVK) (Theron's Reconnaissance Corps). To save horses for combat, he developed the use of bicycles for despatch and reconnaissance. His 105 recruits were equipped with various items including revolvers, binoculars and sometimes light carbines. The TVK would watch British movements and study their tactics during battles.

Reconnaissance missions became Theron's specialty. He was able to move through the land without being detected. As the war progressed, Theron and his men were moved closer to the Western front. The Boers, under the rule of Piet Cronje, were constantly skirmishing with British forces, and the TVK gained a reputation for destroying railway bridges. Lord Roberts labelled Theron "the chief thorn in the side of the British.". A bounty was put on his head for £1,000 offered for his capture.

His eventual death was heroic:

While scouting alone on a koppie at Gatsrand, about 6 kilometres (3.7 mi) north of present-day Fochville, he encountered seven members of Marshall's Horse and was killed in action. According to the source, Daniel almost ran into the cavalry platoon, but he reacted and opened fire so swiftly that he nearly eliminated the entire squad of seven, killing three and maiming four. Unfortunately, his gunfire drew attention to the escorting artillery, and the field guns opened a barrage on the koppie that killed him. General de Wet remarked "Men as lovable or as valiant there might be, but where shall I find a man who combined so many virtues and good qualities in one person?"

The Wikipedia entry on his life and legacy says that he's been treated better in black-ruled South Africa than Confederate statesmen and soldiers are in America.

This refurbished statue, dating from the days of white rule, is still standing.

But this is even more remarkable:

A new Danie Theron Monument was erected near the Union Building in Pretoria, South Africa on 6 March 2002, by the former South African President Nelson Mandela. In one of the very rare occasions where Mr. Mandela spoke Afrikaans in public, he said he valued the fighting spirit of Danie Theron, his honesty, bravery and his determination to do the right thing for his nation and his beliefs. Mr. Mandela said that the modern South Africa needs more Danie Therons in order to meet the challenges that lie ahead.

Unlike Chesterton and Kipling, I'm not going to take sides in the Boer War.

The cause of the Boer War is similar to the cause of the American Revolution. Lack of colonial representation in the Westminster Parliament meant that English politicians and bureaucrats could give your land back to the Indians. (Whoever the local "Indians" are.)

This was the experience of Dublin Protestants in the 1920s, of the Northern Irish Protestants in the 90’s, of British colonists in India in 1947, of British colonists  in Kenya in 1963, of Rhodesians in 1965 and 1980, and of White South Africans in the 1960s. At that point of course, South Africa was as independent as Canada and Australia, so South African politicians had to give the land back to the local "Indians" for themselves—with the aid of pressure from Westminster and Washington.

Danie Theron's life and death would make a good movie. But they won't make that movie, will they?