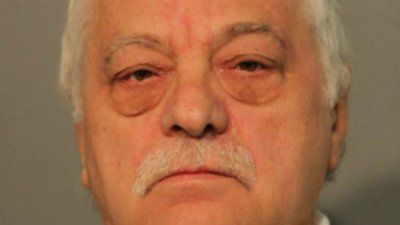 Steve Sailer pointed out in May  that the "total number of homicides in Chicago increased from 512 in 2015 to 808 in 2016" according to HeyJackass.com.

One man killed five people all by himself on the weekend. Unusually, for Chicago, it's a white guy: Polish immigrant Krysztof Marek, 66.

His victims were white, too, which is also unusual. (And believe me, this story would be a much bigger deal in the media if they weren't.)

Two of the victims were identified as 43-year-old Tsvetanka Kostadinova and 53-year-old Jolanta Topolska.

These are white people's names.

The identities of the other three victims have not yet been released.

One of the notes read: "No mercy. Remember whatever s--- they do to you, you control it yourself, not them. Enough. You have to pay for it."

There were some clues pointing to a motive. Marek was living alone and not paying his mortgage or association fees, Murphy said.

I was alerted to this by a commenter on Steve Sailer's blog, who wrote:

There was a mass shooting in Chicago this weekend, for some reason none of the news stories mention it but it’s clear the killer is a Polish immigrant. That’s the reason this isn’t national news if it had been a US born white guy the MSM would have been all over this. Even the local news isn’t treating this like a big deal, the looming teachers strike has led off most newscasts.

Then I tried searching the news for "Polish immigrant" and got nothing about this story at all. Of course not! When the victims have funerals at the local Polish Catholic church, we'll hear about their immigrant story, but never about the man who shot them.

Suspect who police say shot 5 people in Chicago's Dunning neighborhood had notes taped to his wall, written in Polish: “No mercy, whatever sh** they do to you, you control it, not them. They have to pay for it. Tomorrow, no mercy without any hesitation”. pic.twitter.com/QgnisKfbK4