On Friday, political writer Ann Coulter joined Bill O’Reilly for a talk about the prospects of the Republican Party in the November election. O’Reilly pulled up a poll showing both parties are distrusted and asked Coulter her opinion about why Republicans aren’t doing better when Democrats, particularly the President, are doing such a rotten job.

She responded, “The country has changed and we keep thinking this is the same country that it used to be. Democrats have been bringing in ringers since the 1965 Immigration Act, you think it’s the same people voting, it isn’t. The Democrats get, basically, every immigrant group to block vote for the Democrat.”

Coulter further observed about Republicans, “”They’re not pushing the issues that Americans care about. They aren’t the populist party. They’re allowing themselves to be painted as the party of Wall Street and not the party of the people. If the Republican Party is going to win they’re going to have the populist party and bring up issues like immigration, which they won’t touch.”

When O’Reilly spouted some blather about a Republican supporting borders, Coulter responded, “Look, Americans are out of work. No more guest workers. we need a little time to consolidate, and instead of constantly sucking up to a group of people who will never vote for you, how about appealing to the other voters who are just going to stay home and say ‘screw you’?”

Were there more time, Coulter might also have mentioned another reason the Republicans poll poorly is the years-long media campaign to portray conservatives as not merely having a different political opinion, but being personally evil, specifically sexist (“war on women”!) and racist against the black President and every other colorful person.

One recent indicator of the media’s successful propaganda against conservatives was the Rasmussen poll showing the “Tea Party Is Still Most Toxic Political Label”. What is so terrible about the Tea Party? They stand for a Constitutionally smaller government, a balanced budget and national sovereignty — all popular issues, but the media has purposely smeared grassroots conservatives as bad people and so the stigma remains. 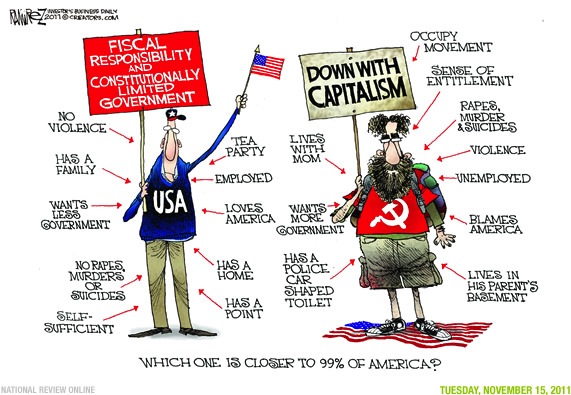