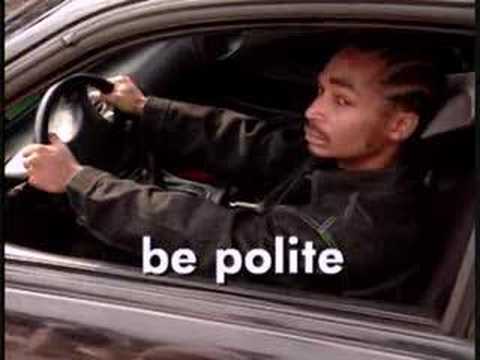 Chris Rock's video, "How Not To Get Your Ass Kicked By The Police", contains strong language—playing it aloud at work will get your ass kicked by Human Resources.

An Ohio Reader [Email him]

In all the hubbub around Ferguson, MO, and Eric Garner, I am surprised no one posted the video by comedian Chris Rock on how not to be beaten by the police.

It explicitly tells you what not to do to avoid confrontations such as occurred in Ferguson.

At the time I wrote that Rock's video, a spoof of a driver training video, makes the point that many confrontations with police are not caused by racism, they're caused by stupidity or criminal behavior on the part of the suspect. He even goes so far as to say that Rodney King should have stopped his car, rather than speeding away at 110 MPH.

Now I'm more inclined to believe that these confrontations are cased by racism, on the part of the  black suspect, rather than the police.See the case of Henry Louis Gates, who reacted furiously when a Cambridge Police officer came to his door to ask him why he had just broken in into his own house. The officer was white.