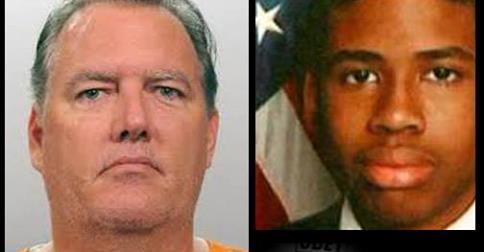 Part of the anarcho-tyranny being imposed by the Obama/Holder Regime is the ongoing persecution of white men by prosecuting them for non-crimes, overcharging them, and/or imposing draconian punishments on those convicted. At the same time, nonwhite defendants from “protected” groups are enjoying Affirmative Action justice where they are largely immune from prosecution for crimes against whites.

Take white man Michael Dunn, the latest victim of a racially biased justice system. Dunn was just sentenced to life in prison without parole plus 90 years in a blatant example of politically motivated prosecution.

Dunn was parked in a gas station parking lot while four black teenagers blasted music from an SUV next to him. When he asked them to turn it down, it led to an argument between him and one of the teenagers, Jordan Davis. Dunn told the jury during his trial that Davis threatened to kill him, but Davis’s friends claim they did not hear him threaten Dunn. [Jury deadlocks on murder charge in loud music trial by Julia Dahl, CBS News, February 15, 2014.]

Of course, young and not-so-young black men obsessively harass whites with the intention of provoking a response. The response is then a pretext to engage in violence. Often, even if there is no response, one is simply invented.

For example, in the latest Drudge linked episode of racial violence in Chicago, black teens who videotaped their attack on an older white man in the subway, simultaneously claimed they “didn’t do nothing” and that their attack was justified because the man was “saying racial slurs.” [Cruel teenagers caught on video cackling with laughter as they slap and taunt elderly man on subway in sickening attack, by Mia de Graaf, Daily Mail, December 13, 2014

In Dunn’s case, Dunn said he thought he saw a shotgun coming out of the SUV’s window. Dunn fired ten shots into the car, hitting Davis three times and killing him.

The prosecutor in the Dunn case was none other than Angela Corey—the same prosecutor who tried to destroy George Zimmerman for defending himself against Trayvon Martin. The Main Stream Media and prosecutors worked hard to poison the jury pool by presenting Dunn as a mouth-breathing white supremacist, including releasing and publishing highly prejudicial letters Dunn had written from jail to his family and friends. [Michael Dunn: Letters from jail, CBS 47, October 17, 2013]

The jury deadlocked on the first-degree murder charge, but Dunn still faced a staggering minimum mandatory 60 years in prison for three convictions for second degree murder [Jury deadlocks on murder charge in loud music trial by Julia Dahl, CBS News, February 15, 2014.] Nevertheless, Corey retried Dunn on the first degree charge. This time he was convicted and was sentenced to life in prison without parole, plus 90 years. [Dunn gets life in prison by First Coast News, October 17, 2014.]

To put this sentence in perspective: In his memoir, The Criminal Justice Club, career Los Angeles County prosecutor Walt Lewis cites research by Prof. Joseph Bessette, the former Acting Director of the U.S. Bureau of Justice Statistics, who found in 1992 that convicted murderers served on average fewer than 5.5 years in jail and prison. Bessette later revised his work for Lewis, and found that by 2001, the average had only increased to eight years and eight months.

But Corey’s overcharging of Dunn with first-degree murder, instead of Murder Two (the shooting was obviously not premeditated) and the two juries’ verdicts and draconian sentences were nakedly political—they were intended as a loud warning to white men across the country: Do not defend yourselves against what appears to be mortal danger from black aggressors, or we will end your life.

Let’s look at some other prosecutions/ persecutions of Politically Incorrect whites.

As a Jew, I obviously hold no brief for neo-Nazis. However, the same Obama-Holder Justice Department that has routinely violated whites’ civil rights, and in particular hunted those who are pro-white, has enthusiastically supported racist black terrorists who have actually threatened or committed violence.

Contrast the punishment of Bill White to the anarchists and communists who made death threats against hotel staffers in order to shut down an American Renaissance conference. The feds never even investigated the terrorists’ crimes. The only justice anyone got was when the late David Yeagley sued the terrorists in civil court, and won a judgment of $50,000 from black racist thug Daryle Lamont Jenkins of One People’s Project—though Yeagley died before he could collect.

Or look at the New Black Panther Party, which openly promotes racism and anti-Semitism just as fanatically as any Nazi. [Malik Zulu Shabazz, Discover the Networks]

On Election Day 2008, the NBPP was caught on videotape, violating whites’ voting rights at a Philadelphia polling place—blocking their path, brandishing a deadly weapon, and hurling racial epithets at them. The Bush DOJ initiated prosecution against the NBPP. But when the defendants refused to show up in court, AG Eric Holder scuttled the case.

In August 2014, the group called for the murder of white police officer Darren Wilson. Again, the feds ignored the NBPP.

President Barack Obama in particular has long supported the NBPP. In 2007, he marched with them. [Obama Marched with Zulu Shabazz and the New Black Panthers in 2007, RedState, October 4, 2011] He campaigned on the same stage with NBPP leader Malik Zulu Shabazz. After winning the election, Obama reportedly had Shabazz as his guest at the White House on at least one occasion. [Surprise! Guess Who Visited White House, by Aaron Klein, WND, November 1, 2009]

Far from prosecuting black racial terrorists, Obama and Holder have encouraged them by sending Justice Department activists to Sanford, Florida, and Ferguson, Missouri and inviting racist black thugs to the White House to incite racist violence.

Contrast the watered-down sentences for minority criminals to these draconian sentences being meted out to whites for political crimes. Just as the British Establishment credited “exemplary sentencing” with crushing British working class resistance to Third World immigration, so the American Establishment is trying to break any white resistance to nonwhite crime and imposed demographic change.

In Obama’s America, it’s a far worse crime to call a minority an impolite name than it is to randomly assault a white. It’s far worse to harbor Politically Incorrect thoughts than undertake violent actions. And justice, rather than being blind, seemingly operates on a quota system. Like some real world version of Animal Farm, under our federal government, we’re constantly preached to about how everyone is equal—but some people are more equal than others.

Cory Strolla, Dunn's attorney in his first trial, withdrew from the case when Dunn’s family could no longer pay his fees. A state-appointed lawyer, Waffa Hanania, represented him at the second trial. (Lawyer for Michael Dunn withdraws from case, by Larry Hannan, staugustine.com, March 11, 2014.) Neither returned messages I left for them for comment.