"Epithet" Painted On Umoja Student Residence. But Who Painted The Word "Umoja" On It? 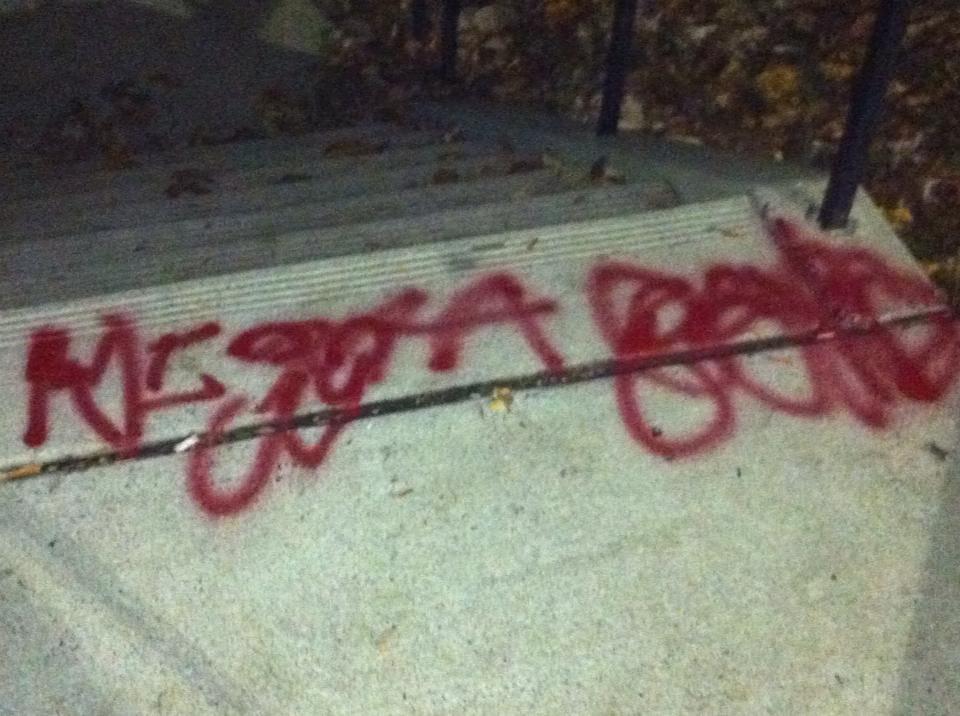 "Spray-painting racial epithets on someone’s home in the middle of the night is guaranteed to get attention "says the Lehigh Valley Express-Times. Yes, I know, that's why there are fake hate crimes almost every day in America.

When such an act is directed at a college residence that promotes student diversity and multiculturalism — as it was this week at Lehigh University’s Umoja House — the nameless work of a coward reverberates in a way that is felt deeply by an entire community.

You know, when I was in school, when someone painted something on a wall, they sent a man around to clean it off.

Lehigh President Alice Gast was quick to condemn the crime. She met with the Umoja residents, most of whom are minorities, and appealed to students to

To admit they'd done it themselves? To get a grip? To calm down and get back to work? Sadly, no. She

appealed to students to meet and deal with the racially charged incident directly and openly. That’s a good start, because it’s uncertain whether this act was an isolated incident or a reaction to grievances expressed by some minority students in the past few months.

University police say they are working to track down the person or persons who  spray-painted the n-word and variations of the epithet on the sidewalk and wall of the Umoja house early Wednesday morning. The university set up a hotline to accept calls, hoping to identify those responsible, and promised to pursue an aggressive prosecution of the case.

My question is, whoever may have painted an "epithet" on the wall, who painted the word "Umoja" on it? Umoja is a Swahili word meaning "unity."

In the context of an American university, "Umoja" doesn't mean school spirit, like you get at booster rallies, or brotherhood as in regular fraternities, it means racial solidarity against white people.

Isn't a university giving minorities a separate residence and painting "Umoja" on the side of it a slightly bigger issue than some young person—of whatever color—painting an epithet with a spray can?

Yes, it's so much bigger that it's invisible.