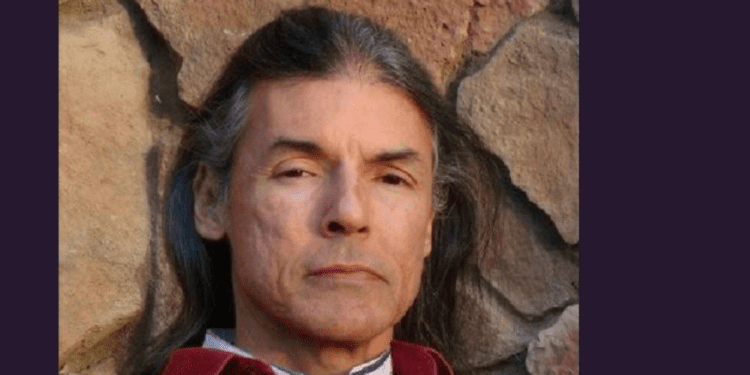 When American Indians surrendered our weapons, there was only one hope left for us: the White Man’s law. That same law may be the last hope of American patriots today.

As an American Indian patriot, I just sued the enemies of American freedom. On August 8, 2011, I filed against the people who have attempted to deny First Amendment rights to American Renaissance, myself, and VDARE.com. I have sued Daryle Lamont Jenkins, One People’s Project, and others; and an unspecified number of “John Does” to be revealed in the suit.

These professional protesters have been a menace to American freedom for years. They have recently succeeded in shutting down the American Renaissance conferences in 2010 and 2011 by directly threatening the hotel host management and employees. Their adverse and egregious influence is growing.

As an Indian, I did what every American has to be willing to do: I sued them.

Otherwise, we may eventually all lose our freedoms, forever.

I’ll not be robbed twice. Indians lost the first wars with the White Man, but, all Americans are threatened this second time—by white Oedipal liberals. I’ll not have anti-Americans, of any color, rob me again—at least not without a fight.

Can I count on the patriot White Man to join me—to defend the very country he created, this glorious land we call America?

I was scheduled to be a speaker at the 2010 American Renaissance Conference. But the conference was cancelled—repeatedly. Hotel after hotel reneged on their contracts, folding under the intimidation of street thugs.

Who is behind them?

The vice-president for Human Affairs of United Steel Workers International, Fred Redmond, ran a piece in TheHill.com, “Shun Bigots” (February 1, 2010), condemning American Renaissance—and anyone associated with it. And other groups were involved in publicly protesting the AmRen conference.

Non-violent protest is a First Amendment right. But threatening hotels is not.

Communists exist in multitudinous groups across the country, all “community organized” and able to create a protest, a political crisis, a street brawl, at any time, in any place. Communist groups are arguably the predecessors of today’s “flash mobs”. (We might wonder who is really behind the flash mobs).

It is in defiance of apparent risk that I venture to ‘hit a lick for right,’ as Davy Crockett [John Wayne] said in the Alamo. I know it is the right thing to do, and the thing I have encouraged every patriot to do since I started writing columns for David Horowitz in 2001, and for VDARE.com the next year.

Now I have the opportunity to at least demonstrate my sincerity. This is a historic privilege, to have such a national opportunity to stand for America. A dream come true, really.

And I stand also for American Indians. There is no hope for Indians unless we view America in a positive light—resuming our original role as host to the lost Pilgrims.

A warrior is more than a killer. The warrior is a savior. Now is a day of great peril for America. Every Indian should rise up and fight nobly for everything American.

We nurtured the White Man when he was an infant in our arms. He grew into a magnificent son before our eyes. Shall we not offer him our strength again, in this hour of his greatest need? To even attempt to do this is, for me, a vision come to pass.

Anything less than this full commitment is less than American—less than Indian, and less than a man.

Already, I have reason to believe that my law suit will yield results.

The Bad Eagle Foundation, a 501©3 public charity, is devoted to the improvement of Indian life through the creation of new and positive perspectives for Indian people.

It is our belief that what is best for America is best for Indians. American patriotism—owning America, psychologically, as only Indians can—is the best position for Indians to take. This is every warrior’s responsibility.

We welcome your support, individual and corporate. Anyone interested in contributing to the Bad Eagle Foundation please feel free to donate to:

You can do it via PayPal here.

Dr. David A. Yeagley [email him] is an enrolled member of the Comanche Nation (Lawton, Oklahoma). His articles have appeared in TheAmericanEnterprise.com, FrontPageMagazine.com, VDARE.com, and on his own web site, BadEagle.com. He is a speaker for the Young America’s Foundation, and for the John Birch Society. David Yeagley’s columns for VDARE.COM include An American Indian View of Immigration, and To Deport or not to Deport. David Yeagley is the author of Bad Eagle: The Rantings of a Conservative Comanche and Altered States: The State of the Dead and the State of the Holy. Dr. Yeagley has contributed to Persian Heritage Magazine and served its editorial board since 1998. Recently, Dr. Yeagley was commissioned by the Oklahoma Historical Society to write a symphonic music score for the 1920 silent movie, “Daughter of Dawn”. Release date is projected in 2009.