"We Are Building Society On A Delusion"—A Race Realism Primer

Americans can’t stop talking about race and racism. Why? Because black people don’t do as well as white people. They are poorer, more likely to be in jail, they are fatter, more likely to have illegitimate children, and the black part of town is always the worst. There is only one official explanation for this. It’s the fault of white people.

But racial discrimination has been illegal for more than half a century. There are now built-in advantages for black people called affirmative action and diversity goals. That’s why Critical Race Theory now says white people are oppressing black people whether we want to or not. It’s our nature. 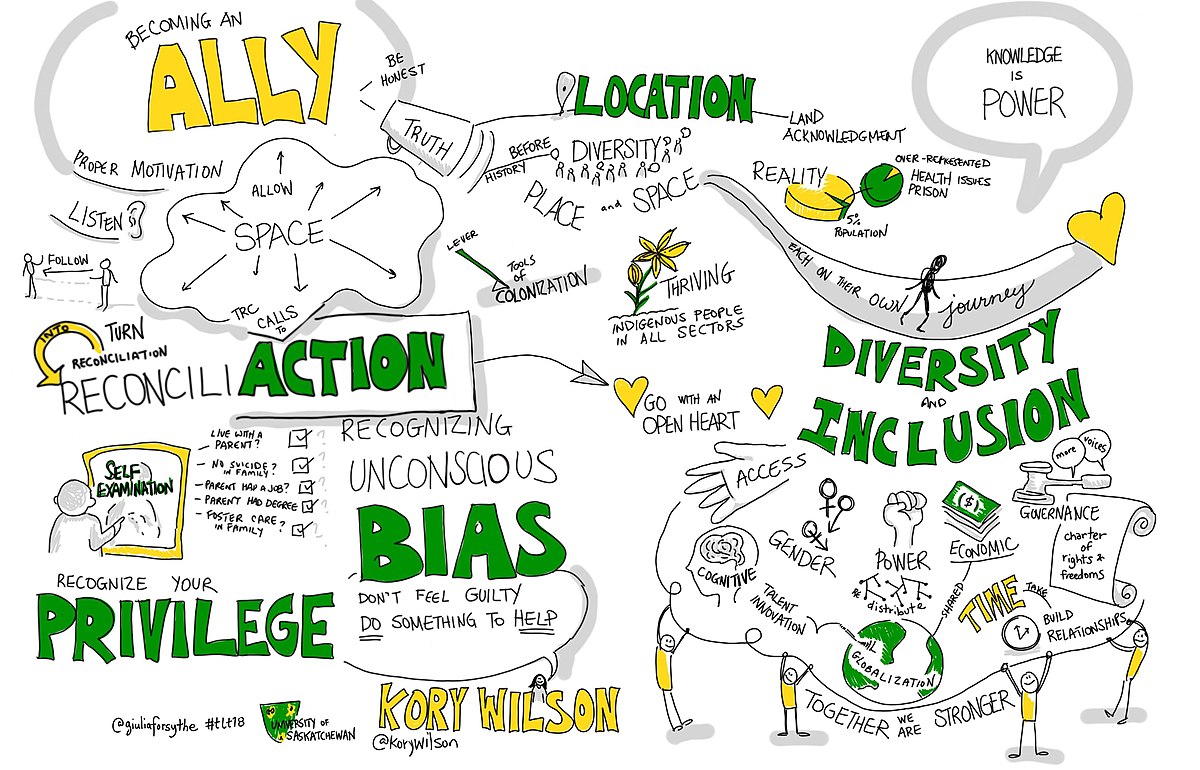 Is that really believable? Are we unconsciously oppressing black people? Isn’t it plausible to ask whether, on average, the different races might not have the same abilities? Couldn’t it be that most of the time in America, people of all races rise and fall according to their abilities?

At some level, almost everyone knows that races are different. The Tokyo Olympics are going on now, and I can make a prediction with complete confidence. Blacks who come originally from West Africa will dominate the sprints, and blacks who come from East Africa will dominate the long distances. It’s been that way for at a long time. Here’s Jesse Owens beating the white guys in the 1936 Olympics, 85 years ago.

Blacks dominate professional basketball. They are 13 percent of the population but 81 percent of the players. Any given black man is 21 times more likely than a white man to be a pro basketball player [What percentage of NBA players are Black and how many players are white?, Interbasket.net, June 16, 2020]. Is that a coincidence, or are they just better? This book is about the physical differences that explain why blacks are tops in some sports—and not so good in others. It’s risky to talk about these physical differences, and that’s why the book is called Taboo. 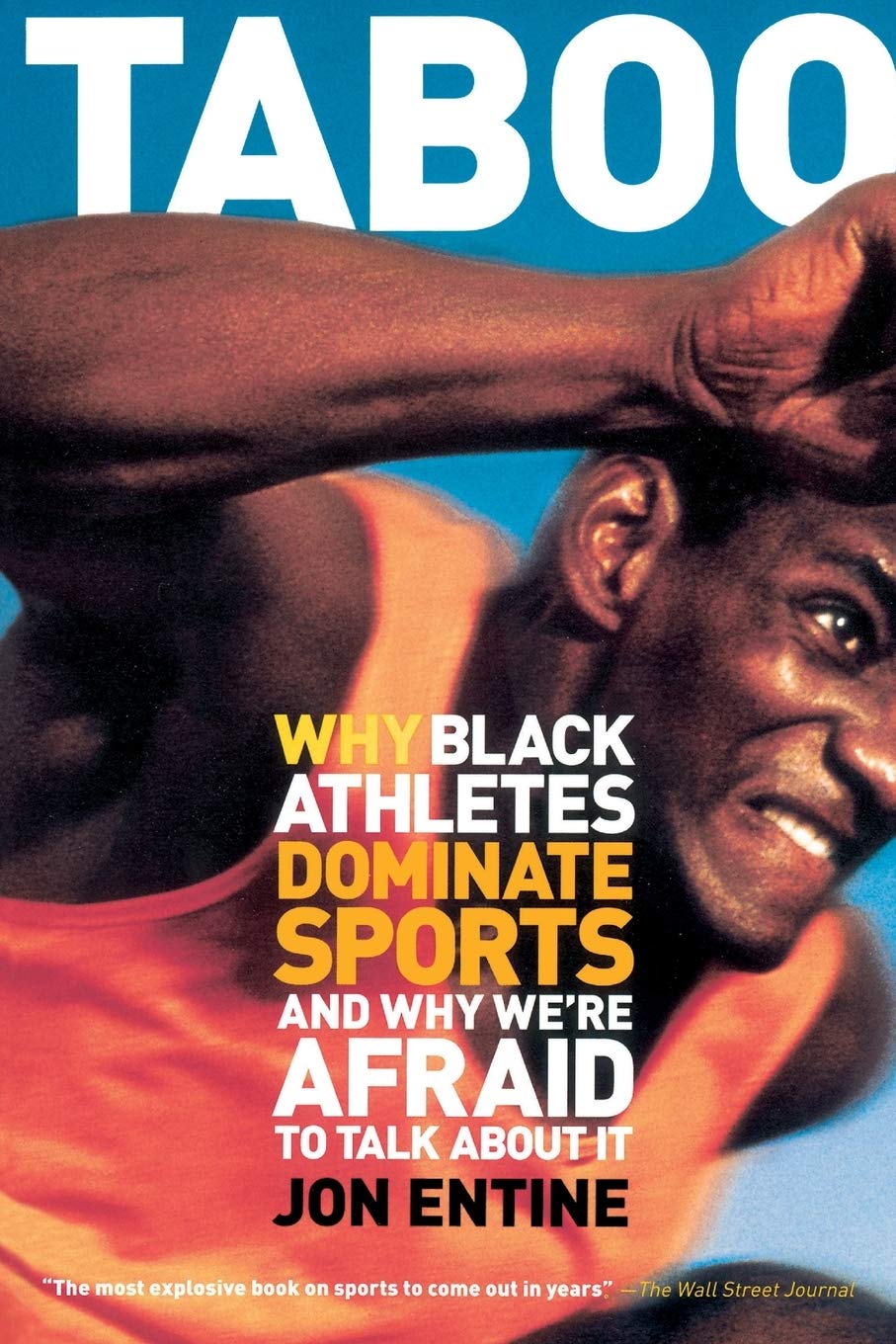 It’s much more taboo to talk about race differences in intelligence, but the evidence for differences is overwhelming. You don’t have to be an expert to understand this. For example, there is no black country anywhere in the world—whether in Africa or in the Caribbean, like Haiti—that isn’t poor. Are all those countries, despite their very different histories, victims of racism in exactly the same way?

Before Europeans or Arabs showed up in black Africa, no one there had invented the wheel or any kind of mechanical device or had domesticated an animal or figured out a calendar or built a two-story building. 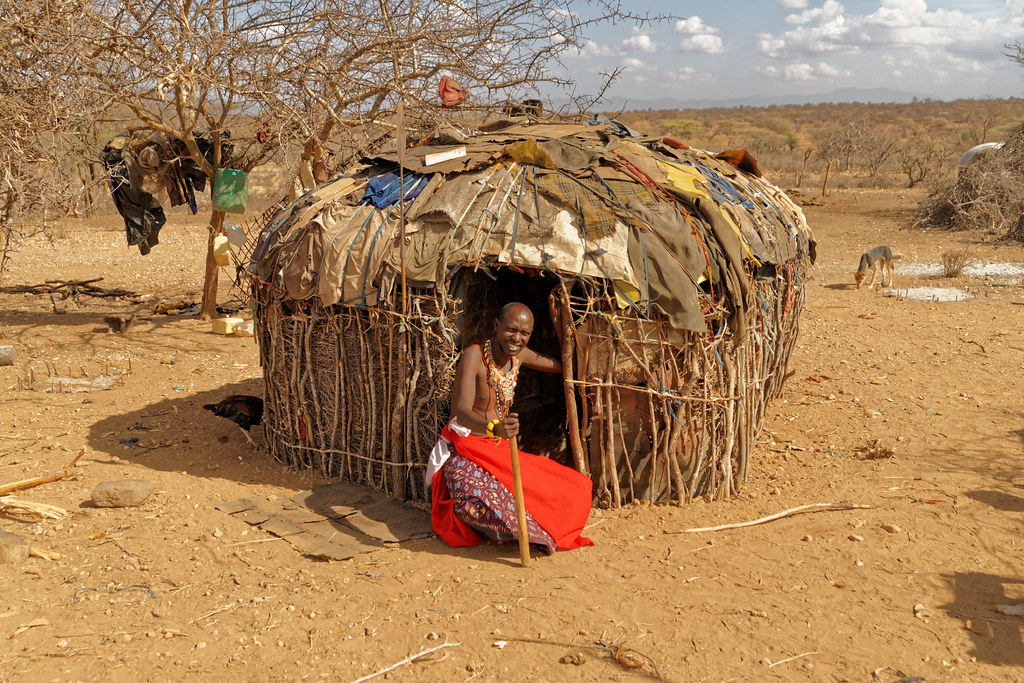 There is some debate as to whether any blacks even had a written language. Many ancient peoples—Chinese, Arabs, Greeks—encountered black Africans. When they wrote about it, they often said blacks were unintelligent. I have never read of anyone who marveled at their intelligence.

Here’s another pattern: there are 13,800 school districts in the United States. I don’t know of a single one that doesn’t fit the pattern on standardized tests: black students get the worst grades. Hispanics do better than blacks.

Whites do better than Hispanics. And Asians do best of all. Does every one of those 13,800 school districts practice exactly the same kind of oppression that keeps blacks down—and Hispanics down, but not quite so far down and—somehow—pushes Asians ahead of whites? Or is the more likely explanation that, on average, people of different races have different abilities?

You may think tests of any kind—especially IQ tests—are racist, but specialists overwhelmingly agree that they are not. This book, for example, published by Cambridge University Press, is a collection of 20 chapters written by the most eminent people in the field of intelligence. Tests accurately measure the intelligence of people of all races. You are basically born with a certain level of intelligence. It’s also clear that, on average, Asians score higher than whites on every kind of test. In America, they make more money than whites, live longer, and have much lower crime rates. How does that happen if America is a white supremacist country? Many people claim that blacks do badly in school and on tests because they are poor. This 2009 issue of the Journal of Blacks in Higher Education has an interesting article called “The Persisting Racial Chasm in Scores on the SAT College Entrance Examination.” [Autumn, 2009] Along with SAT scores for each racial group—with Asians at the top and blacks at the bottom—we find this interesting note: “Whites from families with incomes below $20,000 had a mean SAT test score that was 12 points higher than blacks whose families had incomes between $160,000 and $200,000.” Please think about that. Whites from families that were not even making $20,000 outscored blacks from families making more than $160,000. I would use more recent data if I could, but the SAT people don’t release it anymore.

Some people think it is middle-class white culture that prepares white children for success, and that if black children had it, they would turn out just like whites. In the 1970s, scientists tried to prove it. They studied black and white children adopted by middle-class white people before they were even one year old, and tested them regularly until they were 19 [The Minnesota Adoption Studies: genetic differences and malleability, by Sandra Scarr and Richard A. Weinberg, Child Development, April, 1983] ]. At first the scientists were happy with the results. When the black children were small, they had about the same IQs as the white children. But the difference increased as they got older, and by the time they were 18, their IQs had dropped to just two or three points above the average for blacks. Maybe having spent all that time in white families did raise their IQs a bit, but it did not eliminate the black/white difference—which has been about 15 points for as long as there has been large-scale testing, which to say, more than 100 years.

The best estimates are that genes account for 50 to 80 percent of individual differences in IQ.

That means the environment accounts for the rest, but despite tremendous efforts, no one has figured out how to change the environment in ways that raise IQ permanently. Adoption is a dramatic change of environment but even that doesn’t work. Adopted children of all races end up with IQs much closer to those of their biological parents than to their adopted parents.

It would have been a miracle if the forces of evolution that produced striking physical differences had left the brain completely untouched.

Someday, we will find the genes associated with intelligence, and I think the chance that they are equally distributed among the different races is zero. In the meantime, scientists are finding the genetic patterns associated with level of education, which is a good indirect indicator of intelligence [Evidence for Recent Polygenic Selection on Educational Attainment and Intelligence Inferred from Gwas Hits: A Replication of Previous Findings Using Recent Data, by Davide Piffer, psych, March 28, 2019]. As you can see on this graph, those genetic patterns are distributed as we would expect: Lowest in Africans, highest in Asians. 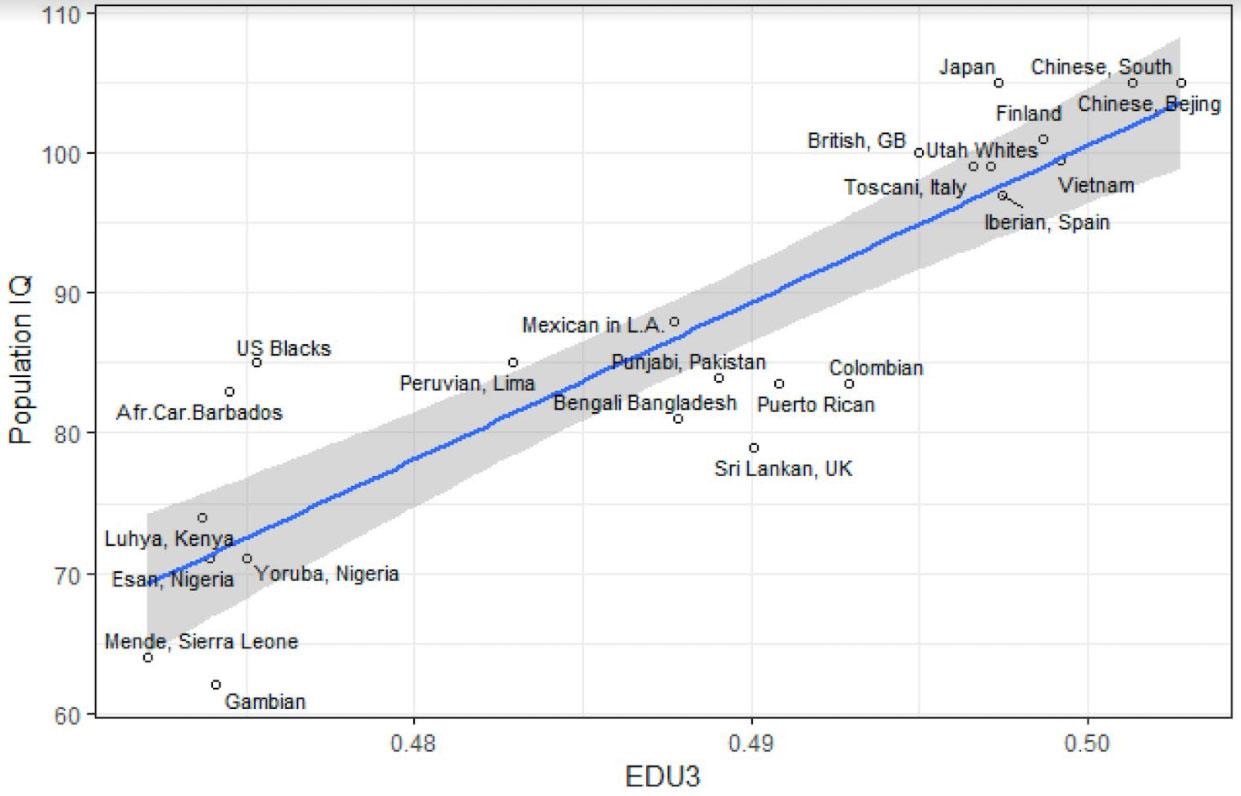 There is even more direct evidence. People with bigger brains tend to be smarter; there is a correlation between brain size and IQ of 0.3 to 0.4 [Does Brain Size Matter?, by Christof Koch, Scientific American, January 1, 2016]. As this article from Intelligence magazine on brain size reports: “African-descended people (Blacks) average cranial capacities of 1267 cm3, European-descended people (Whites) 1347 cm3, and East Asian-descended people (East Asians) 1364 cm3” [Brain size, IQ, and racial-group differences: Evidence from musculoskeletal traits, by J. Philippe Rushton and Elizabeth W. Rushton, Intelligence, March–April 2003]. That is a black/Asian difference of 97 cubic cc, or about 6 cubic inches. Those 6 cubic inches aren’t just sitting there. They’re hard at work. And these brain size differences match intelligence: “Blacks average an IQ of 85, Whites 100, and East Asians 106.”

The races are not, on average, equal in intelligence, and genes almost certainly have a lot to do with it. There is powerful evidence that the races differ in other traits: agreeableness, diligence, and the ability to defer gratification—which means the ability to work and sacrifice now for future benefits. All this is probably in part genetic too, and these differences have huge implications.

The media hate these findings and almost never report on them. Most academics hate them. James Flynn, one of the most famous researchers on human intelligence, said that as far as race and IQ are concerned, and I quote, “if universities have their way, the necessary research will never be done.” Daniel Dennett[Email him], who is a philosopher at Tufts University, says that if he came across research on race differences in intelligence he would, and I quote be “strongly tempted to misrepresent it, to caricature it for the public good.”[Freedom evolves, 2003, pp. 19-20]

A lot of people don’t want the truth to be known. But the truth appears to be that by and large “racism” doesn’t hold back blacks or Hispanics any more than “racism” pushes Asians ahead. You just can’t expect people of all races to turn out the same. There are more blacks in pro basketball because blacks are better at it. 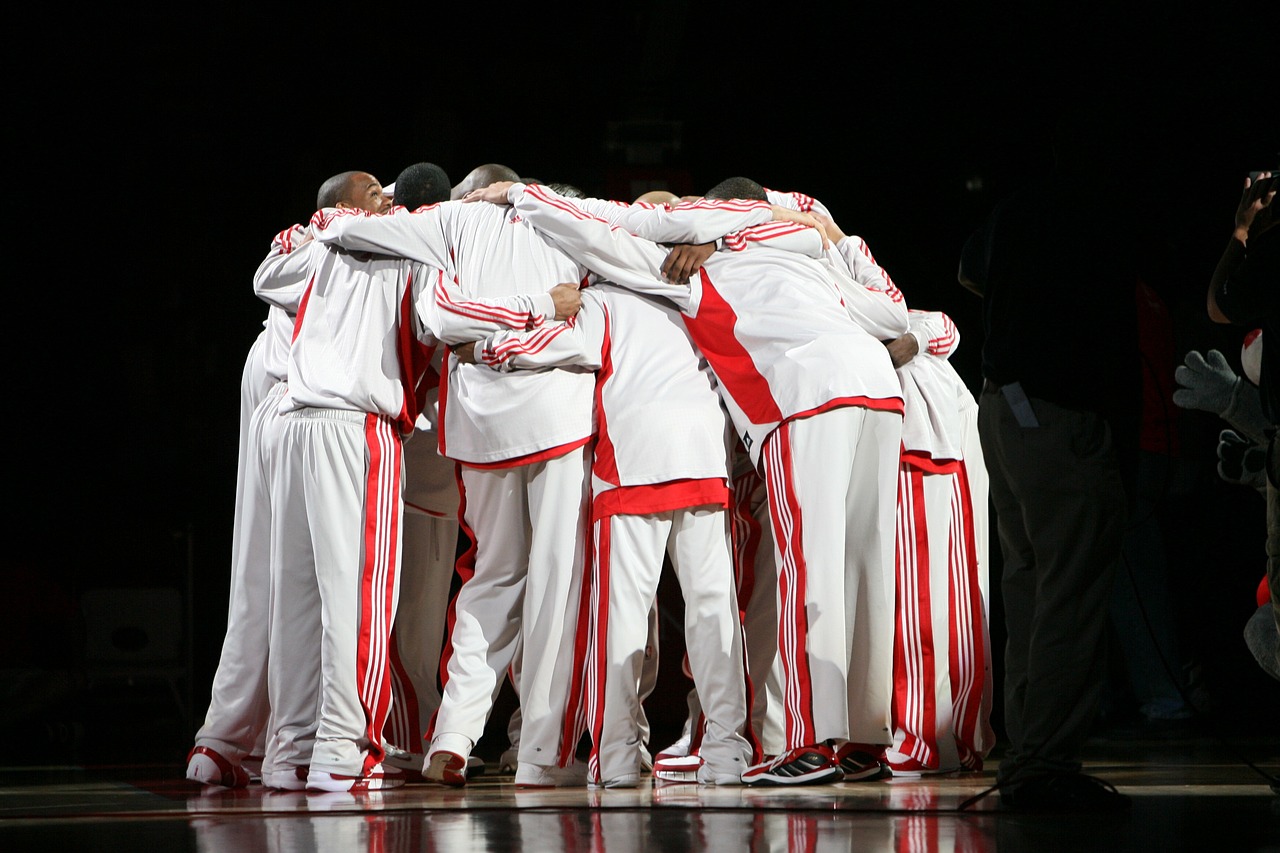 There are more white and Asian scientists because they are better at science.

There are more blacks in jail because blacks commit more crime. By all means, everyone should be able to get as far ahead as his abilities permit, but we can’t expect equal outcomes.

We are building society on a delusion. That’s why our country is going crazy, looking for “systemic racism” and “institutional racism” that aren’t there. This is a colossal waste of money and effort, and it wrongly blames and demonizes whites.

If we are going to compete in the world economy, we have to promote talent, not count black and brown faces. And if we’re going to have a society that even works minimally, blacks—and Hispanics—need to understand that society wants them to succeed. But it’s up to them to get ahead.

Finally, more and more white people are fed up with taking the blame for black or Hispanic failure. They are angry. I’m not convinced a multi-racial society can even work in the long term, but it will crack up for sure if we refuse to accept basic facts about race.

Watch this article on video below:

This video is available on BitChute, Odysee, Rumble, Gab TV, 3Speak, and UGETube.