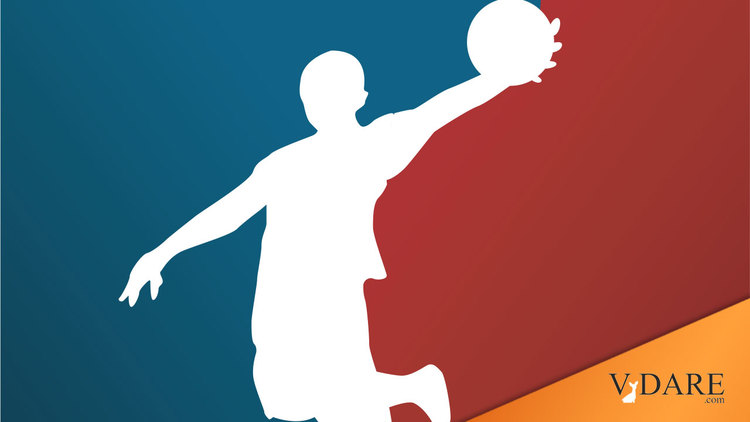 A couple of generations ago, whites could outwork blacks on the basketball court, especially in the non-glamorous tasks, such as playing defense, or the ones that require repetitious practice, such as outside shooting. Phil Jackson, who won an NBA title as a dorky-looking but effective role player before winning more championships than any other coach in American pro sports history, explained in his 1976 memoir Maverick:

Throughout the years the black players on the Knicks have possessed much better physical ability than the white players, being generally faster and better jumpers…. White players are more often willing to run patterns and to work collectively….

Black kids growing up want to be the superstar of their neighborhood…the best one-on-one basketball players. White kids, on the other hand, usually are raised in a more homogeneous environment, which provides other outlets for personal expression. They’re also constantly being taught the principle of subordinating their own personal glory for the good of the group.

Since 1976, however, blacks have gotten notably better at playing defense. This is heartening. It shows that blacks can improve their culture if it means enough to them. They’re not genetically doomed to helplessness.