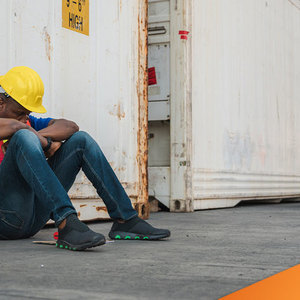 It is now all the fashionable rage in Washington, D.C., to proclaim solidarity with America's working poor in front of the cameras—while stabbing them in the back behind closed doors.

Privileged Illinois Democratic Congresswoman Jan Schakowsky and others have taken to Twitter, posting photos of themselves eating tuna sandwiches and buying Ramen noodles to show how much they empathize with minimum-wage workers. On the other side of the aisle, GOP Rep. Paul Ryan has wrapped himself in a cloak of compassion, putting a cheesy Taylor Swift hand heart around conservatism by proposing government "life coaches" for those in poverty.

Message: They care! Reality: They fake. The cognitive dissonance on Capitol Hill is so thick you need a V8-powered chainsaw to slice it.

While cynical politicians prattle on about protecting the American Dream, they're working together to destroy it. If these elected officials care so much about reducing poverty, why are they working so hard to import more of it from around the world? Leaders in both political parties have thrown struggling Americans under the bus to feed the cheap illegal alien labor machine.

The working poor are the biggest losers in D.C.'s amnesty game. U.S. Civil Rights Commissioner Peter Kirsanow has been a lonely voice warning about the impact of mass illegal immigration and perpetual amnesty on low-income black Americans. "The country's economic woes have disproportionately harmed African-Americans, especially those with little education," he warned this spring. "The economy has a glut of low-skilled workers, not a shortage," which is driving wages down.

Stagnant wages and depressed economic growth affect working poor Americans of all colors, while illegal alien amnesty beneficiaries cash in. Steve Camarota and Karen Ziegler of the Center for Immigration Studies reported last month that "since 2000, all of the net gain in the number of working-age (16 to 65) people holding a job has gone to immigrants (legal and illegal). This is remarkable given that native-born Americans accounted for two-thirds of the growth in the total working-age population. Though there has been some recovery from the Great Recession, there were still fewer working-age natives holding a job in the first quarter of 2014 than in 2000, while the number of immigrants with a job was 5.7 million above the 2000 level." [All Employment Growth Since 2000 Went to Immigrants, CIS.org, June 2014]

President Obama has already granted administrative amnesty to an estimated two million illegal aliens and renewed "temporary" work permits for 520,000. The administration is planning an expansion that would grant amnesties to at least six million more lawbreakers.

Where is the opposition? Appeasement Republicans refuse to support Texas GOP Sen. Ted Cruz's on-target proposal to repeal Obama's "DREAM" magnet and Alabama GOP Sen. Jeff Sessions' clarion call to block any more executive amnesties as a precondition to border bill negotiations. According to my sources on the Hill, the staffs of Sens. McCain, Flake and Murkowski met privately and opposed any changes to Obama's DREAM passes for illegals—which makes them willing and suicidal accomplices in the perpetual Democratic voter recruitment drive. On the House side, GOP House Speaker John Boehner is also openly opposed to stopping the DREAM nightmare.

The real crisis is not at the border. It's being fomented inside our nation's capital. The "border crisis" is a bipartisan D.C. catastrophe of craven politicians abandoning their constitutional duties to defend our sovereignty and put American workers first.