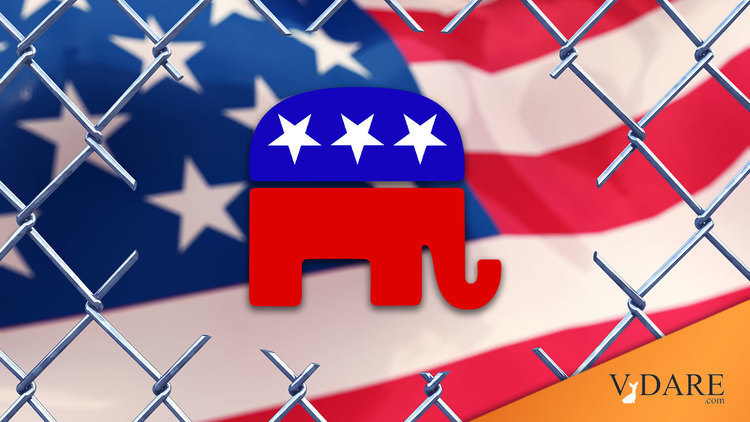 The Washington Post blog "The Plum Line" advertises itself as "Greg Sargent's take from a liberal perspective." You have to wonder "compared to what?" The Post thinks Jennifer Rubin is a rightwinger.

Sargent's latest piece on immigration notes that the problem with amnesty passing is the voter backlash, but seems strangely OK with the plutocrat (donor) frontlash, quoting a National Journal piece that says

"But no matter what happens, Boehner will come out a winner just for the effort. If it flops over hardliners’ objections to anything that approaches amnesty for illegal immigrants, Boehner and Republican campaign leaders looking for cash can still tell the business community they tried. "

Immigration reform can happen if Republicans want it to By Greg Sargent January 15, 2014

But Sargent also notes that the real problem for Boehner and Co is what happens outside Washington:

Also, note that Republican leaders plan to try to round up ”more than half” the conference behind something (if they can brave the “hate mail” from the right). Translated, what that means is Republicans know they will need to pass something with a lot of Democrats. And this brings up the question that looms at the center of this whole debate: Is the GOP intent to merely pass something, in order to say to Democrats, “take it or leave it,” just to show that Republicans are not hopelessly in the grip of their nativist base and are willing to entertain reform and solve problems? [Emphasis added]

The point is that Sargent's OK with Boehner being in the pocket of the corporate donors, but if he responds to "hate mail" and his "nativist base"—i.e. voters, that would be wrong.