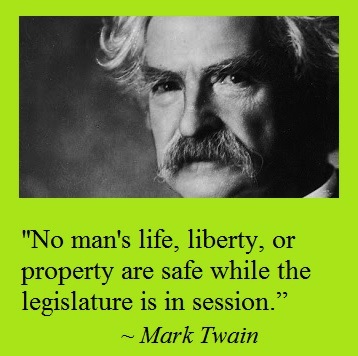 For those who think they can turn over and go back to sleep about amnesty, there’s this: the Speaker of the House just engaged an amnesty proponent experienced in crafting legislation. Rebecca Tallent earlier was employed in top positions for Senator John McCain and before that, Congressman Jim Kolbe who have been enthusiastic exponents of legalization.

Many friends of national sovereignty sighed in relief when Speaker Boehner announced on November 13 that the House would not conference with the Senate on its execrable amnesty bill. But the billionaires desiring cheap foreign labor are patient and know that the present GOP leadership is on their side, although quietly. So the Speaker apparently has another amnesty move in mind.

House? Speaker John A. Boehner announced Tuesday he has hired a longtime advocate of immigration legalization to be his policy adviser, encouraging immigration activists but angering those who want to see a crackdown and who say Mr. Boehner’s move signals he still wants an “amnesty” bill to pass.

Rebecca Tallent, whom Mr. Boehner’s office confirmed it was hiring, worked on immigration issues for Sen. John McCain and former Rep. Jim Kolbe. Both of those Arizona Republicans led the push for legalization within the GOP. Ms. Tallent will leave her job as immigration policy director at the Bipartisan Policy Center to start in Mr. Boehner’s office on Wednesday.

“Tallent’s hiring suggests he really does still want to push an amnesty through the House, which to me suggests that the immigration hawks still have their work cut out for them,” said Mark Krikorian, executive director of the Center for Immigration Studies, which wants to see a crackdown.

The Bipartisan Policy Center announced Ms. Tallent’s departure early Tuesday afternoon, saying it expected her to help forge a consensus on the thorny issue, which has bedeviled Congress for a decade. BPC President Jason Grumet said Ms. Tallent’s experience will help her weed out what can work from what can’t.

“The House is going to continue to chart its own course on immigration reform. Becky understands the issues — both those that should be on the table and those that have derailed past reform efforts,” Mr. Grumet said in a statement.

Mr. Boehner is now the key figure in the immigration debate, facing immense pressure from immigrant-rights activists to act on legalizing illegal immigrants, while many of his own House Republicans are warning him not to pursue legalization until they’ve done more on security.

The Ohio Republican has said he is committed to doing something on the issue, but has rejected Senate Democrats’ approach of a single broad bill combining security, legalization and a rewrite of the legal immigration system.

Instead, Mr. Boehner has said he will slice the issue into a number of bills — something his spokesman, Michael Steel, said he remains committed to.

“The speaker remains hopeful that we can enact step-by-step, common-sense immigration reforms — the kind of reforms the American people understand and support,” Mr. Steel said. “Becky Tallent, a well-known expert in this field of public policy, is a great addition to our team? and that effort.”

Ana Navarro, who worked with Ms. Tallent on the 2008 McCain presidential campaign and who has pushed the GOP to tackle immigration, said hiring Ms. Tallent was a smart move for Mr. Boehner.

Ms. Tallent is a Tucson native and Ms. Navaro said that will also help House Republicans as they try to craft legislation.

“She brings a particular sensitivity to the border issues, to the immigration issues. She’s pragmatic,” Ms. Navaro said.