Trump's Great Immigration Speech—If It Doesn't Save America, Nothing Can 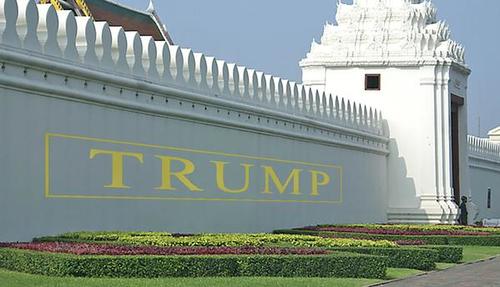 After two weeks of speculation of whether he would soften his stance on immigration, Donald Trump gave an amazing, astounding, detailed and rock solid speech outlining his patriotic immigration reform agenda. Trump reaffirmed his pledge to secure the borders, oppose any Amnesty, restrict refugee admissions, and enact tough interior enforcement measures. Additionally, he supported strict enforcement of E-Verify and laid out principles for legal immigration reform which unmistakably implied lower numbers and high quality immigrants.

In this piece I will answer three questions:

The short answers: No; I’m not sure; and—almost certainly, yes.

Trump clarified and, in some cases, finessed his previously bluntly-stated positions. However, he did not alter the substance away from patriotic immigration reform.

Touchback amnesty plans—like the one Mike Pence proposed in 2006—include a special visa under which the illegals are to re-apply, or simply greatly increase legal immigration numbers so they can quickly gain re-entry. Trump, however, made clear that illegals “will not be awarded surplus visas, but will have to apply for entry under the immigration caps.”

Trump concluded that we would not have any “discussion” to “consider the appropriate disposition” of the remaining illegal aliens until “several years” after “illegal immigration is a memory of the past.”

In other words: well into Trump’s second term, after all the bulk of the illegal aliens have been deported or left on their own, Trump might—might—consider giving Amnesty to the few that remain.

It’s noteworthy that “visa overstays” constitute around 40% of the illegal population—including 60% of recent illegals, and Trump cited a Center for Immigration Studies paper that found that 62% of illegal alien households received welfare.

Of course, the Obama administration has always justified its non-enforcement of the law by saying it was prioritizing removal of terrorists, gang members, and violent criminals. But unlike Obama, who uses prioritizing enforcement against terrorists and violent criminals as a euphemism to mean he won’t deport anyone else, Trump clarified that under his administration “anyone who has entered the United States illegally is subject to deportation."

In his speech, Trump stated that “within ICE I am going to create a new special deportation task force focused on identifying and quickly removing the most dangerous criminal illegal immigrants in America who have evaded justice.” This is not what the Main Stream Media really had in mind by “deportation force.” But of course, ICE is supposed to be a deportation force to begin with.

Actually, Trump never proposed a deportation force. When Mika Brzezinski asked him  “Are you going to have a massive deportation force,” Trump just let her put words in his mouth he would support it without elaborating. [Trump: You're Going To Have A "Deportation Force," They'll Be Humane, by Tim Haines, Real Clear Politics, November 11, 2015]

This differs from his previous statement that he would suspend all Muslim immigration. This is not news, as he had modified this statement earlier. As I’ve written, there are pros and cons to each approach, but his fundamental premise—that excluding potential terrorists, even if that means keeping out some perfectly innocent babies in the toxic bathwater, is the most effective way prevent terrorism— remains

So what was going on?

Trump and his campaign manager Kellyanne Conway have been giving mixed signals over the last few weeks, implying he was “softening,” might be open to some limited Amnesty or would really back off of deportations. Ann Coulter was so annoyed that she said she might cancel the publicity tour for her excellent new book In Trump We Trust if Trump embraced Amnesty [Trump's immigration pivot a buzzkill for Coulter's book tour, CNN, August 26, 2016]

So why did Trump give all of his most dedicated supporters heartburn worrying he would back down? I have no inside information, but here are a few possibilities:

I never want to hear another soul tell me Trump is not a man of the alt-right. This speech is straight off https://t.co/ErIbbPEqU2

Non nobis domine! In our modest opinion, Trump’s speech sounded distinctly more like NumbersUSA’s Roy Beck, Center for Immigration Studies’ Mark Krikorian and other herbivorous Beltway immigration patriots, who have emphasized that we do not need massive deportations to get the illegal population to return to their home country. Krikorian calls this “attrition through enforcement”—combining E-Verify, cutting off welfare, and increasing interior enforcement through cooperation with state law enforcement.  [Pew Report Shows Attrition of the Illegal Population Is Possible, By Mark Krikorian, CIS.org,  November 2015]

Prior to the speech Trump rarely discussed immigration enforcement beyond deportations—something I criticized way back in November 2015. Now he has finally adopted the more sophisticated attrition approach, citing CIS and using its buzzwords like “jobs magnet.”

But while Beck and Krikorian are good at making pretty strong policy proposals sound much less tough than they actually are, this requires them to use words very carefully. Trump, we must concede, does not choose his words carefully. Thus Trump could take Roy Beck’s argument that “we aren’t going to deport everyone, most illegals will return on their own if we remove the jobs magnet” without mentioning E-Verify and it would sound like amnesty.

The campaign recently replaced the relatively establishment Paul Manafort with Breitbart chief Stephen Bannon as campaign CEO and pollster Kellyanne Conway as campaign manager. Conway was the main voice suggesting that Trump might soften his tone ahead of the speech, telling Face the Nation “he is not talking about a deportation force, but he is talking about being fair and humane.” Bannon and former Jeff Sessions aide Stephen Miller wrote the Arizona speech (though that was always the plan). It’s possible that there was an internal struggle with Conway, which they won.

However, it’s worth noting that Conway has been pretty solid on immigration long before Trump and she may have simply been pushing the aforementioned clarifications as the “fair and humane” policies. Indeed, as I noted, Trump even called the “Deportation Force” humane. Conway also took the fight to Clinton’s “Full Merkel” Amnesty/ Immigration Surge proposals, as Trump did in his speech. [Kellyanne Conway: Clinton camp made 'grievous error', By David Wright, CNN, August 22, 2016]

The MSM would probably have paid no more attention to Trump’s speech than to his other recent strong statements (here and here and here) if they thought he would just give a few extra details to the same policies he’s promoted the entire campaign. However, because there appeared to be a big chance he would flip-flop on his signature issue, it became his most anticipated speech since the Convention.

Maybe that’s what Trump wanted the whole time. As it is, Trump’s rumored flip flop ended up further cementing hardline immigration patriotism as the centerpiece of his campaign.

But will it help Trump win?

Republicans facing four more years in the wilderness will long recall the raucous rally in Phoenix as a low point of the Trump campaign, perhaps even as the moment that he definitively extinguished his hopes of becoming president.

[Trump triples down on a losing immigration position in Phoenix, September 1, 2016]

Hohmann goes on to bring up the spectre of Proposition 187 and the damage it supposedly caused the Republican brand.

And Trump had (ill-advisedly) allowed pro-amnesty consultants like Alfonso Aguilar onto his National Hispanic Advisory Council. The original rumors that he would flip flop came from this Council and now many members are withdrawing their support [Several Hispanic Trump surrogates reconsider support, by Katie Glueck & Kyle Cheney, Politico, September 1, 2016]

VDARE.com has repeatedly debunked the myths about Proposition 187 and the Hispanic Vote. Without repeating all the arguments, it’s notable that less than half of Hispanics are eligible to vote, that they are concentrated in non-swing states and that they turn out at the lowest level of any other group [Why Hispanics Don’t Have a Larger Political Voice, by Nate Cohn, New York Times, June 15, 2014]. Even though Trump is the first Republican Presidential nominee to run on a true immigration patriot position, Hispanic apathy persists, with recent polls showing they are less worried about the outcome of the election than any other ethnic group [In U.S., Hispanics Least Worried About Election Outcome, Gallup, July 13, 2016]

That being said, of course not every single white voter is an immigration patriot. Furthermore, Hillary Clinton is running on an openly anti-American immigration policy and making it central to her campaign. The more cautious course would have been for Trump to focus on 80-20 proxy-type issues like Administrative Amnesty, Official English, and sanctuary cities to turn out the White Vote.

Still I think Trump made the right decision. Had he focused on these popular, but ultimately peripheral issues, immigration would not be central to the campaign. And American voters have not only never had a choice to vote on immigration patriotism—they have never heard the arguments for it.

Yet after hearing Trump say “legal immigration to serve the best interests of America and its workers,” and we should “select immigrants based on their likelihood of success in U.S. society, and their ability to be financially self-sufficient,” I believe there is every chance that reducing immigration will become an 80-20 issue.

Perhaps I am putting too much faith in the common sense of the American people. But if Trump’s great speech in Phoenix cannot convince them to save their country, it is already lost.