In accepting the invitation of President Enrique Pena Nieto to fly to Mexico City, the Donald was taking a major risk.

Yet it was a bold and decisive move, and it paid off in what was the best day of Donald Trump's campaign.

Standing beside Nieto, graciously complimenting him and speaking warmly of Mexico and its people, Trump looked like a president. And the Mexican president treated him like one, even as Trump restated the basic elements of his immigration policy, including the border wall. 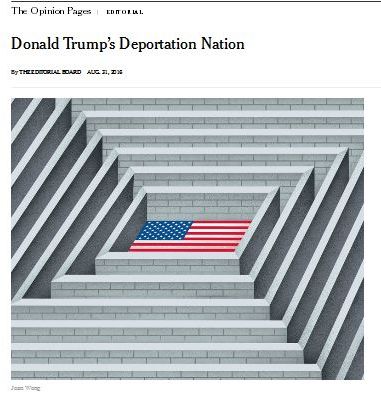 The gnashing of teeth up at The New York Times testifies to Trump's triumph:

"Mr. Trump has spent his entire campaign painting Mexico as a nation of rapists, drug smugglers, and trade hustlers. ... But instead of chastising Mr. Trump, Mr. Pena Nieto treated him like a visiting head of state ... with side-by-side lecterns and words of deferential mush."[ Donald Trump’s Deportation Nation, August 31, 2016]

As I wrote in August, Trump "must convince the nation ... he is an acceptable, indeed, a preferable alternative" to Hillary Clinton, whom the nation does not want.

In Mexico City, Trump did that. He reassured voters who are leaning toward him that he can be president. As for those who are apprehensive about his temperament, they saw reassurance.

For validation, one need not rely on supporters of Trump. Even Mexicans who loathe Trump are conceding his diplomatic coup.

President Nieto's invitation to Trump "was the biggest stupidity in the history of the Mexican presidency," said academic Jesus Silva-Herzog.

Not since Gen. Winfield Scott arrived for a visit in 1847 have Mexican elites been this upset with an American. 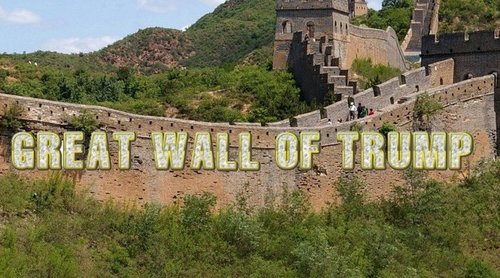 When Trump got back to the States, he affirmed that Mexico will be paying for the wall, even if "they don't know it yet."

Indeed, back on American soil, in Phoenix, the Donald doubled down. Deportations will accelerate when he takes office, beginning with felons. Sanctuary cities for illegal immigrants will face U.S. sanctions. There will be no amnesty, no legalization, no path to citizenship for those who have broken into our country. All laws will be enforced.

Trump's stance in Mexico City and Phoenix reveals that there is no turning back. The die is cast. He is betting the election on his belief that the American people prefer his stands to Clinton's call for amnesty.

A core principle enunciated by Trump in Phoenix appears to be a guiding light behind his immigration policy.

"Anyone who tells you that the core issue is the needs of those living here illegally has simply spent too much time Washington. ... There is only one core issue in the immigration debate, and that issue is the well-being of the American people. ... Nothing even comes a close second."

The "well-being of the American people" may be the yardstick by which U.S. policies will be measured in a Trump presidency. This is also applicable to Trump's stand on trade and foreign policy.

Do NAFTA, the WTO, MFN for China, the South Korea deal and TPP advance the "well-being of the American people"? Or do they serve more the interests of foreign regimes and corporate elites?

Some $12 trillion in trade deficits since George H. W. Bush gives you the answer.

Which of the military interventions and foreign wars from Serbia to Afghanistan to Iraq to Libya to Yemen to Syria served the "well-being of the American people"?

Are the American people well served by commitments in perpetuity to 60- and 65-year-old treaties to wage war on Russia and China on behalf of scores of nations across Eurasia, most of which have been free riders on U.S. defense for decades?

Whatever the outcome of this election, these concerns are not going away. For they have arisen out of a deeply dissatisfied and angry electorate that is alienated from the elites both parties.

Indeed, alienation explains the endurance of Trump, despite his recent difficulties. Americans want change, and he alone offers it.

In the last two weeks, Trump has seen a slow rise in the polls, matched by a perceptible decline in support for Clinton. The latest Rasmussen poll now has Trump at 40, with Clinton slipping to 39.

This race is now Trump's to win or lose. For he alone brings a fresh perspective to policies that have stood stagnant under both parties.

And Hillary Clinton? Whatever her attributes, she is uncharismatic, unexciting, greedy, wonkish, scripted and devious, an individual you can neither fully believe nor fully trust.

Which is why the country seems to be looking, again, to Trump, to show them that they will not be making a big mistake if they elect him.

If Donald Trump can continue to show America what he did in Mexico City, that he can be presidential, he may just become president.