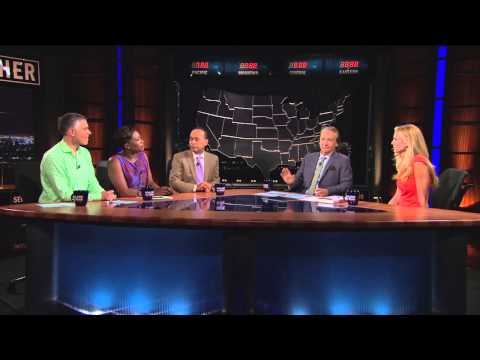 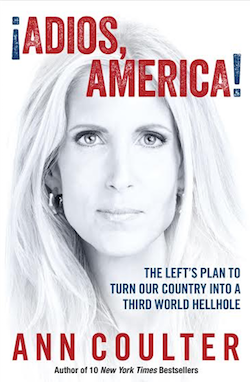 The big name opponent was amnesty super-hack Rep Luis Gutierrez and he declared “All the food you eat, all the vegetables you eat — they are all picked by foreign labor.”

To which Coulter answered, “There are machines that pick strawberries.”

Hint to Ann: there are many smart machines coming on that will soon make humans obsolete for millions of jobs, so the need for immigrant workers is ZERO.

The howling audience reminded me of Coulter’s excellent book Demonic: How the Liberal Mob Is Endangering America. Their noisy shouting made it hard to hear everything Coulter said, which was of course the idea.

A few good lines were discernible:

ANN COULTER: The point at issue is should Americas immigration policy be used to benefit the people already here or should it be benefiting Pakistani pushcart operators, illiterate in their own language — never mind ours — who come here, go on welfare, commit terrorism, engage in crimes. Why wouldn’t you look across the world like a sports team does to get the creme de la creme?

She also agreed with a black woman, former MSNBC host Joy Reid, who said that a new slave class is being imported via immigration for cheap labor, with Coulter noting her book “is far more of an attack on Republicans, on big business, on the Chamber of Commerce.”