In Tampa, Trump Hits Hillary On Immigration, Linking It To Jobs And Terror

Here are two excerpts from Trump’s speech in Tampa, based on what Heavy.com says is a full transcript. Because it’s in Tampa, he focused on what illegal immigration does to Hispanic Americans, not all of whom, as Ann Coulter pointed out last night, are Mexican-Americans.

“Hispanic citizens have been suffering under this President too. 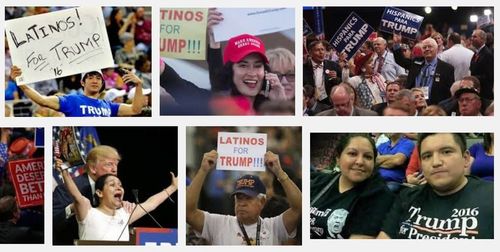 Since President Obama came into office, another 2 million Latinos have joined the ranks of those in poverty. Incomes for Latino households have declined by nearly $1,000 under President Obama. The number of Latino children living in poverty increased by 15 percent.

I am going to fight to give every Hispanic citizen in this country a better future.

Part of that better future means securing our border to protect the jobs of all people living here today –African-Americans, Hispanic-Americans, all Americans.

Hillary Clinton wants a totally open border. We are going to enforce our laws, remove people who overstay their visas, dismantle the gangs and cartels, and protect jobs and benefits for hardworking American citizens.

That includes protecting the jobs and wages of Hispanic citizens living right here in Florida. They deserve to have their jobs protected from illegal immigration and broken visa programs.

All Americans – from all backgrounds – have a right to have their jobs protected in their own country.

Hillary Clinton would rather give a job to an illegal immigrant than to an unemployed Hispanic citizen – or to a Veteran.”

Trump's references  to making immigration policy  benefit American citizens drives the Left wild.  Steve Sailer  has called it "Citizenism".Does that mean it's a "White Nationalist" idea? Not really; almost all the countries in the world organize their immigration policies that way—except for some white countries.

Further on the Hispanic emphasis, even when Hispanics are Mexican-American,  that doesn't necessarily mean that they're big fans of illegal immigration. It's their neighborhoods the illegals move into, and also it's their jobs the illegals take.

Here's the video of the full speech:

He also mentioned Hillary’s plan to increase the immigration from Islamic terrorist regions of the world:

“We are also going to restore safety to our country.

Hillary Clinton wants a 550% increase in Syrian refugees. Overall, her plan would bring in 620,000 refugees from all refugee-sending countries in her first term. This at the same time as Lone Wolf attacks, and Islamic terror strikes, are happening all over.

I am going to suspend immigration wherever effective screening cannot take place – and I am going to institute a new ideological screening program to keep out people who don’t share our values.”

People keep asking Trump for a list of these countries, but as I pointed out in discussing his Portland speech, the US already has an official list of “State Sponsors Of Terrorism” which changes based on international politics. Currently there are three: Iran, Syria, and Sudan. The US gets refugees from all of them—and Hillary wants 600,000 more.