Argumentum ad hominem is usually characterized as a logical fallacy. But that doesn’t mean it’s not effective. Of course, if the best you can do is call your enemies losers, you better not be a bigger loser yourself. If you’re trying to dismiss your political adversaries as irrelevant, you better be more relevant than they are. And if you are trying to characterize them as ugly and unfashionable, it’s better if, unlike Jeet Heer, you don’t have a phenotype which allows critics to dismiss your arguments laughingly just by posting your picture.

Cuckservative Review’s notorious Kevin D. Williamson, who looks like Anton LaVey after he spent a month at the Golden Corral, forgot 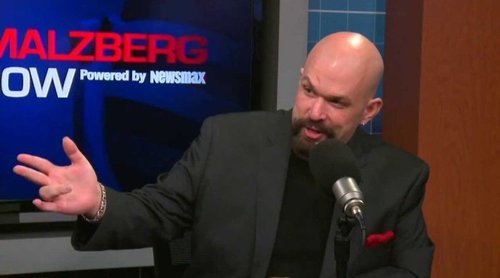 these truths when writing the current [September 11, 2017] cover story “The ‘N’ Word” which attempts to take down the Alt Right on the grounds that it attracts people Williamson finds icky. With the magazine’s recent trademark tin ear, its cover smears the entire Alt Right, and the concerns which it once embraced itself, as “The Little Nazis”—at precisely the moment when the Alt Left’s Antifa paramilitaries are acknowledged even by the Main Stream Media as an unprecedented threat. [Black-clad antifa members attack peaceful right-wing demonstrators in Berkeley, By Kyle Swenson, Washington Post,  August 28,2017,  Black-clad anarchists storm Berkeley rally, assaulting 4,By Paul Elias and Jocelyn Gecker, AP August 27, 2017] Nancy Pelosi just condemned Antifa .

In so doing, Williamson exposes the Beltway Right’s utter refusal to acknowledge the actual realities confronting younger Americans—as opposed to its wealthy puppet-masters.

In this lengthy article containing remarkably little information or analysis but plenty of snark and virtue-signaling, Williamson stretches attending a rally to protect Robert E. Lee’s statue in Dallas TX to smear the Anarcho-Tyrannized Unite The Right rally in faraway Charlottesville VA. Mostly, this consists of him making fun of the protesters and counter-protesters who showed up to the Dallas event.

Williamson displays an element of Narrative Confusion here. The Washington Post is wailing for the fashion industry to do something because too many Unite The Right protesters were dressed in khakis and polo shirts and so looked disturbingly “normal”. [Neo-Nazis are using fashion in an attempt to normalize. The fashion industry needs to speak up. By Robin Givhan, August 22, 2017]

And mocking the appearance of rallygoers is dangerous ground for any self-proclaimed “conservative.” Indeed, a staple of every year’s CPAC is the inevitable photo montages from self-satisfied Leftist reporters laughing about the unfashionable, fat, or simply absurd-looking attendees at the Beltway’s most important Conservatism Inc. conference [Rachel Maddow on CPAC: Conservatives Not Afraid To Fly “Freak Flag” by Glynnis MacNicol, Mediate, February 19, 2010].

The same is true of every Republican National Convention, when earnest, elderly and overwhelmingly white delegates are merrily mocked by fashionable metropolitan journalists. [Awkward dance breaks make the Republican National Convention worth watching, by Laruen O’Neil, CBCNews, July 20, 2016]  In contrast, the various freaks, degenerates and thugs who attend Leftist gatherings receive loving coverage from the MSM.

Conservatives, in short, are not cool. Yet essential to “respectable” American conservatism is the idea that they are somehow still in charge of this country.

As Gregory Hood put it:

To be a Republican offers the appearance of status, power, and responsibility without the reality… Republican activists are a giant cargo cult of primitives who put the symbols of status before status itself. As the real America retreats from the immigration-inundated coasts, the culture collapses even in the Heartland, and the people demand an ever-greater welfare state, the Republican Party will continue to pretend they are defending their America.

This projection works both ways. Witness the recent MTV Video Music Awards, where the most famous, powerful and fashionable people in the most culturally-influential nation in the world gave awards about how they were “fighting the system”—when, really, they are the Mouthpieces of that System [The 2017 VMA’s will feature a “Best Fight Against the System” category, by Abbey White, Vox, July 26, 2017].

What Steve Sailer calls the “Party of the CEOs” is overwhelmingly Liberal, with the rhetoric of Social Justice used as a weapon to take down class rivals.

Thus, Williamson’s explanation of the Alt Right—that its members are simply losers “without prestigious jobs, solid incomes, or happy families to provide them with a sense of social status”—falls flat. “European-Americans” are despised in the Main Stream Media, economically squeezed between outsourcing, H1Bs, and mass immigration and, despite all the Conservatism Inc. happy talk about “individualism,” discriminated against by a government which rewards racial solidarity for everyone except European-Americans with no protest from Establishment Republicans. It’s not surprising the “White Death” is spreading.

Because of economic pressure, a poisonous culture, and the failure of formerly traditionalist institutions, European-Americans are in crisis.

And what is Williamson’s “conservative” response to all of this? Move to where the jobs are. And shut up.

But even this  credits his case too much. Because, despite it all, the archetypical Alt Right member is not a “loser,” but winners with something to lose. This is why the threat of doxing and economic punishment is so dangerous to so many—especially those who have families (unlike, apparently, Kevin D. Williamson).

We now live in an America where expressing certain opinions in public, such as the existence of only two genders, the possibility of racial differences, or the undesirability of mass immigration, immediately leads to economic ruin and physical attack.

Because MSM journalists act as commissars who enforce this absurd egalitarian creed, there is no one of any intelligence in the “Land Of The Free” who doesn’t look over his shoulder before expressing even the most banal opinion. James Watson, Jason Richwine and Brendan Eich can hardly be described as “losers,” yet they suffered in this sick society by violating elite taboos—taboos that are metastasizing so rapidly that all of us alive today are surely violating some new moral commandment which will be newly invented a few years from now.

Of course, at a certain point of sickness, this means that anyone of any “status” in this society is only there because he or she is a parasite or a liar. And such terms are the kindest names which can be used to describe Movement Conservatives, the House Negroes of the West’s anti-white ruling class.

To be in the Beltway Right, you must actively resist taking ideas seriously, thinking from first principles, or extrapolating future consequences from present events, lest you transgress those boundaries which separate the Respectable Right from the “haters.”

The late Sam Francis once described neo-conservatism as “the harmless persuasion” because it didn’t fundamentally challenge the Left. Tom Piatak extended that to include National Review founder William F. Buckley and his legacy. But since Buckley’s death, his heirs have degenerated into The Pointless Persuasion.

Thus, Williamson concedes the “longing for community” expressed by the Alt Right is “legitimate” and credits Richard Spencer for understanding the fundamental unfairness (“real or perceived”) of double standards on race. However, Williamson gives no answers to these problems. Instead, he mocks the people who Notice them. Indeed, he suggests the Alt Right’s interest in such questions is simply a matter of “style,” rather than an actual grievance.

In this, Williamson tacitly agrees with the forthrightly Cultural Marxist Left, who deny European-Americans can ever be victimized or exploited because of their inherent “privilege.” Williamson may not actually embrace the narrative of “white privilege,” but he does suggest alienated European-Americans simply need to stop being “failures not only as people but specifically as men”—presumably by quieting down, finding some job, and quietly funding their own dispossession like all the other good little consumers. 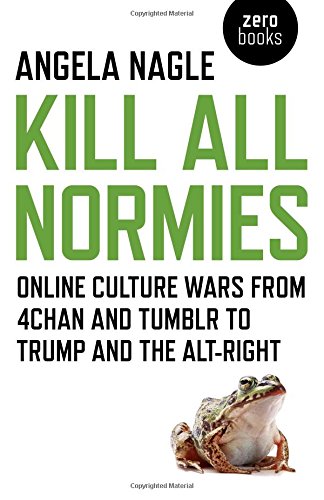 Endless quantities of ink have been spent attempting to define the “Alt Right,” mostly by reporters and academics looking to pin a label on their political opponents and pathologize them. [Kill All Normies, by Gregory Hood, American Renaissance, June 16, 2017] But the Alt Right can perhaps best be defined as “Post-conservatism,” a movement of the American Right that was born out of the failure of the Conservative Movement to conserve anything after the end of the Cold War.

It is a movement of those who understand that conservatism, and the West, face existential problems which demand addressing tough questions fearlessly:

Williamson and his fellow Respectable Rightists can offer no answers to these questions except vague mutterings about Hispanics as “natural conservatives”—something I don’t think even they really believe. They know that to think or speak seriously about what faces our civilization will cost them what little status they have.

And so the Conservatism Inc. scam goes on—the Washington Generals of American politics keep trotting out onto the court, and the farce of a real contest continues.

But fewer people are attending these silly games. The stands are empty.

And regardless of what Williamson thinks about it, the future of the American Right, if it has one, lies with those who recognize the only way to win a rigged game is not to play.