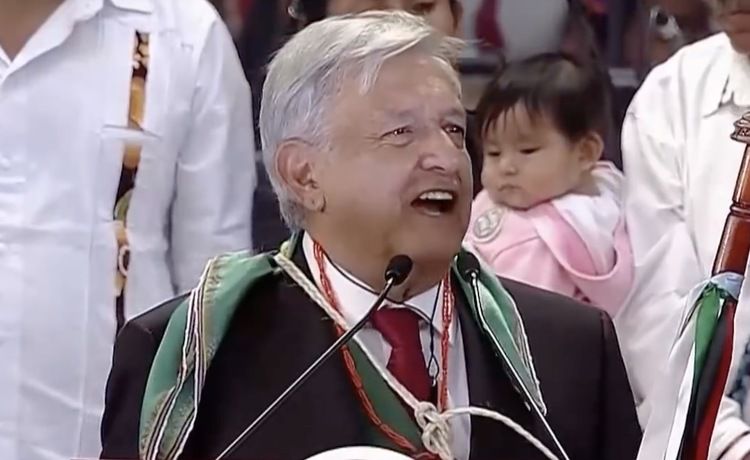 SAID IN SPANISH: After El Paso, AMLO Calls For Gun Control In U.S.—But It’s Not Worked In Mexico; The Sufferings Of Emilio Estefan; Daughters Of Honduran Politicians; ETC. [6 ITEMS]

My condolences to the families of those murdered at the Walmart in El Paso on August 4.

After the shooting, Mexican Foreign Minister Marcelo Ebrard tweeted that President Andrés Manuel López Obrador (“AMLO”) had instructed him to demand protection for Mexican-Americans and Mexicans in the United States.

Which is odd. The Mexican government can’t protect Mexicans in Mexico, where the murder rate was 94 per day from January through June, and yet they demand we protect them in the United States? [Specialists not optimistic as homicides reach an average 94 per day, Mexico News Daily, July 2, 2019]

Significantly, a reporter tried to bait AMLO into condemning Trump but AMLO didn't bite. He is still reluctant to bash Trump, unlike our own politicians and media personalities.

While AMLO spoke about good relations with the U.S., not personalizing such matters, and not meddling in our elections, he did offer some advice about our gun laws.

“We are very respectful of what other governments decide,” he said, “but we think that these lamentable actions that occurred in the United States should lead to reflection, analysis and the decision to control the indiscriminate sale of weapons.”

Mexican legislation, he suggested, could be model: “We could even send information about our [gun] legislation and the procedures we follow in this area to help.”

Thanks, Mr. President, but Mexican gun laws are hardly a great success given your country’s 17,065 murders in the first six months of the year.

My elder son pointed out that, if an armed Texas redneck had been in that Walmart, lives could have been saved.

Lupillo Rivera is a Mexican-born singer who suffered a low turnout at a performance in Queens, New York.

So, naturally, he launched a profane rant against President Trump.

A Spanish-language celebrity news show, (El Gordo y La Flaca (“The Fat Guy and the Skinny Woman”) released a video of Rivera’s rant along with a short interview with the performer.

Should I be more direct?

This guy doesn’t like us and isn’t man enough to tell us, right?

Should I tell you who?

During the post-concert interview, Rivera elaborated. Again, my translation:

I have noticed that the attendance at events is a little low. For me and my companions, I think that it is because of the raids that Donald Trump has, which are beginning to have an effect.

A couple of points:

I can’t imagine our government being so intrepid, but I can dream.

The Sufferings Of Emilio Estefan

Emilio Estefan was born in Cuba in 1953 and arrived in Miami in 1968. He’s been wildly successful as a musician, performer, music producer, and 19-time Grammy winner, and is, of course, the husband of 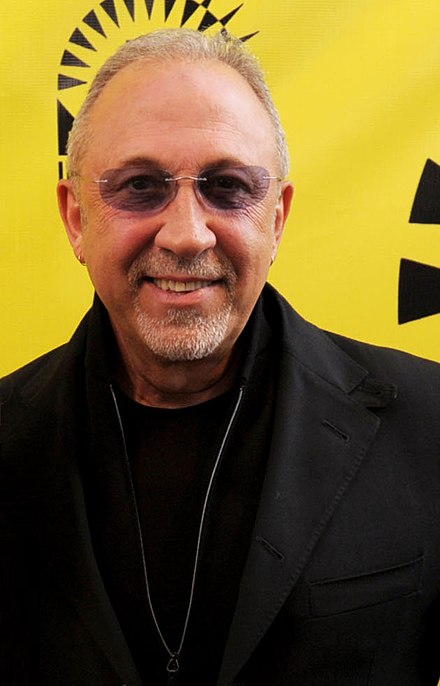 How rich is he? About $500 million dollars rich. Not bad.

And yet Emilio Estefan, a white Cuban, wants you to know he’s the victim of discrimination.

The producer Emilio Estefan joins a campaign against discrimination, especially against the Latino community. … [H]e experienced discrimination, and he wants to be an example to follow, pointing out that a person can be successful regardless of the place from which he originates.

So this famous and influential music producer has experienced discrimination. Don’t forget that, or these words of wisdom: “We are all different, we are all one, whether famous, millionaire or poor, we are all equal.”

Got that? We’re all different, but we’re all equal. Even if he is a half-billionaire and you’re a white guy living paycheck to paycheck, he’s the victim. Yeah, got it.

You might be wondering what sort of horrible discrimination the long-suffering Emilio Estefan has suffered.

Here’s how he described it.

“The record company made it difficult for us, because we didn’t want to change our name and our sound. I remember that in that time one of the executives told me ‘Go back to your country’ and I told him that I wouldn’t because this is my country and I am going to fight for what I believe in.”

I don’t know the ins and outs of Estefan’s negotiations with his record company before he hit the Big Time. But I’ll grant that many if not most performers — not just Latinos — have trouble when they begin their careers.

But I do know that only a tiny fraction of the American population has ever had a contract with a record company, and an even tinier fraction earn $500 million when they get one.

So all those folks are, in a sense, more discriminated against than a Latino music star with a cool half-billion in the bank.

Anyway, to fight discrimination, Estefan has joined the CNN’s Proyecto Ser Humano (Project Human Being), which, its website says, “seeks to objectively show the problems of discrimination to give rise to an exchange of ideas that give way to systematic changes.”

Estefan’s contribution was to compose a song, sung by Gian Marco, titled Yo no soy diferente (I’m not different).

So again, nobody’s different because everyone’s different. Or “diverse,” as they say.

Looking at the big picture, Estefan explained this:

We support this very important campaign with this song, especially in our country, the United States, which sometimes doesn’t want to recognize the contribution of us Latinos. And there is a second generation that doesn’t care if you are Peruvian, Colombian, Venezuelan or Mexican. That generation is creating a very big political and economic force in the country.

Sounds as though Estefan envisions a sort of pan-Latino identity mobilized into a major political movement.

La Raza And The Race

The Spanish term La Raza, we’ve been told, doesn’t really mean “The Race.” Rather, it better translates as “The People” or “The Community.” That’s bunk. And a recent report about Mexico’s City’ subway system is another indicator.

The Metro, as it’s called, is a good way to get around this great city, as I wrote for Mexconnect several years ago [Moving millions through Mexico City's Metro, October 9, 2013].  Each station, like those elsewhere, has a unique name, and someone recently took the trouble to map and translate the station names into English [Traducen mapa del Metro al inglés; el resultado se vuelve viral (Metro Map Translated to English, Goes Viral) Excelsior, June 8, 2019]. 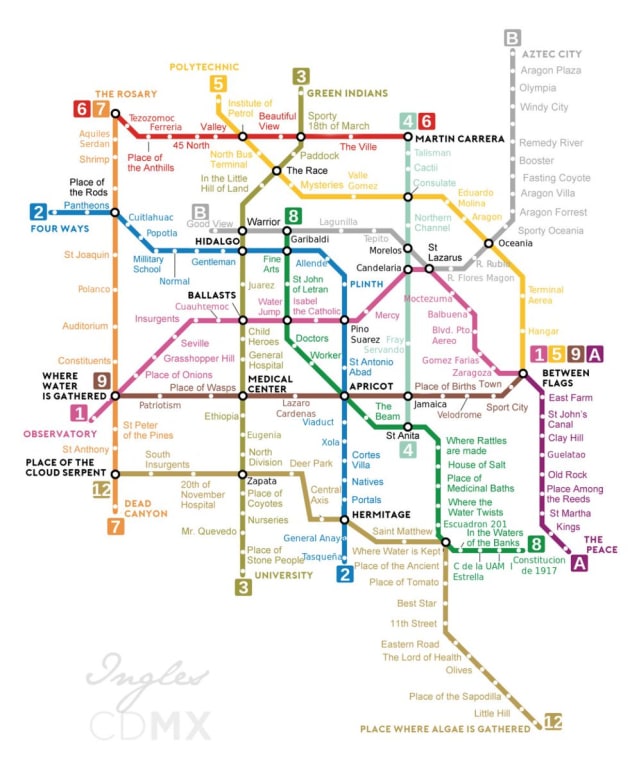 Any gringo who has spent time in Mexico City would get a kick out of these. Parque de los Venados is “Deer Park,” Indios Verdes is “Green Indians,” Chapultepec is “Grasshopper Hill,” Tacubaya is “Where Water is Gathered” and Nezahualcoyotl is “Fasting Coyote.”

People smugglers are quite clever at moving illegal aliens across borders, so immigration and customs officials have to be on their toes.

Officials who guard the entrance of the Spanish enclave of Melilla in North Africa, which borders Morocco, were on their toes when they recently discovered Africans being smuggled in some surprising nooks and crannies of motor vehicles, including a glove compartment!

Spanish authorities rescued…four African immigrants who were traveling hidden inside the bodywork of different vehicles attempting to cross the border with Morocco.

Check out the photos in this article, which include those of the fellow who somehow stuffed his upper body into the glove box. 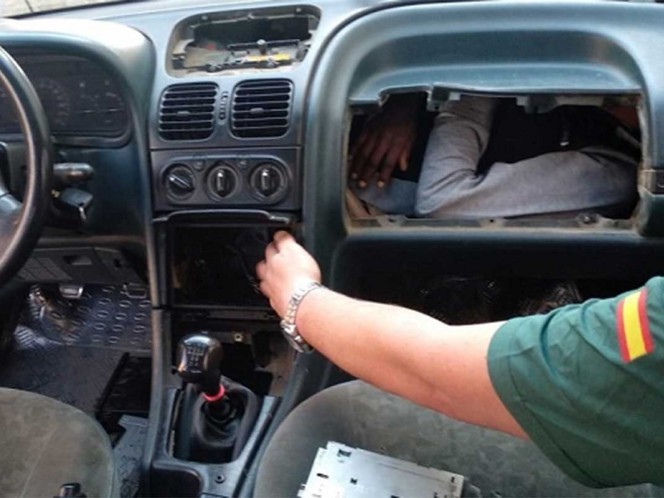 Daughters Of Honduran Pols Are Way Too White

Despite the racial diversity of Latin America, one thing all the countries have in common is the striking lack of diversity in one area: Whites are the upper class. Everywhere.

In Honduras in particular, according to the CIA factbook, only 1 percent of the population is white. Two percent is black, 7 percent is Indian, and a whopping 90 percent is mestizo. Granted, some mestizos are, as a practical matter, white, but the point is that white Hondurans are the tiniest portion of the population.

Proving the point that whites are in charge are some recent photos in La Prensa, the big newspaper in San Pedro Sula.

In May, the newspaper proudly featured photographs of the whiter-than-average daughters of Honduran politicians: the president, a congressman, the mayors of Tegucigalpa and San Pedro Sula and others, even those of former (deposed) president Manuel Zelaya. [Hijas de los políticos de Honduras (“Daughters of the Politicians of Honduras”), May 18, 2019] The feature also included some wives.

The subhead is this: Estas hondureñas logran robar la atención a sus padres cuando los acompañan a campañas y eventos públicos. ¿Las conoces a todas? (“These Honduran Girls Managed to Steal Attention from their Parents When they accompany them to Public Campaigns and Events. Do you recognize them all?”)

Here are Daniela and isabella Hernández, daughters of the president. 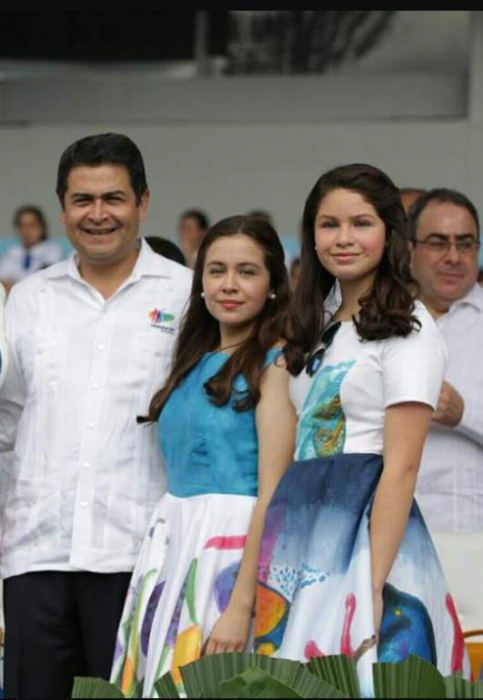 Nasry Asfura, the mayor of mayor of Tegucigalpa, whose construction company does a lot of business with the city, has a blonde wife and three white daughters, and looks visibly white himself. Unlike Hernandez, he’s not of Spanish descent, but is of Palestinian Christian ancestry. 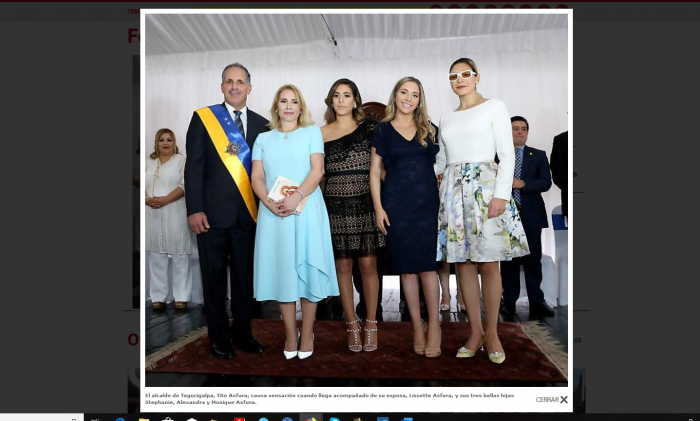 Far be it from me to lecture Hondurans on who they should consider good-looking or who their leaders should be, or what sort of social hierarchy they should have. That’s none of my business.

But this is my business: when Honduran leaders tacitly encourage darker-skinned Hondurans to leave Honduras to go the United States, using my country as a safety valve.  Then it is our business.