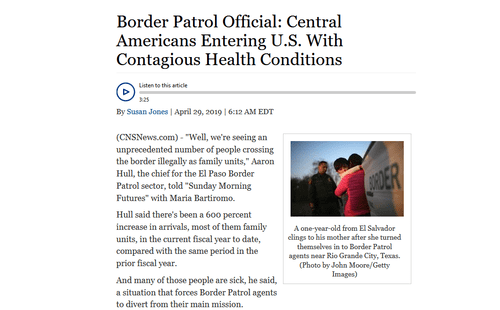 SAID IN SPANISH: AMLO Cracking Down On Caravans, Still Not Criticizing Trump: Mexicans Fed Up With Migrants; ETC. [SEVEN ITEMS]

News reports show that Mexico is cracking down on migrant caravans, and AMLO’s clear statement answered a question from Associated Press writer Maria Verza: Is the government changing its policy on the caravans?

“No,” AMLO replied, “what we want is to take care of the migrants, that they have job opportunities.”

You’d think AMLO’s first priority would be jobs for Mexicans, but anyway, caring for the migrants requires registration; i.e. he says collecting “their general information, especially in the case of families.”

Looks like AMLO doesn’t want the migrants to be “undocumented.” He added that “we don’t want them to have free passage,” not just as a legal matter but also for their own safety:

Disgracefully, in the north we have had problems of murders of migrants. ... The worst violence we have is in the northern states and I would prefer to attend to the migrant population of Central Americans in the southeast.

AMLO apparently wants Central Americans to stay in Southeastern Mexico, which is geographically, culturally, and ethnically closer to Central America  than it is to Northern Mexico.

AP’s Verza also tossed AMLO this hot potato: “Has your administration had pressure or petitions from the government of the United States to be more forceful with all the migrants that are arriving from the south?”

They want there to be no migrants, but [the migration] is produced by the circumstances of poverty and of abandonment that exist in Honduras, in El Salvador, in Guatemala, in Central America. … [T]he deeper proposal we are making to the government of the United States is to urgently support the development of the brother nations of Central America. We also need investment and they have offered their support.

Here, AMLO is discussing his plan for a big development program to help Central America and Mexico, which, he says, would help stanch the northward flow of migrants. American taxpayers would, of course, fund most of it.

As for Mexico’s border with Central America, AMLO explained that it is

extensive, very difficult to guard, we are talking partly about jungles, it is not an easy thing to control, the causes must be attended to. We don’t want to fight with the government of the United States, nor do we want to meddle in their political and partisan confrontations. We are going to be very respectful of that.

But again, AMLO was clear: Mexico will control its borders; immigrants must obey the law and be documented.

Kudos to Verza for pressing AMLO the way a journalist should.

AMLO Is STILL Not Bashing Trump

AMLO’s been president since Dec. 1, but he still hasn’t criticized President Trump despite many opportunities to do so. One of them was the recent incident  at the border, when Mexican soldiers threw down on National Guardsmen [Trump warns Mexico over guns drawn on US troops: ‘Better not happen again!’, by Brooke Singman, Fox News, April 24, 2019]

The confrontation inspired this Twitter shot from The Donald:

Mexico’s Soldiers recently pulled guns on our National Guard Soldiers, probably as a diversionary tactic for drug smugglers on the Border. Better not happen again! We are now sending ARMED SOLDIERS to the Border. Mexico is not doing nearly enough in apprehending & returning!

AMLO took a question about Trump’s tweet at his press conference:

What a contrast to the many deranged Trump-bashers in the MSM and on Capitol Hill.

From EFE, via Excelsior:

Pope Francis allocated half a million dollars for the Church of Mexico so it can continue attending to the immigrants who are blocked in that country [Mexico] in their route toward the United States, the Holy See announced today [April 27].

“Blocked … in their route to the United States”? More than 100,000 illegal aliens entered the United States in March alone and more than 400,00 have entered since the beginning of fiscal 2019 in October. [Southwest Border Migration FY 2019, CBP.gov]

[T]his half million dollars will be distributed among 26 projects of 16 dioceses and religious congregations of Mexico. The donation of the pontiff, who is very attentive to the immigration situation, comes after the Mexican church had asked help from the Holy See “to continue giving lodging, food and necessities” to the immigrants.

My suggestion for the Pope: How about giving that money to the Catholic churches of Honduras, Guatemala and El Salvador? Or do they have no responsibility to try to keep their own parishioners in their own countries?

Maybe the Pope should read what Catholic teaching actually says about immigration.

Olga Sánchez, the Mexican Interior Minister, has a message for all the migrants passing through Mexico:

[She] called on Central Americans and citizens of other nations to respect the [Mexican] laws and the Mexican authorities, and to accept their registration as a precondition to determine the quality of their stay in Mexico.

Good luck with that, Secretary Sanchez!

Question: Should Central Americans have the same respect for Mexico’s laws as Mexican illegal aliens have for U.S. laws?

According to AMLO, it’s 16 percent.

[T]he greater part of those who seek to go work in the United States are Central Americans and other nationalities….the proportion of Mexicans opting to leave the country is a percentage of around 16% of the migrant total.

It’s impressive how the Mexican government always has such detailed information about emigration to the United States. It’s almost as if they were keeping track of it!

Back On The Bestia Train

The train known as the “Bestia” ["the Beast"] is popular again. Illegal aliens frequently used the train route from Chiapas to Veracruz until 2014, when the Mexican government started raiding it.

“The Beast” is once again rumbling through the night loaded with people headed toward the U.S. border after a raid on a migrant caravan threatened to end the practice of massive highway marches through Mexico. A long freight train loaded with about 300 to 400 migrants pulled out of the southern city of Ixtepec on Tuesday [April 23]. They sat atop rattling boxcars and clung precariously to ladders alongside the clanking couplings.

[Migrant caravan on the 'Beast' train to avoid Mexican police raids and make it to U.S. border,  by Mark Stevenson and Sonia Perez D., April 24, 2019]

Watch this video from Mexico’s Excelsior. Even if you don’t speak Spanish, you’ll get it.

At about the 2-minute mark, Jhony, a Salvadoran, says he is bound for Harlingen, Texas, where he has four children. Jhony boasts that he was recently deported by “the cerote Trump.” Cerote is Guatemalan/Salvadoran slang for “piece of crap.”

Jhony is unafraid of Trump and the U.S. Border Patrol, and he’s probably right that he’ll easily enter the country. This is what we’re dealing with.

I noticed that the comments below the video, nearly all apparently posted by Mexicans, were all negative.

One wished the Central Americans would fall off the train and die. Another wanted them stopped:

“The Mexican Government tolerates so much,” wrote commenter Santiago Castro. “They are irregular [meaning illegal] on Mexican territory, period. On foot or on the Bestia they are Irregular!!! Stop breaking the law.”

Sounds like Mexicans are tired of the caravans, too.

Are “Homophobes” In The Caravans?

According to the article, homosexual and  “trans” caravanners “suffer homophobia on the part of their fellow citizens and Mexicans.”

"Crossing the border has not changed anything," Notimex reports, and "with each step they take, they stumble with the fear and contempt of the different."

The article interviews Jose Antonio (aka Nancy Paola in the Honduran night life), who, we are informed, has “almost impeccable makeup despite the intense heat”.

Jose/Nancy plans to jump the border and surrender to the border agents, then get a “humanitarian visa” so he can travel to Houston.

Unsurprisingly, given the Main Stream Media’s biases (even in Mexico), Notimex did not reveal what horrors the victimized caravanners suffered.

Not one concrete thing!

My guess: They’ve been coached to make it sound as bad as possible at the asylum interview.