Paul Gottfried’s FASCISM: THE CAREER OF A CONCEPT Explains Why Elites Believe Trump Is A Fascist 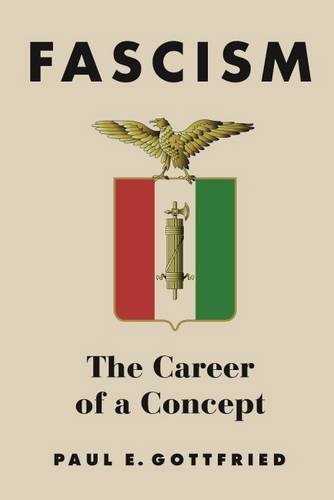 With the meteoric rise of Donald Trump, the only other word we hear more than “fascism” is “racism.”

But what exactly is “fascism?”

Paul Gottfried attempts to answer that question with an exhaustively researched study, Fascism: The Career of a Concept. It’s an antidote to the clumsy polemics surrounding the topic. Gottfried alludes to Jonah Goldberg’s 2008 Conservatism, Inc bestseller  Liberal Fascism as an illustration of how serious scholarship has been subordinated to crass partisan political purposes. 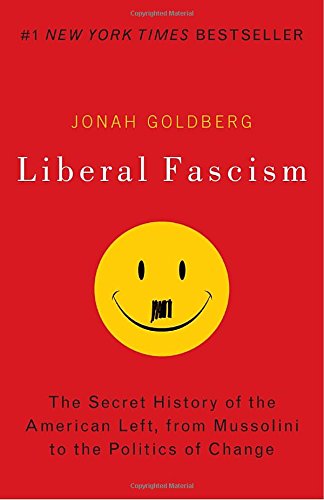 “After hundreds of pages of…often strained comparisons between fascist and Democratic orators, it is hard to miss the point: if Democratic partisans in Hollywood have gone after Republicans as fascists, then the other party should be allowed to play the same game.”

Goldberg’s charging his political opponents with the “f” word is just “intermural politics.” And this “game” of two parties casting aspersions back and forth is hard to take seriously.

“If we wish to condemn one of the two institutionalized parties as ‘fascist’ for building and sustaining a large administrative state, then why not make the same judgment about the other?”

In other words, if Goldberg [Email him] really believed both that fascism is horrible and (“liberal”) Democrats were fascists, then why doesn’t he suggest “he would rescind the ‘fascist’ handiwork” in the event Republicans assume power? Gottfried’s unanswerable reply: “By now that handiwork belongs as much to his party as it does to the opposition.”

In contrast to Goldberg, Gottfried provides an objective historical examination of fascism. And he shows the targets of virtually every accusation of “fascism” are nothing of the kind.

“As a historic phenomenon,” he writes, “fascism has nothing to do with advocating an isolationist foreign policy, trying to restrict Third World immigration, or favoring significant income redistribution in order to achieve greater social equality”—as today’s “antifascists” would have us think.

Nor should we be misled by opponents of “Islamo-fascism” and the European “far right” into thinking their enemies are actually the ideological heirs to the cultural/ideological phenomenon which emerged in interwar Europe.

But just because Gottfried says certain people aren’t fascist, that doesn’t mean he’s endorsing them. Instead, these clumsy associations “are characteristic of recent, divergent attempts to identify fascism with whatever the speaker happens to dislike .”

Yet there’s a method to the “antifascist’s” madness: Upon blasting his opponent’s view as “fascist,” the “antifascist” invariably begins “belaboring his or her target with the accusation of sympathizing with Nazi atrocities.”

Gottfried is having none of it.  He goes so far as to argue that Nazism, while containing elements of fascism, is not entitled to be regarded—as it always is regarded—as a species of fascism proper, much less as the quintessential expression of fascism.  “The Nazis ran a highly eclectic operation,” Gottfried explains.  They borrowed not only from fascism, but from “Stalinism and, perhaps most of all, from Hitler’s feverish imagination.”

Nazism, in other words, isn’t a species of fascism at all.

For the study of fascism, Gottfried remarks, serious researchers on this topic recognize that “it is hard to think of real examples…in practice beyond interwar Italy.”  Here, Gottfried is in agreement with Hannah Arendt, in my opinion one of the most insightful and original political philosophers of the 20th century, who also insisted upon distinguishing Nazism from what Gottfried calls “generic fascism” (e.g. the fascism of Mussolini).

Gottfried insists a particular spatial and temporal context must be considered when it comes to understanding fascism. “Fascism and the revolutionary Left that it faced between the two wars are not eternally present forces but came to oppose each other in a particular time and place,” he writes. Thus, Gottfried’s “concept” of fascism centers entirely on Italian fascism in the 1920’s and 1930’s.

But there is tension within this book. Gottfried abstracts a set of formal principles or suppositions that transcend the historically and culturally specific particularities of Mussolini’s fascism. Gottfried concedes comparably able and honest researchers have different opinions about whether fascism is on the left or right. But Gottfried, a man of the Old Right, definitely sympathizes with who regard fascism as “a disguised movement of the Right .”  He proceeds to identify “overlapping characteristics” that it shares with “an older right.”

Whereas fascism is “far more prone to violence than European conservatism,” it is “essentially right wing” inasmuch as it rejects the notions of a malleable human nature, human rights, and a “self-improved humanity” to be realized in a future utopia.  But such features shared by fascists and traditional rightists are more formal than substantive in character.

Yet Gottfried alludes to other formal ideas which show how fascism differs from classical conservatism, ideas that individualize fascism as a distinctive ideology.

(1)Unlike conservatives, who sought to conserve a certain type of social order, fascists wanted to “reconstruct” such an order only after the original aristocratic article had already decayed or collapsed.

(2)Fascists belonged to “a revolutionary Right in the sense that they planned to take power by force, and they viewed this exercise of force as a redemptive act.”  They advanced a “cult of violence,” a cult in the absence of which fascism “would be unthinkable.”

The difficulty here is that while Gottfried insists upon comprehending fascism as something that emerged in “a particular spatial and temporal context”—i.e. with a focus on such substantive beliefs as, say, the anti-bolshevism of Italian fascists—he at the same moment refers to those formal suppositions—like a belief in an invariable human nature and the need to “reconstruct” society by force—that transcend that temporal-spatial context.

Understood as an historical phenomenon, Gottfried is correct to insist we attend to the contingencies of time and place that nourished fascism.  However, if fascism is a concept, i.e. a political-philosophical concept, we have to go much farther.

Imagine you were trying to understand “utilitarianism.”  It emerged in England during the 18th century and one of its most notable proponents was a philosopher named Jeremy Bentham, a tireless social reformer who crusaded on behalf of all manner of things belonging to his “particular spatial and temporal context.”  But knowing this doesn’t tell us about utilitarianism.

To know about utilitarianism as a concept, one must know about the formal principles (the principle of utility or “the greatest happiness” principle) to which all proponents of utilitarianism irrespective of time and place subscribe. And this is true when analyzing any other concept.  Adherents of the theory in one place and time needn’t share the same substantive beliefs as those endorsed by adherents at another place and time.

Of course, Gottfried’s objective is to provide the history of a concept: history is particular, an uninterrupted flux of ever-changing accidents; the logic of a concept, on the other hand, is (potentially) universal, a changeless essence.

And the resulting friction has positive effects. It inspires readers to let Gottfried serve as a sure-footed guide through a confusing labyrinth of scholarship. This is no mean feat.  In our Politically Correct Age, it’s almost impossible to produce a comprehensive compendium on such a politically-charged subject accessible to both specialists and non-specialists.

But Gottfried has done it. For a dispassionate study of an ideologically-combustible idea that is at once as timely as it promises to be timeless, Paul Gottfried’s Fascism: The Career of a Concept is a must read. 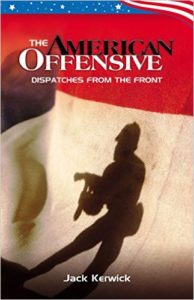 Jack Kerwick, Ph.D., [Email him] has been teaching philosophy for 17 years at various colleges and universities in New Jersey and Pennsylvania. His work has been featured in various popular and scholarly publications. His book, The American Offensive: Dispatches from the Front (Stairway Press), is available on Amazon and at Barnes and Noble. His blog, At the Intersection of Faith and Culture, can be found at Beliefnet.com.