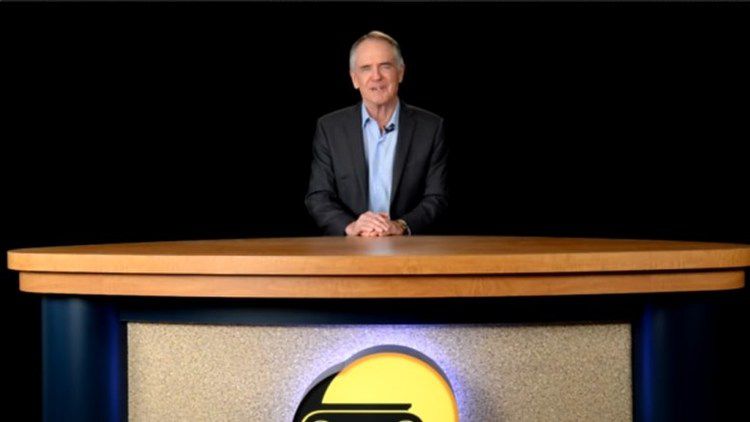 Jared Taylor On The NEW YORK TIMES: All The News That's Fit To Print

The media are having a lovely time smearing White House advisor Stephen Miller as a “white nationalist” or worse. The campaign began with a November 12 “Hatewatch” column by the Southern Poverty Law Center that was based on no fewer than 900 email messages between Mr. Miller and a former Breitbart editor, Katie McHugh. Miss McHugh turned over correspondence Mr. Miller no doubt assumed was private.

The direct quotations from Mr. Miller are very tame. I kept thinking: “Out of 900 messages, this is the most ‘racist’ stuff they could find?” No doubt that is why Mr. Miller’s own words account for only about 10 percent of the article. The SPLC spent the other 90 percent telling us why we are supposed to think that what he wrote was racist and awful. 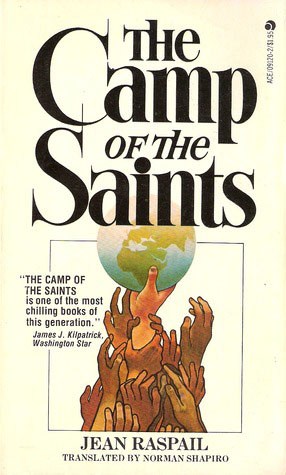 The most serious accusations against Mr. Miller seem to be that he liked Jean Raspail’s 1973 novel, Camp of the Saints, and that he read articles at American Renaissance and VDARE.com. This has been enough to send the media from New York Times to  Washington Post to NBC to Daily Beast into a frenzy, with 80 members of Congress now calling on Mr. Miller to resign.

Two days ago, Katie Rogers of the New York Times called to ask me about my “relationship” with Mr. Miller. I’m sure I disappointed her by telling her I had none; I have never met him nor spoken to him. This didn’t stop her from wanting to know: Do I think he is an ally in the White House? Is he a white nationalist? I told her I have no idea; I can’t read his mind. She asked if I am happy he read the website. I told her I want everyone to read it, including Hillary Clinton.

I asked her why it is scandalous for Mr. Miller to read VDARE or American Renaissance. Mr. Miller passed along an article we published on Justice Department statistics on interracial crime. Why shouldn’t people with inquiring minds go to our site to find information that the Times would never publish? I told her what she was doing was obvious: trying to smear Mr. Miller by associating him with me, and thereby smear the president. I was not my usual polite self.

Miss Rogers, who also contacted Mr. Brimelow, has now published the fruits of her research, which begins with these words:

Peter Brimelow, the founder of the anti-immigration website VDARE, believes that diversity has weakened the United States, and that the increase in Spanish speakers is a “ferocious attack on the living standards of the American working class.”

Jared Taylor, the editor of the white nationalist magazine American Renaissance, is a self-described “white advocate” who has written that “newcomers are not the needy; they are the greedy.”

If you follow the link to Mr. Brimelow’s remarks, you will understand the context of his words— if, in fact, those were his words, because they are offered by a hostile source as something he said at a conference seven years ago. (See James Fulford's comment on VDARE.com here.)

The Times has no link to my words, and when I found them I could see why. Miss Rogers suggests I am writing about immigrants to the United States, but I was writing about Syrians going to Europe:

Many have decided they are just tired of refugee camps – and the ones in Lebanon have cut back somewhat on handouts. Those coming straight from Syria just want a chance at Europe, too. As one 35-year-old woman who brought two young children with her from Aleppo explained at the Hungarian border, “I decided to leave Syria because I want my kids to have a comfortable life, to study.”

In any case, it’s hardly the poor who are making the trip. Smugglers charge as much as $2,000 per adult to ferry people just a couple of miles from Turkey to a Greek island. It takes money to travel on to Germany or Sweden–though some European countries are laying on free travel, food, and shelter. These newcomers are not the needy; they are the greedy.

What if a reader wanted to know what I actually wrote, and searched the phrase “newcomers are not the needy; they are the greedy”? Google will not return our page. The Times shows up in the number-one slot, along with eight other pages, but AmRen is absent. Duck Duck Go, however, returns AmRen as the first result.

You would think media giants would be embarrassed to be so terrified of us. The Times dares not link to us; YouTube bans and restricts us; Twitter and Facebook silenced us years ago; Google pretends we don’t exist.

When media distort our words, we have no way to correct the record except on a website that only our readers know exists. Times readers who just want to check the quote have almost no way of doing so.

Jared Taylor is the editor of American Renaissance. You can follow him on Parler and Gab.