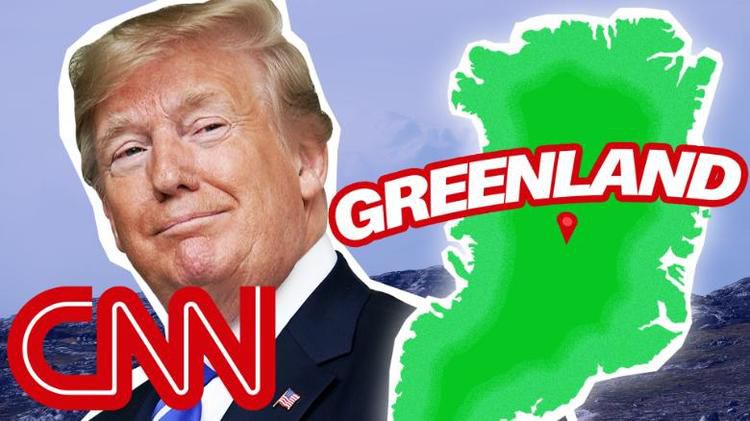 To those of us of who learned our U.S. history from texts in the 1940s and '50s, President Donald Trump's brainstorm of acquiring Greenland fits into a venerable tradition of American expansionism.

The story begins with colonial officer George Washington's march out toward Fort Duquesne in 1754 and crushing defeat and near death at Fort Necessity, where, according to myth, he fired the first shot of what would become the French and Indian War.

With the British victory, Washington went home to Virginia, only to be called back in 1775 to lead the Continental Army in America's War of Independence, which lasted six years, until the victory at Yorktown.

With the 1783 Treaty of Paris, the Americans won title to all the land between the Atlantic and Mississippi, from Canada to Florida.

Twenty years later, in 1803, President Thomas Jefferson and Secretary of State James Madison seized Napoleon's offer and bought for $15 million the vast Louisiana Territory extending from New Orleans into Canada and so far west it virtually doubled the size of the United States. 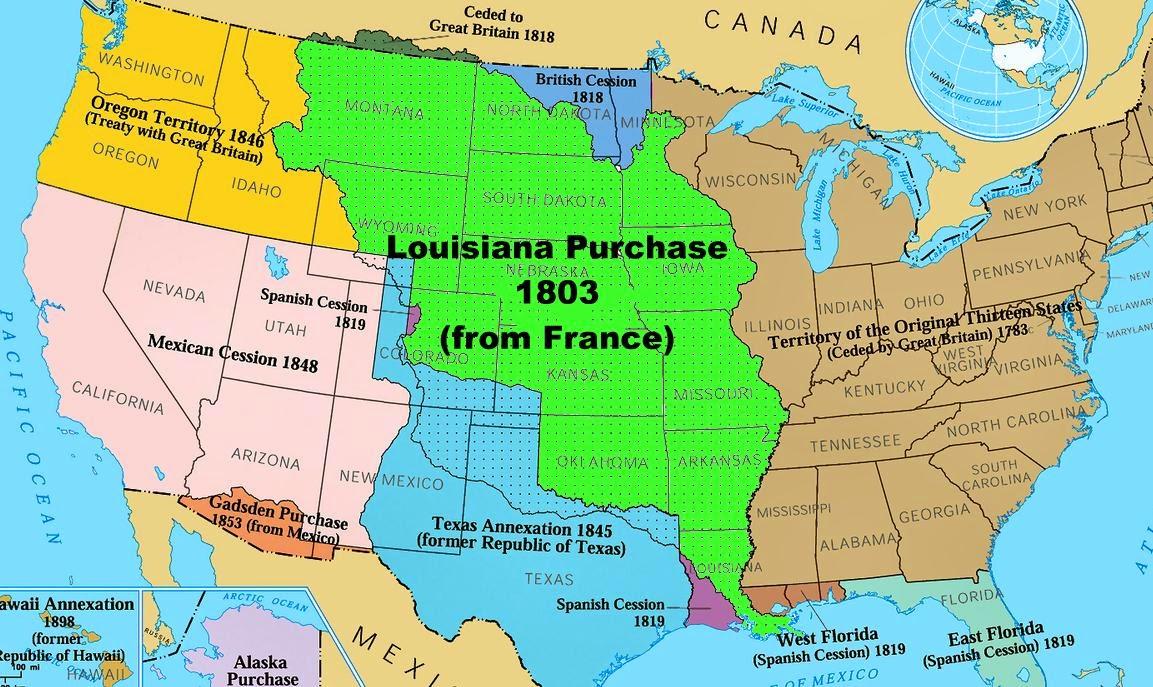 In 1818, Andrew Jackson, hero of the Battle of New Orleans in the War of 1812, was ordered by President James Monroe to march south to repel the murderous forays by Seminole Indians from Florida into Georgia.

Exceeding his orders, Jackson stormed into Florida, crushed the Seminoles, hanged two British "spies" he found there, put the Spanish governor on a boat to Cuba and came home, a national hero again, after almost igniting another war with the British.

Secretary of State John Quincy Adams now coolly confronted the Spanish. If they could not control the Indians, Adams told the Spanish ambassador, we would. And to avoid more visits by General Jackson, the best solution for Madrid was to cede this derelict province to the United States.

Spain capitulated. Florida was ours.

In 1835, American settlers in the Mexican province of Texas, under the leadership of Jackson's old lieutenant and fellow Indian fighter Sam Houston, seceded. At San Jacinto, they forced General Santa Anna to accept the independence of a new Lone Star Republic.

In his last days in office in 1845, President John Tyler brought Texas into the Union, and his successor, James Polk, sent an army to Texas to ensure that the U.S. border was now the Rio Grande, much farther south than the Mexicans claimed it to be.

In the subsequent 1846-48 war, the U.S. army invaded Mexico and marched to the capital, where Nicholas Trist of the State Department negotiated a peace whereby Mexico ceded half of its country—what became the American Southwest, plus California.

President Ulysses S. Grant, a veteran of that war, would call it the "most unjust war ever fought." Yet, Mexico would, in the Gadsden Purchase of 1853, sell an area twice the size of Massachusetts, Connecticut and Rhode Island combined. It would become part of the states of New Mexico and Arizona.

The Mexicans even offered to sell Baja California for $10 million. Congress declined the offer, saying we now had quite enough land.

When the Civil War ended, Secretary of State William Seward—who narrowly survived an assassination attempt the night John Wilkes Booth murdered Lincoln—sought to buy the islands of Greenland, Iceland, St. Thomas and the Dominican Republic. He failed, but he bought Alaska from Russia for $7.2 million, putting himself in the history books.

Thus, from the day President John Adams left office, in just 67 years, America had grown to become the world's second- or third-largest nation.

After the Spanish-American War of 1898, William McKinley would make us an imperial power by annexing Puerto Rico, Hawaii, Guam and the Philippines, the last in a brutal war that cost 200,000 Filipino lives.

McKinley's successor, Theodore Roosevelt, would engineer the secession of Panama from Colombia and America's acquisition of the Canal Zone.

Ronald Reagan's opposition to Jimmy Carter's transfer of the Canal Zone and the canal itself to Panama would prove crucial to Reagan's 1980 nomination and rout of Carter in a 44-state landslide.

Harry Truman also wanted to acquire Greenland, and in 1946, he offered Denmark $100 million in gold. The Danes declined, though they had sold the Virgin Islands to Woodrow Wilson in 1917.

How, then, did America acquire her vast territory?

While Trump's diplomacy in the Greenland matter was not as deft as Seward's in acquiring Alaska, the attitude exhibited would not be unfamiliar to many of the great men in our history.

And the cancellation of Trump's state visit to Copenhagen aside, this issue of Greenland's future has been tabled. It is not going away.

After all, China, the aspiring superpower of the 21st century, has exhibited an interest in this largest island on Earth, strategically located between Europe and America, amid the Arctic and Atlantic oceans.

Methinks the Danes are headed for interesting times.