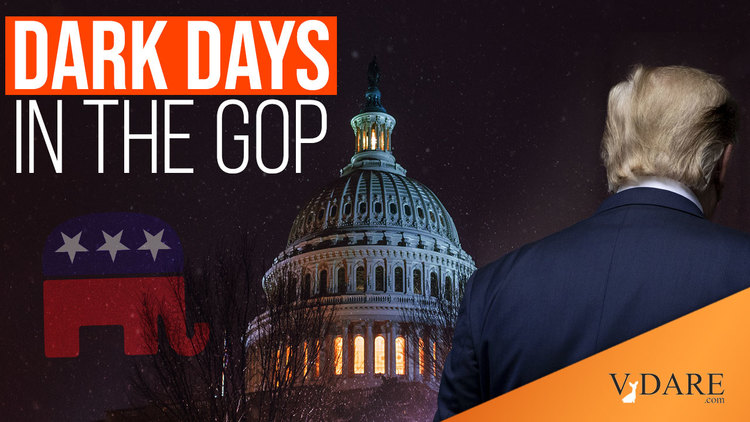 It has been a dreadful three months for the Grand Old Party.

On Nov. 3, President Donald Trump seemed to have lost the White House by narrowly losing three crucial blue states he had won in 2016—Wisconsin, Michigan, and Pennsylvania—and Georgia and Arizona as well.

Trump immediately mounted an acrimonious two-month campaign to prove the election had been "rigged" and "stolen," enlisting virtually the entire party behind his claim.

On Jan. 5, after an intra-party battle between Trump and the Georgia Republican leadership, the GOP lost both of Georgia's Senate seats and control of the U.S. Senate.

On Jan. 6, a mob, after storming the Capitol to block a formal vote to confirm the election of Joe Biden as president, rampaged through the building for hours.

On Jan. 13, Trump was impeached by Speaker Nancy Pelosi's House for "incitation of insurrection."

The trial began Tuesday, featuring endless reruns of footage from the Jan. 6 occupation, showing thugs invading and trashing the Capitol and searching out Pelosi and Vice President Mike Pence.

Trump's defense: He directed the crowd on the mall to march to the Capitol "peacefully" not violently, and the White House was unaware there might be a mob assault.

In the month since the attack on the Capitol, says the New York Times, 140,000 Republicans in 25 states have renounced their party by changing their registration. And Joe Biden's approval rating has been in the 50s, a level Trump did not reach in four years.

There may have been a worse 90 days in Republican Party history, but it is difficult to recall exactly when.

There was the Goldwater defeat of 1964, which left the party with less than 40% of the presidential vote and less than a third of the seats in the House and Senate.

There was the Watergate year 1974, which saw Richard Nixon resign in August and the party lose 49 House seats that fall and then lose the presidency to Jimmy Carter in 1976.

Yet, the years following these political disasters were not all that bad. 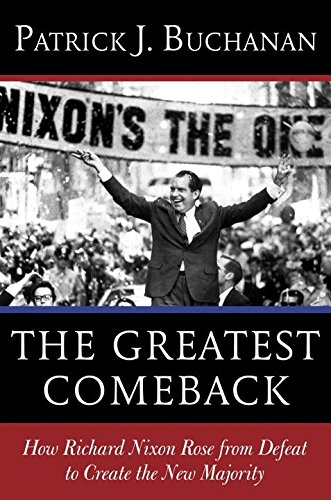 Goldwater's defeat was followed by the Nixon-led comeback in 1966, with the party picking up 47 seats and then recapturing the White House in 1968. And while Watergate was followed by the loss of Nixon's successor Gerald Ford in 1976, Jimmy Carter's presidency opened the door to the winningest Republican of them all, Ronald Reagan.

In short, it is not always true as Sen. John McCain mordantly observed, that the darkest hour is often just before it turns totally black.

What are the prerequisites for a Republican restoration?

As Nixon's victory in 1968 and Reagan's in 1980 showed, a party comeback requires, first, the perceived failure of the opposition on issues of major concern to the great majority.

In 1968, LBJ's Great Society program had ushered in five summers of race riots, soaring crime rates, a social and cultural revolution on the campuses, and a war in Southeast Asia that was consuming 200 to 300 American lives a week.

A second and indispensable element of a party comeback is party unity, which Nixon and Reagan produced, as Eisenhower had before them.

Still, as of today, though Biden appears personally popular, he seems to be moving leftward in a way that will play into the GOP's hands on several issues.

Shutting down the Keystone XL pipeline, for example, is a policy decision that will kill thousands of jobs to prevent an "existential crisis" millions of workers do not see.

Second, Biden has moved the racial goalposts from equality of opportunity to "equity" for all, which can only be attained by socialist action to even out incomes and wealth through quotas, affirmative action and set-asides. Yet, voters in ultra-liberal California last fall crushed Prop 16, which would have empowered public agencies, universities and colleges to consider race, gender and ethnicity when making decisions on contracting, hiring and student admissions.

Moreover, the liberal immigration policy Biden promised last fall has already caused a stampede to our Southern border. Some 78,000 illegal immigrants were apprehended by the Border Patrol crossing in January alone. They are now being caught at the rate of 3,000 a day.

Securing the border is a populist and national security issue.

Other Trump add-ons to the traditional GOP agenda remain popular with large majorities of Americans.

Consider the "America first" issues of economic nationalism, the return of manufacturing to the United States, and keeping U.S. troops out of foreign wars where no vital U.S. interests are imperiled.

The questions of the hour are these: will the GOP be united against an incumbent party that is moving visibly leftward and dragging the country with it—and what will Donald Trump do?