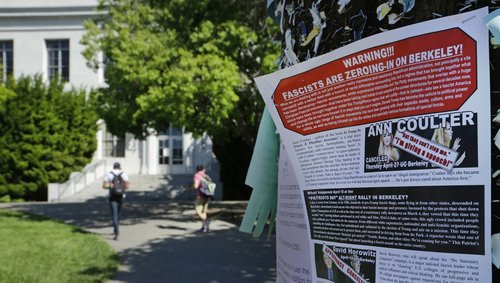 In the mid-1960s, left-wing University of California Berkeley students refused to abide by the administration’s restrictions against campus political activism, launching the so-called Free Speech Movement, which is widely credited for sparking campus radicalism across the country. Alameda Deputy County District Attorney Ed Meese prosecuted the students, and Ronald Reagan made their lawlessness a top campaign issue in his successful 1966 California gubernatorial election. Subsequently Reagan became President and Meese became his Attorney General—and the campus radicals took over universities from the top down. With their cultural power consolidated, free speech no longer serves the Left, and the birthplace of the “Free Speech Movement” is doing its best to keep Ann Coulter from speaking. 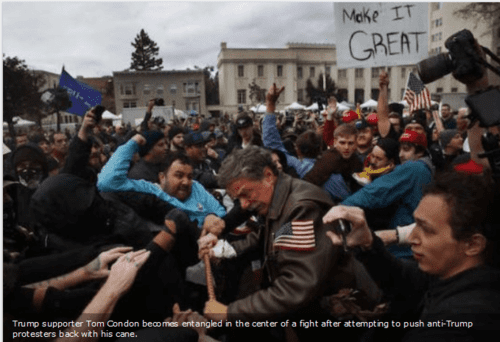 Ann Coulter is not the first victim. In February, violent mobs shut down Milo Yiannopoulos's speech on campus. Trump supporters have held two pro-free speech rallies since the event, which “Antifa” thugs also attacked. Citing these safety concerns, the University put such burdensome requirements on a planned speech by David Horowitz that the College Republicans had to cancel it. Now they are trying to do the same with Ann Coulter. But the College Republicans have learned not to try to play nice with the administration—and Coulter, of course, learned that lesson long ago.

The City and the University’s response to each act of violence was the same. They would denounce the speakers’ views as intolerant and divisive prior to the speech. The Antifa would violently shut down the speech, while the police stood by and did nothing. Then, the officials offered a mealy-mouth denunciation of violence, but did nothing to stop it the next time. 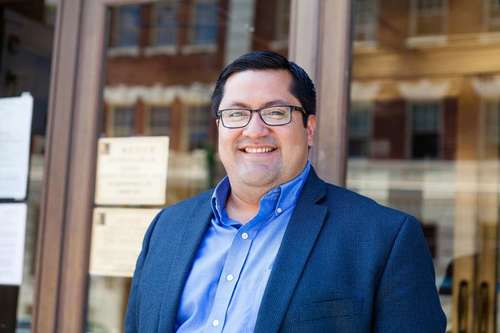 Berkeley mayor Jesse Arreguin (right) is particularly troubling.  Arreguin [Email him] is a Facebook member of By Any Means Necessary, one of the violent groups which has disrupted past events, and he more or less said that Milo should not be able to speak, stating "Using speech to silence marginalized communities and promote bigotry is unacceptable. Hate speech isn't welcome in our community." [Berkeley Mayor Publicly Belongs To Violent Leftist Group, by Justin Caruso, Daily Caller, April 21, 2017]

University officials are not so flagrant about their contempt for free speech and prefer bureaucratic red tape to violence to censor those they oppose.

With this background, let’s consider the latest events.  The Berkeley College Republicans (along with BridgeCal, a nonpartisan group) invited  Ann Coulter to speak on the campus for April 27, booked a venue and paid a several-thousand-dollar security fee. The University claims that they only learned of the speech through media reports, which appeared on March 28, while the Republicans claim (and apparently have e-mail evidence to prove) that they informed the University on March 17, weeks prior to the speech.

On April 15, Antifa militants attacked a free speech rally. As usual, the police did nothing, but this time the victims fought back and won.

Then on April 19, the University announced they were cancelling the speech.  University spokesman Dan Mogulof [Email him] claims "it has nothing to do with anyone’s political views," but because "we also have an unqualified focus on safety of our students” [Ann Coulter rejects Berkeley’s new invite; GOP students threaten to sue college, by William Wan, Washington Post, April 21, 2017] 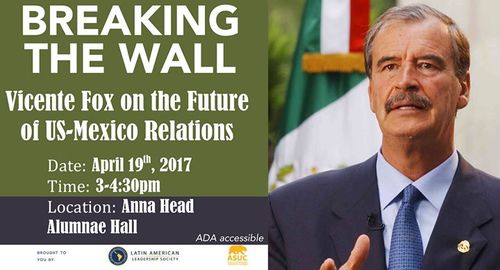 After the College Republicans threatened legal action, the University tried to reschedule the event—in the middle of final exams, where no students would come. After Coulter continued to push back, they have cited a new rule that “high profile” speakers speak during the daytime, which they allegedly created. This did not apply, however, to anti-American former Mexican president Vicente Fox, who the university invited (and presumably paid six figures) for an evening speech. [Lawyer's letter, PDF]

For the sake of argument, let’s take Berkeley’s claim that they are primarily concerned about student safety at face value. No one honestly believes Coulter will prompt her supporters to violence. Rather, everyone correctly assumes that Antifa activists will try to shut down her speech violently like they did to Milo and others. No one besides Antifa are violently attacking political speeches in Berkeley (or in the rest of the country) and they only do it to the Right.

Thus, any regulations based on public safety effectively become censorship aimed solely at the Right, by granting the Antifa a “heckler’s veto.”

The Supreme Court does not permit this, holding that, “constitutional rights may not be denied simply because of hostility to their assertion or exercise” [Watson v. City of Memphis, 373 U.S. 526, 535 (1963)]

If the University were really concerned about safety, they would do everything they could to crack down on the Antifa mobs. Even if they did not know about Coulter’s speech event until late March, this still gave them a month to arrange adequate security to stop them. In fact, of course, they should have made this their top priority after these thugs shut down Milo in February.

Furthermore, the University is legally obliged to provide the necessary security to protect Coulter and the Republicans. As the Sixth Circuit Court of Appeals recently ruled:

When a peaceful speaker, whose message is constitutionally protected, is confronted by a hostile crowd, the state may not silence the speaker as an expedient alternative to containing or snuffing out the lawless behavior of the rioting individuals Nor can an officer sit idly on the sidelines — watching as the crowd imposes, through violence, a tyrannical majoritarian rule — only later to claim that the speaker's removal was necessary for his or her own protection. [Bible Believers v. Wayne County, Mich., 805 F. 3d 228 (2015)]

Yes, this may take significant resources now—but only because Berkeley allowed this violent mob to grow with no consequence.

And the University can definitely afford it. The seminal case that held that "Speech cannot be financially burdened, any more than it can be punished or banned, simply because it might offend a hostile mob," was Forsyth County v. Nationalist Movement, where a small Georgia county with a population of 40,000 likely had to spend a large chunk of its law enforcement budget policing marches. [505 U.S. 123 (1992)]. The Court got this decision right, but I am sympathetic to the County. Berkeley, in contrast, has $2.5 billion annual budget. And tens, if not hundreds of millions of dollars go to the scores of explicitly anti-white programs like

Berkeley can certainly afford a few extra dollars on security to prevent a violent mob from exercising veto power over campus speech.

Furthermore, there is reason to be skeptical about the political neutrality of the University. In addition to their budget and public statements against conservatives, University of California employees were the largest donor bloc to Hillary Clinton, contributing over $1.6 million dollars to her campaign—a full 122 times more than their contributions to Trump. [University of California, 2016 Cycle, Open Secrets]

Lest there be any doubt that political views may be a factor, let’s consider how the school would react if the viewpoints were different.  Imagine there was a segregated school located in an especially conservative town in the Jim Crow South. The school hosted segregationist speakers, creating various centers on campus to promote segregation. The mayor of the Town has said that civil rights protesters were not welcome in their town, and had lent his name to the Klan. Whenever the civil rights protesters showed up, the Klan would violently attack them.

The school and the town did nothing to stop the violent counter-protests. After each attack, they would condemn violence in the abstract without calling out the Klan by name.  Rather than go after the Klan, it banned civil rights protests in the name of protecting public safety due to the inevitable violent response. When the civil rights activists threatened to sue, the town charged them heavy security fees and imposed various bureaucratic regulations, which it never applied to anyone else.

While no Southern Sheriffs were as brazen as Berkeley, preventing anti-segregation activists from marching during the Civil Rights era because of fears of violent segregationist backlash led to our modern case law on the “heckler’s veto.” As the Sixth Circuit explained in Bible Believers, "The civil-rights era cases tell us that police cannot punish a peaceful speaker as an easy alternative to dealing with a lawless crowd that is offended by what the speaker has to say."

The College Republicans have threatened to sue if the University continues with its restrictions. The law is unquestionably on their side.

Of course, the California Courts and the Ninth Circuit are rarely on the side of the law.

Regardless of whether the University sees sense or how the Courts rule, the Berkeley College Republicans and Ann Coulter deserve America’s gratitude for refusing to give an inch to the violent Antifa mobs and their enablers in the University administration and the city government.