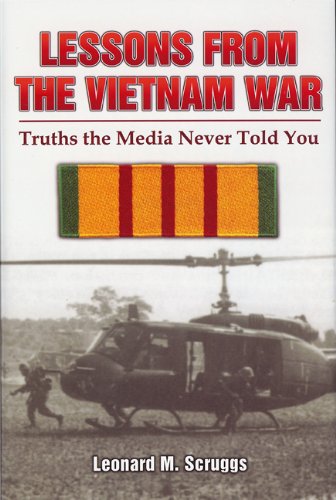 I met Mike Scruggs [Email him] at Stanford's business school when he was only just back from Vietnam in 1970. In recent years, we reconnected through the miracle of the internet and he has written for VDARE.COM several times. (See here for his take on Ron Paul's huge missed opportunity in the decisive South Carolina primary last year.)

Mike has now written Lessons from the Vietnam War: Truths the Media Never Told You, reflecting on his experiences in Vietnam, where he was an A-26 navigator, shot down and wounded in 1967. You can order from the publisher here, scroll down (Mike makes more) or through ... (VDARE.COM gets a commission) here. For an interview with Mike, see here. I'm not somehow not surprised to see there details of Mike's ordeal that he never told me.

The Vietnam War made a huge impression on me, growing up in Britain. I still think it was a war the U.S could and should have won—as I argued here, in a review that earned me a congratulatory letter from Richard Nixon, to my great surprise. I know this annoys my libertarian friends. But what use are they on immigration?