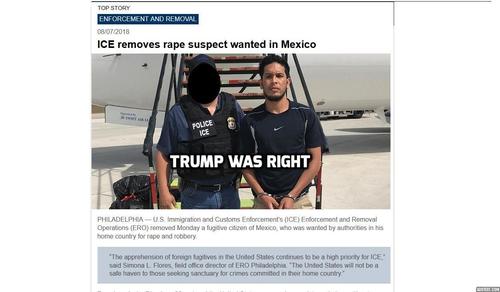 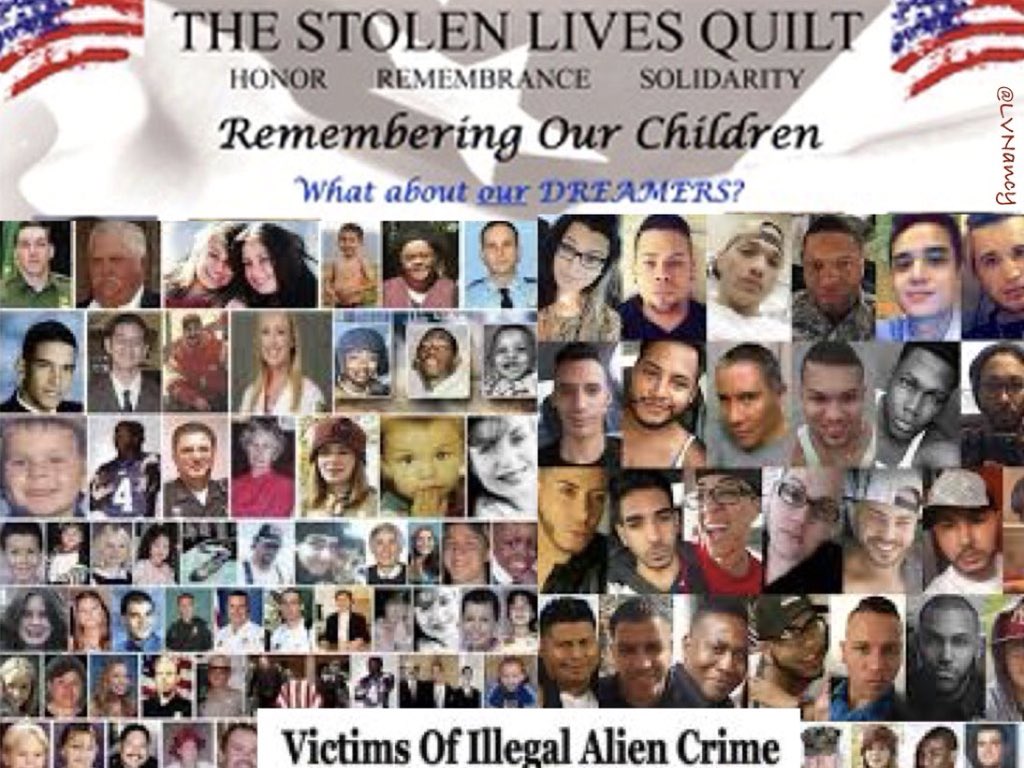 This is the sort of event that makes you wish the United States had a special federal law enforcement agency dedicated to apprehending, imprisoning, and deporting violent criminal illegal immigrants who have managed to get across the border.

Oh wait, we do! It is called “Immigration and Customs Enforcement”—or “ICE” for short.

Every day, ICE works to keep Americans from becoming another Mollie Tibbetts.

Here are some recent examples of ICE preempting this sort of tragedy:

That same week ICE conducted a sweep in Houston, Texas and arrested 45 illegal immigrants. Among them was a Turk convicted of child exploitation and a Honduran convicted of rape.

Those are just the rapists and murderers of the last two weeks. ICE nabs plenty of foreigners pushing deadly drugs as well.

On August 22, two Chinamen (Fujing Zheng and Guanghua Zheng, a father-son duo) were charged, “with operating a conspiracy that manufactured and shipped deadly fentanyl analogues and 250 other drugs to at least 25 countries and 37 states. The indictment also alleges the drugs sold by the group directly led to the fatal overdoses of two people in Akron, Ohio.”

If there is concrete evidence of Mr. Zheng and Mr. Zheng’s drugs directly leading to two overdose deaths, one can only wonder how many deaths they played a hand in “indirectly.” With an operation spanning 37 states, I suspect they managed a death toll higher than just two.

On August 3, ICE played a role in arresting 32 “individuals” involved in an enormous nationwide drug ring, specializing in cocaine and heroin. The name of every arrestee was not released, but here are those that were:

On August 7, ICE arrested Armen Simonyan, of Armenian-Azerbaijani extraction. The allegations, among others, were that “he and other conspirators disseminated more than 2 million pills of controlled prescription drugs to the black market, mostly oxycodone and hydrocodone.” If you are unfamiliar with those drugs, they are similar to the aforementioned and more notorious fentanyl: an opioid pain reliever.

Put more simply, the drugs these immigrants are pushing are part of the wave of drugs that have killed around 235,059 Americans between January 1, 2014 and January 1, 2018—a little more than the population of Richmond, Virginia. [Bleak New Estimates in Drug Epidemic: A Record 72,000 Overdose Deaths in 2017, by Margot Sanger-Katz, New York Times, August 15, 2018]

The Left is of course saying that the fate of Mollie Tibbetts was an outlier, an exception, a “black swan.” This misses the point: a big part of the reason why there are not more Mollie Tibbetts is precisely because of America’s existing immigration enforcement agencies and mechanisms.

And those are two things the Left wants to do away with. In the same breath they claim that Mollie Tibbetts was an anomaly and that ICE is fascistic and must be abolished. But who could look at the recent ICE actions listed above and conclude America would be safer without ICE? That conclusion cannot be logically reached.

So support ICE. They are, as VDARE.com notes, “nice.”

And when Leftists tell you ICE must be done away with, ask them who they think is going to deport all these rapists, murderers, and pill-pushers once it is gone.