“Help Me, Dad”— Six Crucial Points The Mainstream Media Has Overlooked In The Kate Steinle Case

Kate Steinle’s dying words after she was shot by an illegal alien are heartrending to any father—and should be to any American.

But apparently not. Steinle’s killer, Jose Ines Garcia Zarate, has just been found Not Guilty in San Francisco.

There could be no more dramatic proof that the entire political class—politicians, law enforcement bureaucrats, Main Stream Media propagandists, even the resultant racially-divided juries—simply cannot be trusted to do anything about America’s gathering immigration disaster.

That is why I must ask you: Please give to VDARE.com now.

At VDARE.com, we believe that the truth shall make us free. We believe that it is because ordinary grass-roots Americans saw through MSM propaganda about mass immigration that President Trump was elected.

As I write, the MSM has been slow to respond to the scandalous Steinle verdict, as is always the case with anything that contradicts their Politically Correct Narrative. (The New York Times headline even described Zarate as an “immigrant” instead of an illegal alien). What coverage there is, also as always clearly coordinated, tries to divert attention to nit-picking President Trump’s tweets, in which he quite rightly said the verdict was “disgraceful.”

But these are some points VDARE.com thinks should be reported:

Even though he had discharged the gun accidentally (and remember that he first said he was shooting at sea lions, changing his story later), why was he not convicted of manslaughter? (The only conviction he received: for being a felon in possession of a firearm).

One, Francisco Ugarte, was quoted as saying: “From day one, this case was used as a means to foment hate, to foment division, to foment a program of mass deportation ... and I believe today is a vindication for the rights of immigrants.”

Note “immigrants”—not illegals. Maybe this politicization swayed a San Francisco jury affected by Trump Derangement Syndrome. But VDARE.com will not be swayed—we will continue to “foment hate” i.e. report the truth about our immigration disaster. But we need your help.

Another defense lawyer was quoted as saying: “We are very pleased with the jury. We have such great diversity built in in San Francisco and I think we have a jury that understands a lot of the concerns about the defendant receiving a fair trial.” Translation: “Diversity” and “fair trial” are code words for nullification—in other words, a determination to acquit any illegal on any possible technicality.

Significantly, the MSM seems incurious about the makeup of the jury in this case (although earlier reports said in contained three immigrants and at least one Spanish-speaker). But making the jury system work across ethnic lines is notoriously difficult to do, as the O.J. Simpson fiasco demonstrated. Because of the post-1965 immigration disaster, Americans may have to rethink juries, as with so many other public policies. VDARE.com is prepared to rethink—help us do it!

VDARE.com has long opposed “Sanctuary Cities,” but the sheer viciousness of what San Francisco did in this case needs particular highlighting. Apparently, it extracted Zarate, seven times convicted of felonies and five times deported, from the federal deportation process on the grounds that it wanted to prosecute him on a drug charge—only to drop the charge and then refuse to return him to the feds. The undeniable result: Kate Steinle’s death.

Somebody in San Francisco made this decision. He/she/it (this is San Francisco) should be exposed and held responsible. And how many other cases of such sabotage are there? Help VDARE.com investigate. 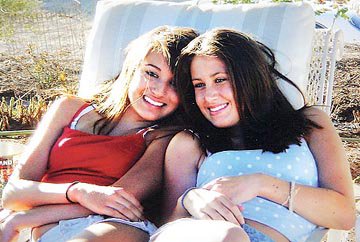 Pictured above are Tessa Tranchant,16, and Allison Kunhardt, 17.

According to grieving father Ray Tranchant, his daughter Tessa and her best friend Allison Kunhardt, “were just sitting at the light, strapped in their seat belts. They were just doing what they were supposed to be doing.” Then illegal alien Alfredo Ramos, who was drunk, hit them with his car, killing them.

But obeying the law is not enough protection any more, since drunk-driving illegal aliens are making the roads a far more hazardous place. The accused, illegal alien Alfredo Ramos, was apparently so drunk that he doesn't even remember the accident.

Neither does the MSM. Help VDARE.com memorialize them.

After Kate Steinle’s death, various pieces of legislation to impose penalties on re-entering illegals and to restrict Sanctuary Cities have been introduced in Congress. And two bills actually passed the House of Representatives this year.

But neither have been taken up by GOP Senate Leader Mitch McConnell. Why not? Help VDARE.com find out.

Let me finish on a personal note. I know that our enemies will say we are exploiting this tragic, and (as the President said) disgraceful, story—as if there were some other way to bring about change.

My response: I too have daughters—the three youngest pictured here just after this most recent Thanksgiving. 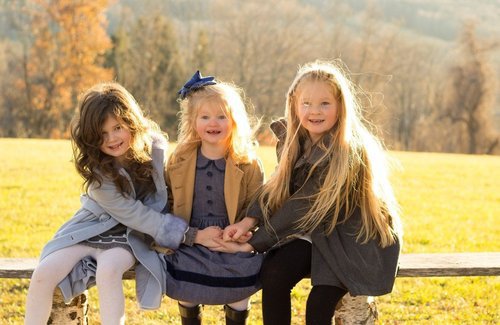 I don’t want them bleeding out their lives on a San Francisco quay or shattered on some Virginia road. I worry about their future if the Left succeeds in Electing A New People.

That’s why I have been up since dawn writing this Appeal for VDARE.com. And it’s why I’m asking you to help us, and my little daughters, now.