Dangerous menaces are spreading from mainland China to the United States. Surgical masks and Big Pharma vaccines, however, won't protect this nation from its infiltration. The problem doesn't lie with bats. It lies with America's batty pursuit of globalization at all costs.

Chinese Communist Party agents are using our suicidal pathologies—blind worship of "diversity," naive exaltation of "cultural exchange" programs, and reckless surrender of our education system—against us for economic espionage, intellectual property theft and world dominance. While Beltway blowhards rail against foreign interference in our elections, Beijing's hijacking of our classrooms ensues with hardly a peep of political resistance. 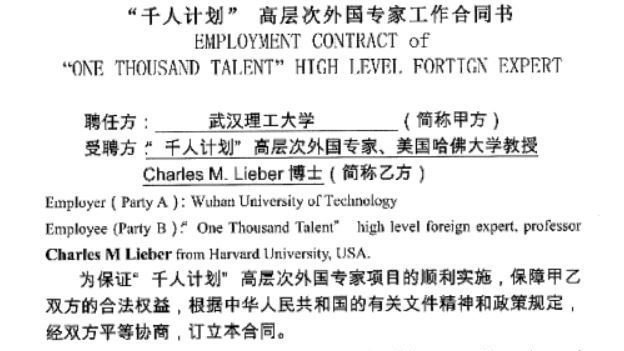 On Monday, the U.S. Attorney's Office in Boston announced that the chairman of Harvard University's Chemistry and Chemical Biology Department, along with two Chinese nationals, have been "charged in connection with aiding the People's Republic of China." Acclaimed Harvard chemist and nanoscientist, Dr. Charles Lieber, had served as a "strategic scientist" at Wuhan University of Technology for the past nine years and is accused of lying about his role as a "contractual participant" of China's infamous Thousand Talents Plan.

Last fall, after years of intel warnings, a bipartisan Senate committee blew the whistle on TTP's systematic recruitment of an estimated 7,000 academics who have agreed to "transmit the knowledge and research they gain here to China in exchange for salaries, research funding, lab space, and other incentives." Lieber reportedly received $50,000 a month plus living expenses and more than $1.5 million for a Chinese research lab, all while soaking up $15 million in federal grants from the National Institutes of Health and Defense Department.

It is unknown how many Chinese nationals worked in either Lieber's America-based or China-based labs. But the two Chinese nationals charged with Lieber were cancer researcher Zaosong Zheng, 29, whom Harvard sponsored on a J-1 work-study exchange visa and Yanqing Ye, 29, whom Boston University sponsored on a J-1. Prosecutors allege Ye is a CCP member and top military lieutenant. Zheng is accused of attempting to smuggle "21 vials of biological research" aboard a flight destined for China.

Those are just a few who got caught. In 2018-2019, China sent the most international students from around the world (369,548 out of nearly 1.1 million) to study in U.S. institutions. More than 71,000 Chinese students headed to Massachusetts; 6,222 of them embedded at Harvard and 10,598 of them enrolled at Boston University. Those figures don't include their spouses and children, who are also welcomed through their own special visa programs. (And the national security risks of the untold tens of thousands of Chinese nationals on the H-1B tech worker visa is a whole 'nuther story.)

China has cunningly exploited America's alphabet soup of temporary visa programs, which are overwhelmed by out-of-control mass migration and are operated by open borders ideologues who put the alleged economic benefits of admitting 1 million international students into the country every year over the national security risks. Top administrators at Harvard and other prestigious universities have continually denounced the Trump administration for increasing vetting of foreign student visas and inconveniencing their wealthy clientele.

But mum's the word on the treachery taking place under the guise of "cultural" enrichment:

Where's a nationwide public health emergency declaration when you need one?