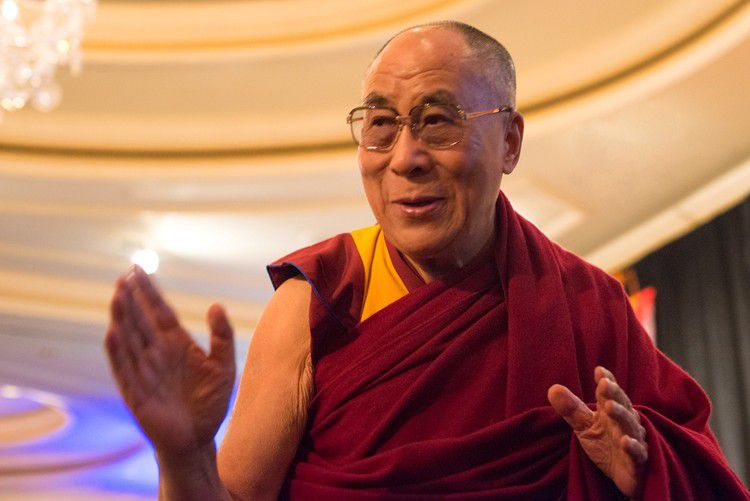 But the world’s most famous refugee has some surprising views on immigration.
In a speech last year he said that refugees to the European Union should ultimately return home, adding that “Europe is for Europeans”, a statement he stood by when I challenged him on it.

“European countries should take these refugees and give them education and training, and the aim is return to their own land with certain skills,” he said.

The Dalai Lama believes the end game should be to rebuild the countries people have fled. But with some 70 million people displaced across the world according to the latest figures, what if people want to stay?

“A limited number is OK, but the whole of Europe [will] eventually become Muslim country, African country – impossible,” he said. A controversial viewpoint, and a reminder that while the Dalai Lama is a spiritual figurehead he is also a politician with views and opinions like everyone else.

This comment by the Dalai Lama is both Islamophobic and racist. He forgets that "Europe" as we know it is a product of colonisation. People of African origin coming to Europe can say to white supremacists in Europe, "We are here because you were there"! https://t.co/j2Du4m9PzW

Somebody should ask the Dalai Lama about the increasingly popular idea that immigration is Karmic Vengeance for your ancestors’ sins.