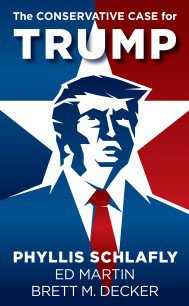 Anti-patriot hatred never rests. Hollywood has launched a new character assassination vehicle targeting the late great Phyllis Schlafly. "Mrs. America" debuts on FX on Hulu this week with liberal actress Cate Blanchett starring as the traditionalist Catholic conservative activist who defeated the so-called Equal Rights Amendment in the 1970s and went on to helm the influential Eagle Forum until her death at 92 in 2016.

Blanchett, who also served as executive producer on the project, denies any bias against Schlafly and points to the entire movie staff's refusal to speak with any of her family members as proof of its neutrality. But blocking input from those who knew the phenomenal matriarch, lawyer and author of more than 20 books conveniently allowed the Tinseltown fable-tellers to fabricate calumnious scenes out of thin air—including a fantastical depiction of Schlafly's devoted husband, Fred, forcing the female conservative icon to have sex against her will.

With the couple both deceased and family members unable to defend their marriage of 44 years, nobody and nothing stood in the way of Blanchett and Co. disseminating a cunning lie crafted to cast conservative women as abused captives with no independent agency behind closed doors.

Anne Schlafly Cori, one of Schlafly's six children and chair of the Eagle Forum, vigorously refuted Blanchett's depiction of her mother in trailers released ahead of this Wednesday's premiere. "Her acting is cold, cruel, and calculating," she told Vanity Fair. "Phyllis Schlafly was warm and gracious and her beliefs were sincere. Women idolized Phyllis Schlafly."

I can testify to this firsthand. As a young conservative writer in the early 1990s, the Phyllis Schlafly Report greatly influenced my views on education, feminism, multiculturalism and immigration. (For my first newspaper column photo at the Los Angeles Daily News, I even emulated her trademark bun.) I admired Schlafly's intellect, vigilance, style, grace, prolific output and commitment to family. In my travels as a journalist, I met legions of women inspired by Schlafly to run for school board and local and statewide offices on behalf of their families, faith and nation. 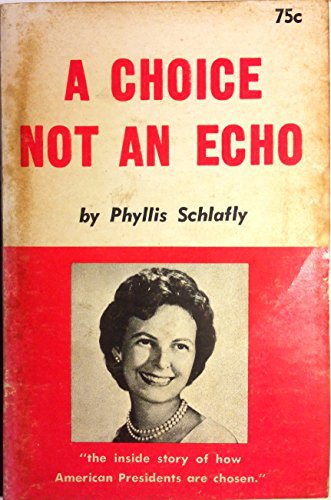 Schlafly was as down-to-earth in person as her column voice and TV debates—and contrary to a Wall Street Journal movie reviewer's attack on her "resentment" and "rage," she was the quintessential happy warrior with a twinkle in her eyes. Far from the "lone wolf" portrayal of Schlafly in "Mrs. America," Schlafly was constantly surrounded by old and new proteges and mentees. After publication of my first book, "Invasion," in 2002, I was honored to receive an "Eagle Award" from Schlafly and the Eagle Forum for "articulate leadership in bringing the truth to the American people." A plaque signed by Schlafly hangs in my home office. I am just one of thousands of conservative activists, volunteers, elected officials and media personalities who have received the honor since 1972.

The "Mrs. America" that nationalist conservatives honor was ahead of the curve on the issues that defined the presidential campaign of Donald Trump, whom she endorsed in March 2016. Long before "drain the swamp" became a MAGA meme, Schlafly had called out the "secret kingmakers" of the Republican establishment in her seminal book, "A Choice Not an Echo," [PDF] way back in 1964. Those East Coast power brokers and financiers propped up liberal GOP ciphers, she wrote, to "preserve their America Last foreign policy" and "foreign giveaways." Today, the new generation of donor-class elites work in backrooms to serve the same "Open Borders Inc." agenda—and many are embedded in the Trump White House undermining it from within while stabbing American students, workers and taxpayers in the back.

If Pat Buchanan is the godfather of "America First," Phyllis Schlafly is its godmother. For decades, she relentlessly lambasted globalism, unfair trade deals and border anarchy—earning derision from both the establishment left and right in Washington (along with the smear merchants at the Southern Poverty Law Center) as being "racist," anti-Semitic" and "bigoted." Highlighting one of the Eagle Forum's most important reports in 2014 on "How Mass (Legal) Immigration Dooms a Conservative Republican Party," Schlafly called out the cheap foreign labor lobby suppressing American workers' wages.

Importing 1 million new foreigners every year whose socialist and left-leaning voting patterns are stubbornly unmalleable, on top of the 20 million illegal immigrants constantly clamoring for amnesty, is a recipe for GOP suicide and American collapse. "Outreach" is futile, Schlafly warned, without "reducing the number of immigrants allowed into the country each year. If legal immigration is not reduced, it will be nearly impossible for conservatives to be successful on the issues we care about."

As ever, Mrs. America's fierce clarity is more relevant than ever as big business, big tech, big ag and big academia oppose the will of the people for an immigration moratorium in the age of the ChiCom virus. Hollywood has done the "American First" movement an invaluable favor by bringing renewed attention to the wisdom and patriotism of Phyllis Schlafly. It's up to the rest of us to reclaim her true legacy—and fulfill it.