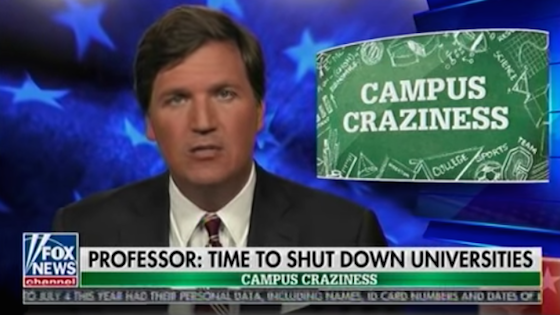 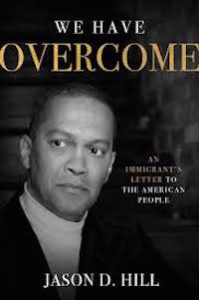 Tucker Carlson has had liberal university malfeasance in his sights for some time, but it’s a new message that America should shut the whole thing down. Specifically, that idea comes from Professor Jason Hill, who has written a book on the subject, We Have Overcome: An Immigrant’s Letter to the American People.

Hill appeared with Tucker on Friday, following a recent article by the professor.

TUCKER CARLSON: Jason Hill is a professor of philosophy at DePaul University, but if we follow his advice he could soon be unemployed he just published a remarkable piece in The Hill newspaper saying that universities —and he’s worked in them for a long time — have become so overwhelmed by identity politics, socialism, anti-Americanism and dumbness that essentially they’re beyond saving.

He suggests that taxpayers and private donors pull funding and let the whole system collapse for the betterment of the country. Professor Hill is also the author of the book We Have Overcome which I have not read but plan to because his piece is literally that good. . .

PROFESSOR JASON HILL: I think these Bolshevik-loving welfare scholars have basically hijacked the system and are indoctrinating our students with not just anti-American invectives, but against the very core values that form our republic — capitalism, free speech, the morality of wealth creation.

Certainly many schools have become nothing but leftist training camps, worthy of Pol Pot. Many a young person has become unrecognizable to family when they return home after a thorough brainwashing. A 2017 report from Pew pollsters showed that a majority of Republicans see colleges as a negative influence on the nation.

Here’s the article from Professor Hill that got Tucker’s attention:

A professor’s call to shut down our nation’s universities, The Hill, By Jason D. Hill, July 16, 2018

Thirty-three years ago, when I entered college, left-wing ideologies dominated American universities, and especially the humanities and social sciences. But one still could get a fair, balanced education by consulting traditional canonical texts that countered the dogma. Free speech was alive on college campuses. There were hisses and boos, of course, but for the most part, hearing perspectives different from your own was considered essential to your education. Few of us lived in our own curated silos.

Today, after 22 years of being a college professor, and having traveled much of America to lecture, I am sad to say the situation is not the same. The core principles and foundations that keep the United States intact, that provide our citizens with their civic personalities and national identities, are being annihilated. The gravest internal threat to this country is not illegal aliens; it is leftist professors who are waging a war against America and teaching our young people to hate this country.

Our universities risk losing their status as learning sites and becoming national security threats. We need to defund them, disband and rebuild them with conservative principles — that is, values advocating individualism, capitalism, Americanism, free speech, self-reliance and the morality of wealth creation.

When the term “Western civilization” is equated with racism, cultural superiority and pervasive oppression, and students in my political philosophy class refuse to study the works of John Stuart Mill or John Locke (or any other white thinker) because they consider them white supremacists, there is no lower level of educational hell. The manifest destiny of the humanities and social science professoriat is to have politicized knowledge supersede truth, objectivity, facts and genuine learning.

There are many social ills taking place in the academy, but the cultural relativists who rule its turf would abolish reason, rational argument, appeal to traditional canonical texts as evidence for objective truths about our world, and belief in an objective reality. Too often, they deride reason as a Eurocentric creation used to rationalize the existence of colonialism, slavery and genocide of native peoples.

Ordinarily, the best way to counter an intellectual adversary is through a contest of rational faculties. The person with reality on his or her side, with the best relevant facts and strongest arguments, usually wins. But today’s scholars in humanities and social sciences increasingly declare that modern argumentation is a white, Western form of domination and linguistic imperialism that silences racial and ethnic minorities and devalues their “lived experiences.”

One cannot argue with such people. The only alternative is to shut them down.