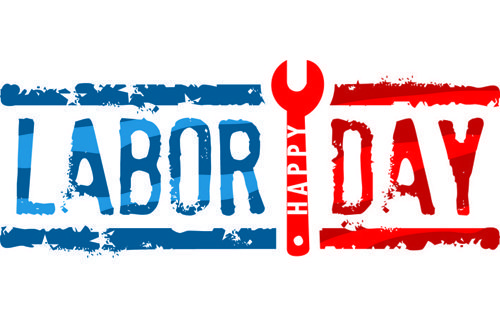 Labor Day And Immigration—Two Ways Of Looking At It

It’s Labor Day, and as Edwin S. Rubenstein points out the relentless displacement of American workers by immigrants has resumed right on cue. You almost never read about this displacement in the Main Stream Media. But, traditionally, the MSM does carry two types of Labor Day-and-immigration articles: There aren’t many of those in the MSM. But there is one this year, in the Daily Caller, by black conservative and immigration patriot Peter Kirsanow, whose father was an immigrant from Russia.

The data are clear. Employment prospects for young people, low-skilled workers, and African-Americans continue to be dismal. When the unemployment rate in a population is over 8 percent, as it is for all three groups, you don’t have a shortage of labor – you have a surplus. It is clear that illegal immigration, and low-skilled immigration generally, has a devastating effect on the jobs and wages of low-skilled Americans, particularly low-skilled African-Americans and young Americans. Yet Big Business, Big Labor, the tech elites of Silicon Valley, politicians from both parties, and racial solidarity organizations continue to prioritize their narrow sectarian interests over the well-being of American citizens. This Labor Day weekend, I ask: Who will speak for the American worker?

It’s true that blacks—and especially black teens—are as the saying goes, “hardest hit” by immigration, but in a conservative outlet, it might be worth mentioning that there also are all those white men and women losing jobs to immigrants.

Also, there’s nothing to stop a white teen needing a summer job—and white parents, who might vote Republican if someone like Donald Trump is elected, find it extremely difficult to find jobs for their kids. It seems the local McDonald’s wants Spanish speakers….

That’s what you almost always see in the Main Stream Media.

The last two authors, Perrone and López, are leaders of The United Food & Commercial Workers International Union, an organization not dedicated to protecting American workers and legal immigrants from immigrant competition. Of course, there’s a classic values dissonance between the concept of Labor Day, and the importation of cheap labor.

The 19th Century labor leaders who began the custom of celebrating Labor Day were dead set against immigrant displacement of American workers—even if, as frequently happened, the leaders were immigrants themselves.

Samuel Gompers, who founded the American Federation of labor, was born in London in 1850. He said in 1921 that “Every citizen of the United States should make protest against the influx of people from other countries” because there were, at that time 5,000,000 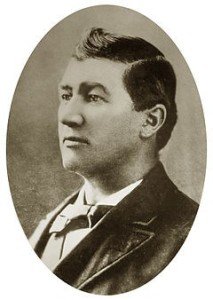 unemployed. Dennis Kearney (right)the West Coast labor leader, was born in County Cork in the 1840s, and founded the Workingman's Party of California in the 1870s. He got a mention in VDARE.com Editor Peter Brimelow’s much-denounced 1995 book Alien Nation: Common Sense About America’s Immigration Disaster

So the first kind of Labor Day piece is overwhelmingly outnumbered in the Main Stream Media. But who cares? Thanks to the miracle of the internet (and the generosity of American patriots) it’s an annual tradition at VDARE.com. See our archive below.

A Happy Labor Day to all our readers!