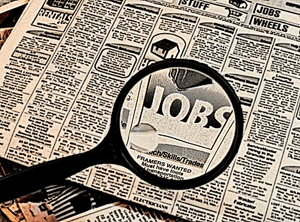 Right in time for Labor Day, immigrant displacement of American workers has resumed—confirming the trend that has characterized the Obama era. Even worse, government data suggests that, also unnoticed by the political class, illegal immigration is surging again.

U.S. employers added 173,000 employees last month, the smallest increase since March and the second smallest gain of the year, the government reported Friday. Unemployment, meanwhile, fell to 5.1%, its lowest level since March 2008, before the Great Recession hit with full force.

August job numbers are always iffy. People are away on vacations, so the response to the employment surveys is smaller than usual. Over the past five years the government has revised upward the number of August jobs by an average of 77,000. One August—I think it was 2011—the government initially reported zero job growth, only to revise it mightily, to 200,000 plus, the following month.

Unfortunately the “other” employment survey, of households rather than employers, is never revised after its initial release. This is the survey that breaks total employment into its foreign-born and native-born components. So we cannot expect the dismal news in this employment report to be tempered in the next employment report.

And it was dismal. In August:

The 318,000 gain in immigrant employment last month was the highest monthly increase since September 2014, when immigrants gained 356,000 jobs. It comes after two successive months in which native-born American workers gained, and immigrant workers lost jobs.

In other words, it marks a return to what has passed for “normal” during recent years.

Native-born American workers have lost ground to their foreign-born competitors throughout the Obama years, a trend that is made clear in our New VDARE.com American Worker Displacement Index (NVDAWDI) graphic:

Immigrant employment has risen five times faster than native-born American employment—15% versus 3%—during the Obama years. In many unskilled occupations, the job growth gap is far larger, owing to the disproportionate number of foreign-born workers.

The presence of foreign-born workers lowers wages for all Americans. Harvard Professor George Borjas estimates that immigrants arriving between 1980 and 2000 reduced the average annual earnings of native-born males by about 4%. [The Labor Demand Curve is Downward Sloping: Reexamining the Impact of Immigration on the Labor Market, Quarterly Journal of Economics, November 2003] Among high school dropouts, who roughly correspond to the poorest tenth of the workforce, the impact was even larger—a 7.4% wage reduction. Nor are native-born college graduates immune; their income is 3.6% lower due to the two decades worth of competing immigrants.

And this helps explain why wages have risen an average of only 2% per annum over the past few years, well below what was the norm the last time unemployment rates were this low for this long.

The key displacement metric is the immigrant share of total U.S. employment. In February 2009, President Obama’s first full month in office, 14.97% of all persons working in the U.S. were foreign-born, according to that month’s Household Employment Survey. Since then the foreign-born share has risen steadily, albeit erratically:

August’s immigrant employment share was 1.73 percentage points above the level recorded at the start of Obama’s administration.

With national employment in August at 149.04 million, every one percentage point rise in the foreign-born employment share translates to as many as 1,490,400 displaced native-born workers. This means that Obama-era immigration may have pushed as many as 2.58 million (1.73 times 1,490,400) native-born Americans onto the unemployment rolls.

From August 2014 to August 2015: And, as for several months now, there is the mystery of population growth. As per the table above, BLS estimates the working-age population of immigrants has increased by 1.0 million, or 2.5%, over the past 12 months. This is lower than the growth rate reported in recent months, but still above what Homeland Security reports for legal entrants of all ages. Obvious implication: illegal immigration is on the rise again.

In fact, the inflow may be greater than appears at first site. Immigrants die; immigrants leave the country. So the gross number of new arrivals must be even greater than the net population growth figures reveal.