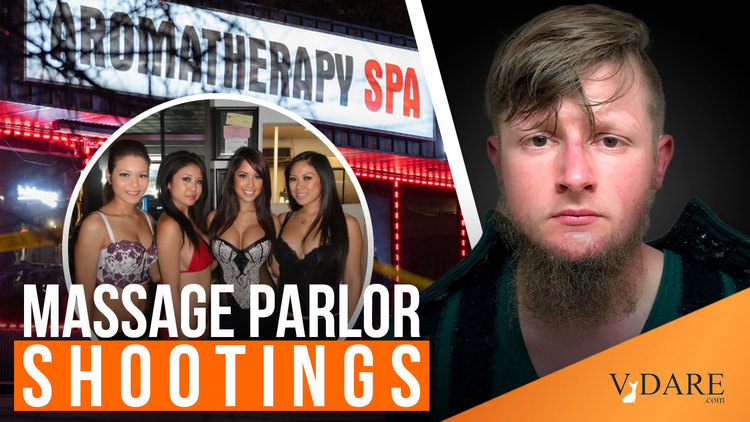 JOHN DERBYSHIRE: “With Terror And Slaughter Return”—Asian Americans’ Problem Is NOT “White Supremacy”

OK, it’s obvious to everyone that the world has gone mad. My helpful suggestion: Kipling explained it all 102 years ago in a poem titled "The Gods of the Copybook Headings."

There's a reading of it on my personal website. I start off by explaining the poem's title:

A copybook was an exercise book used to practice one's handwriting in. The pages were blank except for horizontal rulings and a printed specimen of perfect handwriting at the top. You were supposed to copy this specimen all down the page. The specimens were proverbs or quotations, or little commonplace hortatory or admonitory sayings … These were the copybook headings.

As it will be in the future, it was at the birth of Man —
There are only four things certain since Social Progress began: —
That the Dog returns to his Vomit and the Sow returns to her Mire,
And the burnt Fool's bandaged finger goes wabbling back to the Fire;

It's our nature as social beings that often blinds us to even quite simple realities. The calm satisfaction of observing and acknowledging everyday reality is no match for the great psychic rewards we get from worshipping the Gods of the Market Place—of following the March of Mankind.

The message we're getting here from the Gods of the Market Place is, that because the sinister, evil Donald Trump told us that Covid-19 was a Chinese virus, his followers—who are, of course, all gap-toothed white supremacist persecutors of nonwhites—have been attacking anyone who looks Asian: sucker-punching them,  shoving them under subway trains, and so on.

The problem with that narrative is, as even the normally race-shy Tucker Carlson noted in his March 18th show (at 6m22s here), quoting figures from the Bureau of Justice Statistics, that blacks are far more likely than any other race to attack Asian Americans.

Asian-Americans do suffer quite a few violent attacks in this country, unfortunately, but there’s zero evidence that a rise in White supremacy is driving those attacks. We don’t have to guess about this, because the Justice Department keeps the numbers. According to federal statistics, African-American perpetrators are more likely than any other group to attack Asian-Americans. It happens quite a bit.

If you think about it, that’s not surprising. For one thing, Asians run a lot of small stores and take-out restaurants in inner-city neighborhoods—the kinds of places that get robbed a lot by street criminals, who are disproportionately black. 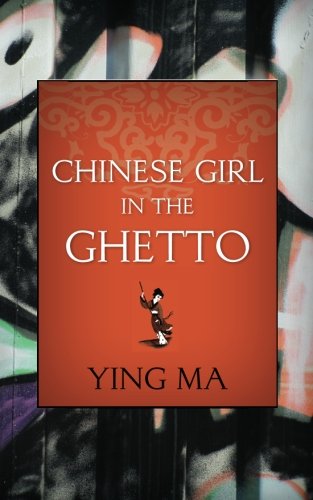 For further insights here I recommend Ying Ma's book Chinese Girl in the Ghetto, which I passed some comments on at National Review when it first came out back in 2011 (shortly before National Review purged me).

Ying Ma came to the U.S.A. in the 1980s when she was aged eight or nine. Her family lived in the ghetto of Oakland, California. In her book she writes about her experiences growing up an Asian immigrant among America's urban poor. I wrote:

Ying Ma is particularly unsparing on the casual racism of ghetto blacks: a taboo topic in polite society, but common currency in the conversation of Chinese immigrants.

The book’s strongest impression, though, is of the stoical toughness of the author and her family, a toughness constrained and civilized by the ancient humanist tradition of their homeland. Tigers indeed; but with the hearts and sensibilities of philosophers.

So this narrative from the Gods of the Market Place about white supremacists beating up on Asians is baloney.

But then, just as I was rolling my eyes and scoffing, along came a Great White Defendant, who for a moment looked as if he might rescue the Narrative.

This was 21-year-old Robert Aaron Long, a white man from Georgia, who shot nine people at three massage parlors in Atlanta Tuesday night. Eight of the nine died, the ninth is in hospital, seriously injured but stable.

The South Korean Embassy tells us four of these ladies were Korean. I'm having trouble squaring that with the names as printed. Only three names are plainly Korean; the other three look distinctly Chinese.

There is room for confusion in the transcription of Asian names, though, so I'll make due allowances.

Long has himself denied any racial motive for his crime; no one else, including that roommate, has offered evidence of any such motive.

My best guess is that yes, there were some young cuties working at those places, but that the women Robert Long shot were front-office personnel—owners and their relatives doing cash register duty.

Perhaps Long, in his imagination, blamed these older women for leading him into sin—who knows?

From a VDARE.com point of view an interesting question here is: what was the immigration status of the deceased? What's the status of the other workers at these parlors?

We haven't been told anything about this and I'm guessing we won't be.

Certainly there are illegal aliens from the Far East working in establishments of this kind in the Western world, Our own Patrick Cleburne, back in 2008, posted an account of a big people-smuggling racket for this purpose run into Britain out of China's Fujian Province.

But we have no information about this out of Atlanta. And I doubt we'll get any.

Nor can I find any news stories about girl-smuggling rings into the U.S.A. like the one that Cleburne reported on in Britain. With ICE now prevented from well-nigh any kind of interior enforcement at all, I doubt we shall see any such stories during the Biden Regime.

We shall, however, get many, many more stories about how it's all Donald Trump's fault.

FOOTNOTE: I note with a broad grin this story out of San Francisco. This one is actually on the Narrative side of the topic, a white man assaulting a Chinese woman. Sure, it happens; but statistically it's an outlier.

Wednesday last week a 76-year-old Chinese lady was standing on the curb waiting to cross the street when a 39-year-old white man, a stranger, punched her in the face. The Chinese lady picked up a large piece of wood lying nearby and began whacking the guy with it. 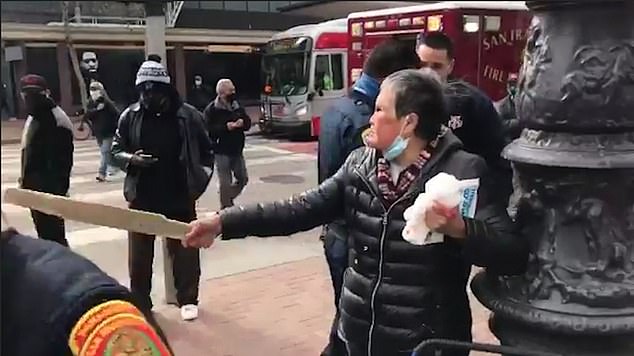 Final score: Chinese lady 1, assailant 0. In fact he had to be taken away to hospital on an ambulance stretcher. The Chinese lady was still upright and still swinging: police had to restrain her as the attacker was carried away ['She wanted more of the guy. The police were holding her back': Asian woman, 76, beats attacker, 39, with a stick and sends him to hospital after he punched her in the face in San Francisco, Daily Mail, March 18, 2021].