When Hillary Clinton finally retires from public life, my reaction will be similar that of Samuel Johnson’s publisher, Andrew Millar, after years of editorial struggle to get his Dictionary written and published—Thank God we have done with her!

She's still around though, and I have to deliver to you the news about her doings.

Fortunately this week's news is good—heart-warming, in fact. At any rate, I came away from it smiling and chuckling.

Hillary has a new book out, telling us all how wonderful she is, and what a great job she did as Secretary of State. The good news is, that the book is being greeted with well-nigh uncontrollable apathy. First week sales are about one hundred thousand. That's one-fifth of the first week sales for Sarah Palin's book back in 2009. By midweek Hillary's book was being beaten in the Amazon sales rankings by a book titled 10-Day Green Smoothie Cleanse: Lose Up to 15 Pounds in 10 Days!

Hillary hasn't done much better on the TV talk-show circuit. She got two big prime-time interviews on cable news Tuesday evening, but ratings were lackluster.

Looks like people don't much want to hear what Hillary has to say. Perhaps we're getting close to Millar time—that blessed day when we can say: "Thank God we have done with her!"

There has been an interesting little counter-current in the Hillary talk recently, though. The argument is, in a nutshell, that Hillary is skilfully positioning herself to reap the white working- and middle-class vote in 2016.

One thing that got this counter-current flowing was a remark she passed in one of those cable TV interviews on Tuesday. Here's the interviewer asking whether these Central American illegals should be sent back:

[Clip: AMANPOUR: So, you're saying they should be sent back now?

CLINTON: Well, they should be sent back as soon as it can be determined who responsible adults in their families are, because there are concerns about whether all of them can be sent back. But I think all of them who can be should be reunited with their families… But we have so to send a clear message, just because your child gets across the border, that doesn't mean the child gets to stay. So, we don't want to send a message that is contrary to our laws or will encourage more children to make that dangerous journey.

Sure, it's all dressed up in qualifying clauses so she can weasel out of it later; and sure, it all came prefaced with a lot of furrowed-brow, hand-wringing fake concern for the kiddies, the dear little kiddies—in fact these illegals, to judge from the photographs, are mostly teenage gang members—but it's still amazing to hear a Democrat politician with presidential ambitions say yes, send 'em back.

And several of the more cynical kinds of commenters, recalling the Elián González business, have observed that Mrs. Clinton apparently supported the deportation of that illegal-alien minor.

Lloyd Green at the Daily Beast picked up the theme, and did a nice piece pointing out that women are actually a majority of the electorate, and that among white voters, Hillary only trails among evangelicals—a fairly static and localized group. [GOP’s Biggest 2016 Problem: Clinton’s Numbers Among White Voters, June 9, 2014]

I'd add to that the observation that to the degree left-liberalism handicaps a Democrat with working-class whites, Hillary will benefit from coming after Obama, by comparison with whom she looks almost moderate.

Lloyd Green says the following thing, quote: "If the GOP cannot capture working-class votes outside of the South, it will again face defeat."

I think that's right. So here's the question: What are the odds the GOP can do that - capture working-class votes outside of the South?

Here's the answer: No, not unless they undertake some really radical changes in their personnel. 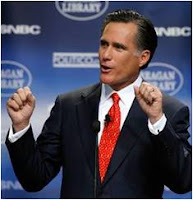 You know the story here. In 2012 Romney was the candidate of the GOP donors: The bankers, Chambers of Commerce, Business Roundtable, the cheap labor, open-borders lobbies in Silicon Valley and the hotel and casino industries. That got him lots of campaign cash and TV ads, but not much in the way of enthusiastic foot soldiers manning the phones and ringing the doorbells. On Election Day the white working-class either stayed home or voted for Obama. With the blacks, the Mexicans, the Asians, the homosexuals, the public-sector worker cartels, the media, and guilty white liberals from the college towns, that put Obama over the top.

Well, a poll of likely Republican primary voters in New Hampshire the other day turned up 25 percent favoring Romney as the party's candidate in 2016, making him the front-runner.

That's not quite as bizarre as it seems. For one thing, 25 percent of Republican primary voters is one in ten of the electorate. A third of GOP voters polled were undecided. For another, all but one of Romney's main competitors in the poll are just as locked in to the big-money donors as Romney is: I'm talking about Chris Christie, Jeb Bush, and Ted Cruz. The outlier is Rand Paul, whom people seem to think is some kind of maverick. I don't believe it. To judge by Paul's shucking and jiving on amnesty, the donors have him surrounded and unhorsed.

Majority Leader and Mitt Romney clone Eric Cantor went down to defeat in his Virginia primary to college lecturer David Brat, who had hammered him on the Amnesty issue. Cantor, I should say, took his defeat without blaming or complaining, as indeed Romney did in 2012. Policies aside, Eric Cantor's obviously a grown-up and a gentleman. I wish him good luck in his future career, and peace of mind and good health too.

Following his defeat Cantor resigned his House leadership position, so the GOP members elected a new Majority Leader: Kevin McCarthy, a fourth-term 49-year-old white male from Bakersfield, California. McCarthy is even more of a donor shill than Cantor was. On immigration issues, for example, his NumbersUSA grade is F-, the lowest possible. Cantor was a C+.

Writing up McCarthy's election in The Hill—that's the Congressional newsletter—reporter Russell Berman says this, quote: "In swapping the buttoned-up Cantor for the sunnier McCarthy, lawmakers say the major change will not be policy but personality." [House GOP elects new leadership team, June 19, 2014]

Here's my suggestion for the Republican Party, nicknamed the GOP for "Grand Old Party." In the interests of honesty and transparency, why not change your name to the Donorist Party, and your nickname to COP?—for "Clueless Old Party."