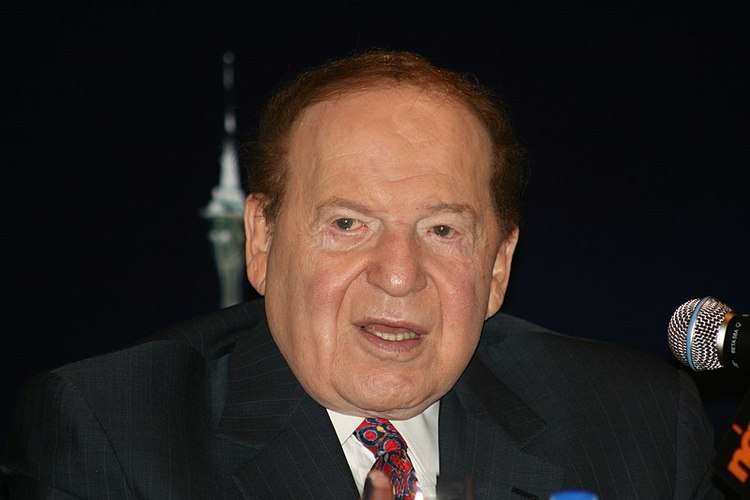 Sheldon Adelson: Wonderful what you can buy with money!

Watching Mitt Romney’s feeble and flat-footed response to being decisively out-Hispandered by President Obama last week produces in the first instance astonishment at the amateurishness displayed.

The Youth Amnesty was after all just an extension of the Obamacrat Administrative Amnesty strategy decisively ramped up last August and extensively denounced not just by us, but by even the most timid Establishment Immigration Restraint outfits. Couldn’t the Romney operatives see this coming?

Romney’s handlers did not even have the brains to tell him to take shelter behind the undeniable Constitutional issue. (Which I see Alberto Gonzales, Dubya’s appalling open-borders Attorney General, accepts: Alberto Gonzales Thinks Obama May Have Overstepped on Immigration Policy by Andre Tartar New York Magazine 6/16/12)

Unfortunately Patriots have a worse possibility to consider - especially considering the only public comments Romney made on Saturday, the day after Obama’s coup d’état, were to further alienate the Ron Paul vote by saber rattling about Iran.

Romney’s recent remarks make it plain that despite noises in the primaries he is willing to accept de facto amnesty. It looks very much as if we have to ask about Romney what I asked in January about a rival: Gingrich Sells American Foreign Policy To Sheldon Adelson – Immigration Policy Too?

Conservative casino magnate Sheldon Adelson has reportedly pledged a total of $35 million to three conservative nonprofits: the Karl Rove–linked Crossroads GPS, an unspecified group with ties to the Koch brothers, and a third affiliated with House Majority Leader Eric Cantor. This is in addition to the $10 million he gave to pro-Romney super-PAC Restoring Our Future last week… Sources say he's ready to commit $100 million to right-wing causes and candidates this year.

Adelson dwarfs the contributions of other billionaires, as Forbes noted in Sheldon Adelson Tops Romney Donor List That Now Includes 32 Billionaires Clare O’Connor 6/13/2012. The other 31 Billionaires cited in the story had only given a total of $17.45 million – and several of them are neoconservatives too.

Adelson is an extremist on Israel – George W. Bush is reported to have described him as "this crazy Jewish billionaire" because of being harangued by Adelson on the subject.

As far as I know, there is no public record of his views on immigration. But Jews on the Right as well as the Left are very rarely good on immigration. Furthermore as a employer of large quantities of low skilled labor – as Adelson is in his Nevada Casino operations – he is very likely to be a blind open borders enthusiast (except for Israel).

Connie Bruck reports Shelly Berkley, the current Congresswoman from Las Vegas (previously employed and fired by Adelson) saying he told her he was determined to “break the back” of the long entrenched Culinary Union there. The probability is that Adelson is as solid a member of the Cheap Labor Lobby as he is the Israel Lobby.

I suspect Adelson’s influence was behind the curious and self-destructive forays into Amnesty by the Gingrich campaign.

There has been a peculiar pattern to the behavior of the GOP leadership on Administrative Amnesty. This Hispandering enthusiasm makes no quantitative sense. Some malign influence is at work.

The question has to be asked: is Sheldon Adelson good for the Americans?